Featuring patchwork motifs, shearling, and flower-power dresses, the 60s are back according to Maria Grazia Chiuri 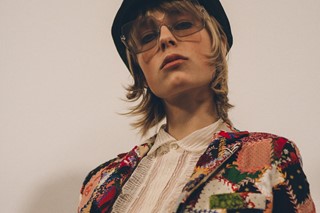 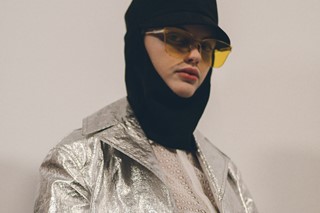 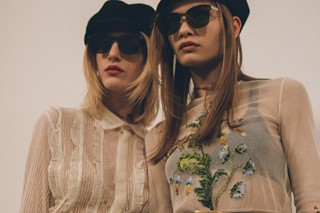 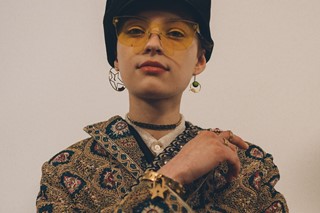 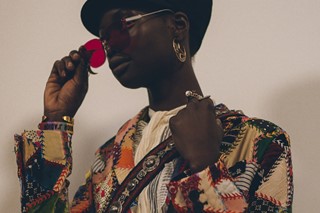 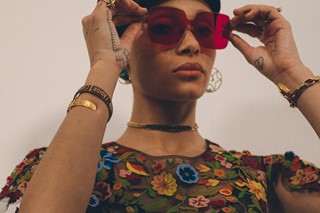 It was mere weeks ago since we sat down to watch Maria Grazia Chiuri’s SS18 Surrealist-inspired Dior couture show, but here we are again. For AW18, Chiuri once again looked to a formidable woman for inspiration, this time in the form of Diana Vreeland, as well as the protests of a particular group of young feminists in 1960s Paris. Here’s everything you need to know.

Face of Dior skincare Cara Delevingne sat shoulder to shoulder with Bianca Jagger and Guram Gvasalia on the front row. Also spotted was Selah Marley with possibly the best hair we’ve ever seen, as well as artist, fashion designer and filmmaker Maripol, who’s worked with the likes of Grace Jones, Debbie Harry, and Madonna over the course of her decades-long career.

THE SET WAS COVERED IN COLLAGED POSTERS

From old torn up issues of Vogue from the 60s to placards bearing phrases like: “Women’s rights are human rights” and “I am a woman”. Chiuri’s ongoing support and celebration of liberated and forward-thinking women shows no sign of abating, although this collection was without a slogan tee or some feminist reading material provided on the seats.

MARIA GRAZIA LOOKED TO THE 60s FOR INSPIRATION

Particularly ‘68, which was a big year in Paris thanks to the student protests, as well as in fashion and pop culture history. The late 60s saw a generation of youth rise up to challenge both the morals of their parents’ generation and of their governments, leading Vreeland to coin the term ‘youthquake’. Chiuri was also inspired by a 1966 protest staged by a group of young women outside the Dior store, all bearing signs which read ‘Mini Skirts Forever’. Marc Bohan, then-creative director, was inspired to launch Miss Dior, as he reinterpreted the feminine codes set out by Christian Dior himself.

...WHICH MEANT A LOT OF VINTAGE MOTIFS AND STYLING

Colourful patchwork jackets, fringing, dyed crochet, clashing panelled denim and even a few very space-age silver pieces made up the collection (this was the time when the space race was raging, after all). These were definitely flower children – Teddy Quinlivan hit the catwalk in a diaphanous frilled floral dress, while Adwoa Aboah closed the show in a sheer dress covered in embroidered flowers.They still had an edge though – Adwoa’s peace sign jumper and many of the other looks from the show were paired with heavy biker boots.

AND TO TOP IT ALL OFF…

Accessories came in the form of the house’s iconic saddle bag, baker-boy style hats and brightly coloured sunglasses of huge proportions, that sat in stark contrast to the wave of small frames that have infiltrated the catwalk lately.