In the wake of their fashion week debut, we talk to Eden Loweth and Tom Barratt – the design duo celebrating their own gender-fluid reality 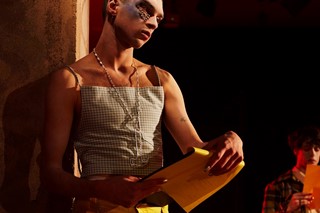 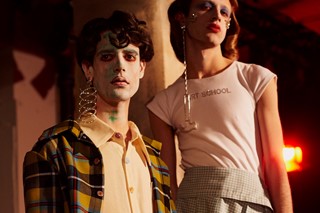 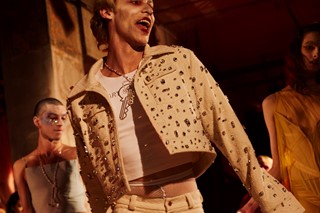 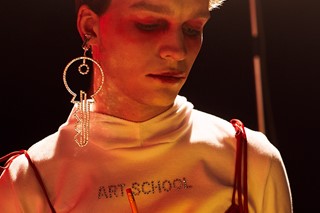 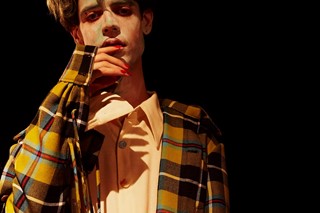 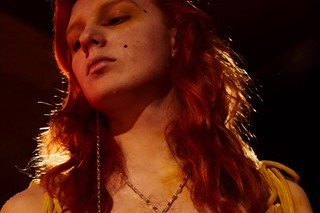 The last couple of years have seen fashion engage in an important and long-overdue conversation about gender. The ramifications of this have been widespread and, largely, positive: the number of trans and non-binary models and muses has never been so high, while brands and retailers are starting to accept a greater fluidity to how people identify – and therefore how they shop. Over in New York, a wave of designers such as Eckhaus Latta, Women’s History Museum and Gogo Graham have very notably brought these ideas to the fore.

There’s been one side-effect to this, though. Perhaps unsurprisingly, big brands are attempting to cash in on the ‘trending’ topic in an attempt to gain press and/or cultural relevancy – for an example of this, see Zara’s ‘ungendered’ range of white t-shirts. That’s why Art School – a new brand focussing on non-binary fashion – is so utterly refreshing. For the designers and their community, queer identity is not a trend but rather their reality. “We're not just trying to jump on a queer bandwagon, this is how we live and see the world,” says Eden Loweth, one-half of the design duo behind the brand.

Yesterday Loweth and his partner Tom Barratt made their fashion week debut at Lulu Kennedy’s emerging talent showcase, Fashion East. Their presentation saw a cast of non-models stage a performance directed by Theo Adams (a performance artist and the director of Theo Adams Company). “Art School got in contact and said they wanted to do something about ‘rehearsal’. So, we had about two hours of rehearsal to create a rehearsal,” Adams explains. “It’s more interesting than people just standing still for two hours.”

Glittering with Swarovski crystals, the garments themselves were designed to “celebrate the queer form” and inspired by legendary dance company the Ballet Russes and radical modernist design school, the Bauhaus. With models singing and dancing freely and expressively, the event felt more like a piece of performance art than a presentation and came as a welcome reminder of the fearless creativity London fashion is synonymous with. Here, Loweth and Barratt introduce Art School and explain why gender is so much more than a trend.

So you’ve just done your first presentation – how do you feel?

Eden Loweth: Surreal. Yeah, it’s been a long time coming for us. We’ve both helped a lot of designers before – I worked for Grace Wales Bonner for two years and Thomas worked for Sadie Williams; and we both helped our friend Marta Jakubowski. So, it’s surreal that it’s us in that position now. Definitely quite overwhelming, for me anyway!

Can you introduce Art School to us?

Eden Loweth: Art School is a celebration of the non-binary body. A big part of the story of Art School is the people around us in our everyday lives, because no one is represented the way that we want to be represented. That’s why I think it’s important there’s this informative element to it as well, because otherwise it doesn’t explain what we’re trying to say.

What are you trying to say?

Tom Barratt: We’re trying to say, ‘Live your fantasy.’ Everyone has something in their mind that is carrying them through the mundane reality of life, because it’s a fucking shithole at the moment and we just need to celebrate what is good, what is art, what is fun.

Eden Loweth: That’s why (the brand) is not either of our names, because it’s a bigger collective than just us. I’ve been overwhelmed by the number of friends who have helped us get to this point.

“It’s not about being gender neutral, it’s about expressing gender, any form of gender – it’s not about wearing a long oversized shirt” – Tom Barratt

Tom Barratt: It’s a lot of different creative people coming together – which could be dangerous, but instead it’s just been one big celebration of what we love. It’s felt more like performance than fashion.

Eden Loweth: We work a lot with the individual on what they’re going to wear. For example Josephine, the girl in the tube dress – that garment was specially made just for her because we know how hard it is as a trans-identified person to go out in the world and put yourself on a stage like that.

Tom Barratt: And she does that everyday. She is an icon of trans identity and that’s why we were like, we need you to be in this show, because you're so important to what we want to say.

Eden Loweth: Fashion East is a big opportunity – we’ve got a slot and people are going to come and see what we have to offer. That’s why it was so important to us to have people – queer, trans, non-binary people – who we find amazing involved.

So how does that focus on queer, trans and non-binary people translate to the clothes?

Eden Loweth: When I’m cutting the clothes, that’s what I have in mind. Anything can be worn on a boy or a girl. I try loads on Tom, I try loads on our friend Anna. When I’m cutting a garment, I don’t think about whether it’s for a boy or a girl. I just make things that I feel like I’d wear. No-one really designs like that at the moment because everyone’s too focused on what the industry wants. Whereas we don’t care what the industry wants.

Tom Barratt: Yeah, we want to move ahead and do it our way. It’s not about being gender neutral, it’s about expressing gender, any form of gender – it’s not about wearing a long oversized shirt.

Can you tell me about the cultural references in this collection?

Eden Loweth: The Ballet Russes and the Bauhaus were the two main references we were looking at. And Derek Jarman too, and his book Chroma.

Tom Barratt: It’s a philosophical book on colour, which I worked from when I was doing my graduate collection too.

Tom Barratt: I’ve taught him well. (laughs) I have a background in art criticism background.

Tell me about that.

Tom Barratt: Well, basically I’ve always been into fashion. I got a foundation in Manchester. But, I loved too many things, like video, performance – I wanted to do it all – but I decided not to do anything and do Art Criticism instead, at Saint Martins.

Eden Loweth: Whereas I went to Ravensbourne, so I didn’t have that Saint Martins experience which was actually a really good thing for me, because I grew up in a different kind of bubble. Then, when me and Tom met, he introduced me to all those references that I’d never heard of before, that have strongly influenced everything that we’ve done since.

Tom Barratt: I think our worlds collided in that moment, and everything came together. So it felt natural to be like, Sod it, let’s just do this. Move in together and do this thing together – it all just aligned.

Tom Barratt: Together, together. Always with each other.

Eden Loweth: It all crosses over, which is hell! No, I’m joking.

Tom Barratt: We could actually do a whole interview about it.

Eden Loweth: It’s not hard for us, but I could imagine it could be. It just naturally fell like this.