At Paris Fashion Week, the haute couture designer beckons in a new era for the house 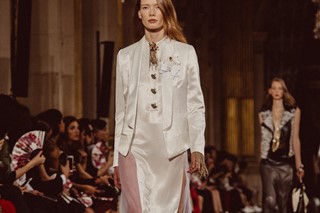 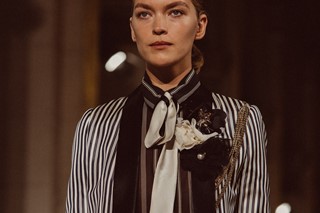 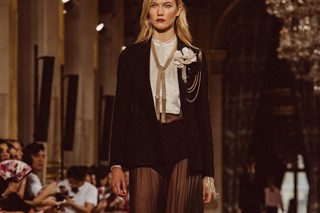 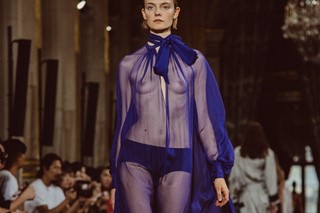 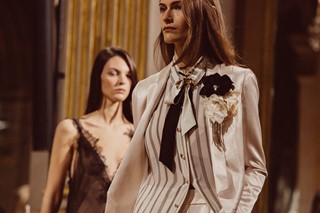 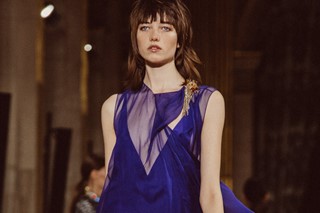 It’s been a rather tumultous year for the house of Lanvin. First came the departure of its creative director of 14 years, Alber Elbaz, who was thought to have left by way of a “mutual agreement”, though it later emerged that he was forced out by the company’s shareholders. According to reports, the announcement of his departure was received with tears and cries of “Alber, Alber, Alber” from the 330-person staff and what followed was quite an ugly war of words and later, a lawsuit. Anyway, in March Lanvin revealed that haute couture designer Bouchra Jarrar, known for her razor-sharp tailoring, would be replacing Elbaz and today she staged her first show.

The event was held within the neo-Renaissance interior of Salon de l’Hôtel de Ville and saw a lot of Jarrar’s tailoring classics hit the runway, along with a series of sheer chiffon gowns. While Elbaz’s vision for Lanvin was characterised by his masterful draping techniques, Jarrar brought something a little more sensuous, complete with flowing silhouettes, feathers and floral appliqués. “For me, Lanvin is femininity,” she said in an interview with The New York Times. “I want there to be lightness, to be pleasure, because we all need pleasure in our lives. And sensuality – a drape in the back of a dress say – but always with a twist, so there is self-assurance and there is modernity.”

To embody this vision, Jarrar enlisted a crop of runway veterans including Grace Hartzel (above), Julia Nobis and Lexi Boling, as well as big-time social girls Jourdan Dunn, Taylor Hill and Karlie Kloss who closed the show. It’s a new era for Lanvin – what do you make of it?