For the first time Christian Lacroix’s couture stage costumes are shown out of France at the National Museum of Singapore. 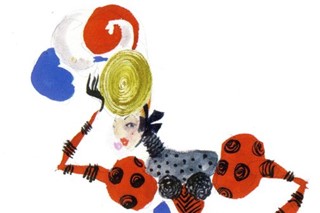 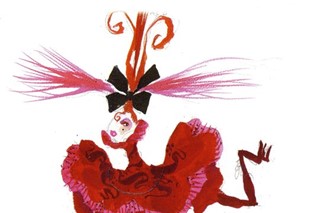 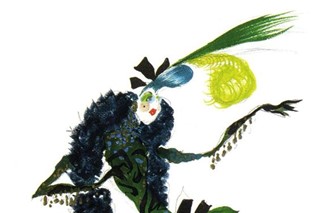 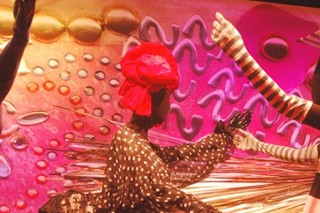 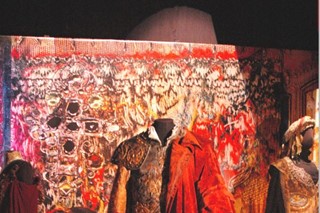 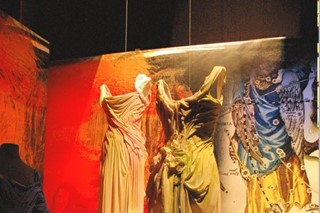 With their costumes for Robert Wilson’s new staging of the romantic opera “Der Freischütz” (The Freeshooter) by Carl Maria von Weber, Viktor & Rolf have recently become the youngest fashion designers to join the long list of couturiers who also worked for the stage. Yet one of the most famous designers who turned costumier, perfectly combining and balancing his passion for fashion with his love for theatricality, is Christian Lacroix.

An exhibition at the National Museum of Singapore, entitled “Christian Lacroix The Costumier” and curated by Delphine Pinasa, is at present celebrating the French designer’s work through 80 spectacular costumes and 60 sketches and illustrations from the collection of the Moulins-based Centre National du Costume de Scène. This is the first time the costumes are shown out of France, so the event has a globally cultural resonance.

As a child Lacroix was deeply fascinated by fairground theatres and shows for children. After the performances he would usually imagine new costumes for the shows he had just seen and then draw them. This first passion prompted him to become a fashion designer and, in 1986, he finally had the chance to work for the first time for the theatre when he met Jean-Luc Tardieu, director of the Maison de la Culture in Nantes, who asked him to design the costumes for Edmond Rostand’s Chantecler. The play had as main characters a group of barn animals and Lacroix devised fantastically extravagant costumes that somehow echoed the animals’ characteristics but did not represent them realistically. When they entered the dimly lit stage, the actors projected with the costume silhouettes Chinese shadows of different animals, but, once the lights went up, the characters looked very different from what the audience had imagined them. The guinea fowl character for example wore a costume that featured black and white polka dot prints used by Lacroix to symbolise the bird’s feathers.

Since this first show and from the next 25 years, Lacroix designed costumes for theatrical productions both in France and abroad, winning twice the Molière Award, France’s national theatre prize for Best Costume Designer, for his work in Phèdre and Cyrano.

A few examples of Lacroix’s talent for mixing the most disparate inspirations are the costumes for Gâité Parisienne (1988), inspired by the Belle Epoque, Henry de Toulouse-Loutrec, the Moulin Rouge and Vincente Minnelli’s musicals; his work for Othello (1995) in which he combined bits and pieces from flea markets such as biker jackets with luxurious fabrics or for Così fan tutte (2006) that featured streetwear such as jersey hoods and historical costumes from the 18th century. For Shéhérazade (2001) Lacroix was instead inspired by a book of the One Thousand and One Night he was given by his grandparents as a child, by Léon Bakst’s costumes for Sergei Diaghilev’s eponymous ballet and by his contemporary designs, from bright red tutus to black and white corsets and turquoise and jade harem pants.
Among the most colourful costumes exhibited there are those for Carmen, staged in 1989 and directed by Antoine Bourseiller. Studying the shades and nuances used by Ignacio Zuloaga and Julio Romero de Torres in their paintings, Lacroix combined in the dresses for this opera traditional Spanish clothes and bullfighters’ uniforms, designing around 350 costumes.

The exploration of Spanish traditions continued in the costumes for Arsa y Toma, a show that chronicled the history of flamenco from tourist attraction to art form and that included both multi-coloured polka dot costumes and more elegant black and grey dresses with pleated skirts.

The embroidered heavy latex armours for Phèdre (1995) and in particular the costume for the Theseus character - the piece that took longer to be made as it needed to be moulded and sculpted, then dried and painted in gold and black - contrast with the lightest tutus Karol Armitage wore in Les Anges Ternis (1987), a show that explored the heritage of classical ballet and became a great collaborative work between choreographer, set designer and costumier.

Lacroix also used colours in his costumes as symbols - the red dresses in Eliogabalo (2004) were wearable metaphors for sex, passion, violence and ultimately death - and collaborated with other artists such as jewellery maker Claude Arpels incorporating in his velvet corsets and long tutus for the show Joyaux (2000) precious pearls and stones.

“Christian Lacroix The Costumier” perfectly chronicles the designer’s devotion to theatre, opera and ballet throughout the decades, concluding with his most recent work - long draped dresses in the Greek fashion and taffeta evening gowns with sculpted hemlines - for the production company Les Arts Florissants.

Some of the exhibited pieces were worn by famous personalities such as Spain’s legendary flamenco dancer Christina Hoya, Comédie Française’s Martine Chevallier and the Opéra de Paris principal dancer Wilfride Piollet, and the exhibition is accompanied by a series of events - from opera shows to design workshops - that perfectly complement the visitor’s journey through Christian Lacroix’s kaleidoscopic universe of colours and inspirations.
“Christian Lacroix The Costumier” is at the National Museum of Singapore until 7th June 2009.
Read More