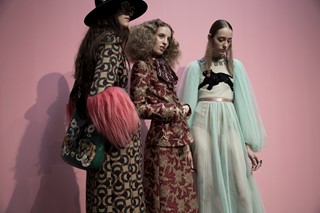 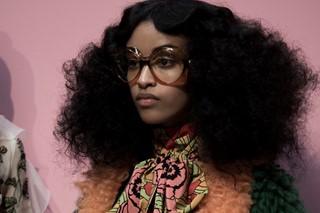 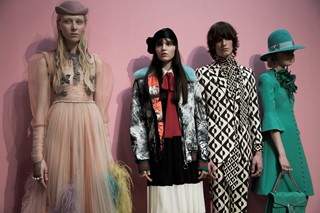 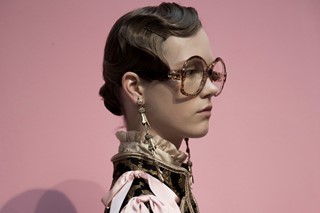 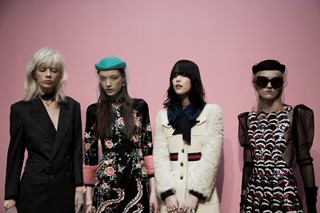 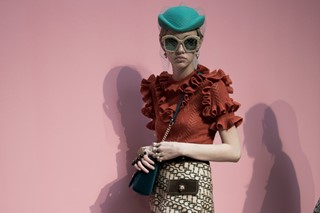 Since his appointment as Gucci’s creative director, designer Alessandro Michele has brought about some radical changes at the house. For a start, he’s crafted a bold new aesthetic – youthful, bohemian and gender fluid.

He’s also made some interesting casting decisions: for the brand’s AW16 menswear show in January, he enlisted trans actress, writer and model Hari Nef to walk in the show. And, at this afternoon’s AW16 womenswear show, he’s tapped an equally creative individual to tread the runway: New York-based photographer Petra Collins.

Collins, conspicuous by her shock of auburn hair, appeared on the house’s Milan Fashion Week catwalk dressed in a brocade suit in red and gold. With it, she wore dangly green earrings and a pair of nude, sky-high platform heels.

With a dreamy aesthetic, the Dazed 100 photographer’s work known for championing the female perspective in photography. Among other things, she’s started an all-female art collective called ‘The Ardorous’ and published a book in conjunction with it, entitled Babe (2015).

This collection – entitled Rhizomatic Scores – bore all the emblems of Michele’s Gucci: brocade, rich embroidery, frills and florals, bows and ruffles. This season however, there was the addition of maribou, the odd Masonic symbol and some prints that seemed drawn from early Renaissance drawings. There were also some bags that with graffiti saying “REAL” above the Gucci logo.

Vote for Petra Collins in the Dazed 100 here.