Along with revolution, conflict and economic crisis, the country is also subject to a new wave of creative talent – here are eight designers to put on your radar 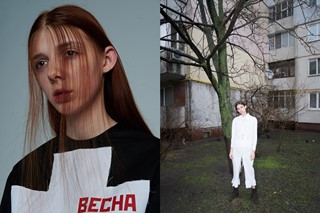 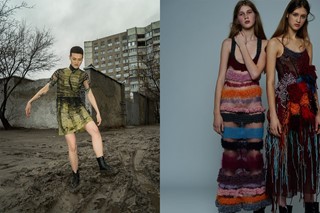 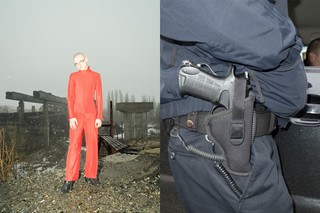 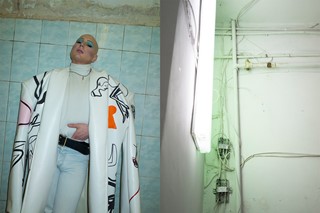 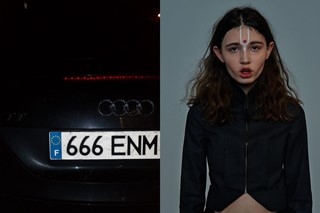 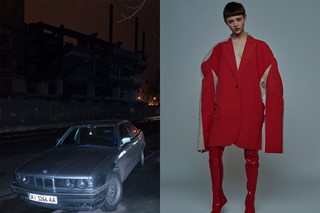 It might not have the prestige or industry clout of Paris, London or Milan, but Ukraine’s designers are proving that the country has a lot of something else: talent. Against a backdrop of revolution, conflict and economic crisis, these designers are striving to redefine (read: build), a global fashion reputation of their own.

Today marks the last day of the Fashion Utopias: the International Fashion Showcase 2016 exhibition at Somerset House. Supported by Ukrainian Fashion Week and British Council Ukraine, eight emerging designers have been chosen to bring their unique vision to an international stage. Inspired by the intersection of Ukrainian fashion and social reality, Fashion Utopias doesn’t just showcase the designers – it showcases the country. Here, we asked the new wave of talent to tell us about their inspirations, their hopes and their view of the future – in fashion and beyond.

As co-creative director of the exhibition, collaboration is at the core of Masha Reva’s creative process, and it doesn’t stop with the clothes. “In the last year or two, I have shifted my focus more from fashion design into working with drawing, illustrations, and, lately, set design,” explains the CSM graduate. Reva’s designs are personal: a white coat covered with her illustrations reads like a giant page from her sketchbook.

“Fashion is a medium that can and should speak out about social reality in our country,” she says. “I would like to organise my working process in such a way that I would not be inhibited by the political and economical situation in Ukraine. I want to focus on telling a story, on highlighting a topic – rather than entertaining a customer.”

Yulia Yefimtchuk doesn’t cite Ukraine as one of her direct inspirations – for that she notes Russian post-punk and 20th-century avant-garde art. But it’s clear from her collection – which oozes with prison-uniform bright oranges and subtle military details – that the strict regulation of her home is never far away from her psyche.

“I think it is mainly subconscious influence,” she says of her creative process. “I am looking for something really interesting and unique in Ukrainian heritage. I’m not really interested in the typical references to folk art which are so widely admired.”

It’s a type of duality that informs the designs of Maria Bernar – intellectual in perception and mystical in production. Though Bernar’s influences cross genres, eras and even languages (which she learns as part of her creative process), she recognises the undercurrents of anger that assert themselves in her designs too.

“Though my collection ‘Seven’ was inspired by the seven (deadly) sins, it was also partly influenced by the situation in Ukraine,” admits the designer. “I’m sure I was driven by anger as the greed and hypocrisy of those in power is getting worse. On the other hand, I was full of hope that having such talented people in our country who want to see change will make a difference.”

Ivan Frolov’s gender-crossing aesthetic may seem timely to the rest of us, but in a country of tension and low tolerance, the designer is creating something more than new – he’s creating something brave. “For me clothing is not just a beautiful piece of fabric to cover nudity,” explains Frolov. “I would say I am trying to uncover it or even more.”

Desolation and abandonment may not seem like an ideal breeding ground for creative vision, but for Irina Dzhus’ eponymous label, such themes are at the heart of its aesthetic. “I was brought up in Kiev, a city with vast Soviet heritage: factories and monuments, architecture and social customs – all glorifying industrialisation, and that environment has influenced my creative mind crucially,” explains the designer. “Every time I see an abandoned plant or a former ceremonial palace I can feel the powerful spirit of the bygone epoch, sublime and oppressive at the same time. Many of my artistic ideas derive from that controversial existence.”

But if it’s cynicism that drives Dzhus’s designs, it’s a certain kind of optimism that informs her view of the future for Ukrainian fashion. “Ironically, the critical situation in our country has popularised Ukrainian culture worldwide,” claims the designer. “‘It’s had an unexpected impact on the local fashion industry, with international interest gaining us a reputation as bold and determined creatives with a fresh and independent approach to fashion.”

Yana Chervinska’s currency is fantasy. To be absorbed by the fairytale realms of her inspiration is to forget the concrete and the fathomable. “I stay dreamy,” says the designer. “The only place where I can meet my real self is in my dreams. This person is realised in my collections.” Chervisnka’s aesthetic is clear; when asked how to summarise her vision, she she chooses the words ‘peculiar’, ‘moody’ and ‘girlish’.

It’s a girlishness that goes beyond the aesthetic, shapes and colour choices of her designs and delves deeper into the mood of adolescent girlhood. “I usually present a tender girl, who has lost herself in an endless waste of time,” says Chervinska of the girl she designs for. “I try to explore inner transformations related to the age when everything changes fast and disappointment becomes a manifesto.”

It’s an ecological approach that informs RCR Khomenko’s production and aesthetic, and a ‘no waste’ attitude that pervades designer Yasia Khomenko’s processes of design and inspiration. “I visit vintage and second-hand shops every week, old clothes inspire me more than you can imagine,” she explains. “My creative process takes all my time and is inseparable from my everyday routine.”

For Khomenko, the immediate presence of the economic backdrop of Ukraine provides more creative sustenance than its romanticised traditions. “It’s very popular nowadays to be part of second-hand culture,” explains the designer. “Except in Ukraine, it’s popular because of crisis, not because of fashion.”

“It’s very popular nowadays to be part of second-hand culture. Except in Ukraine, it’s popular because of crisis, not because of fashion”

Lara Quint makes intellectual clothes. Clothes that, while unusual, remain wearable, and while wearable, remain unusual. The designer looks to complicate ideas, rather than simplify them, focusing on the finite details one would usually ignore. ‘‘I love creating technically complex products out of fairly simple things,’’ she explains. ‘‘This is the circle of life, and details are especially important, as truly beautiful things are born from them.’’

Unusual shapes, colours and materials make up the codes of Quint’s brand, but it’s a fundamental idea which is at the centre of each collection. “I don’t depend on trends,” she says. “After all, my name is an abbreviation of Quintessence (from Latin ‘quīnta essentia’ – fifth essence), which is something that represents the most important, most essential, and most clean. This is the fifth, the subtlest form of matter.”