With his gender-bending dress sense and penchant for black nail polish, the Placebo frontman continues to inspire – just look at the LC:M catwalks 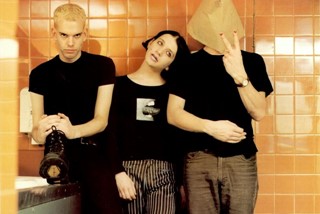 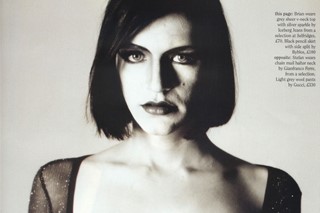 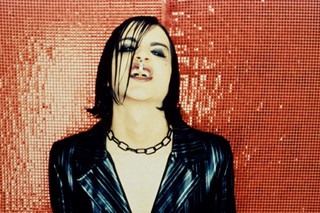 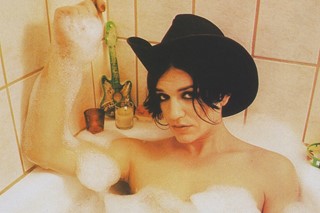 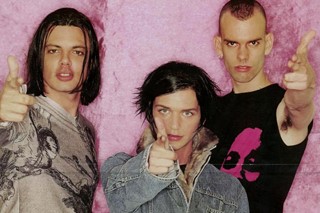 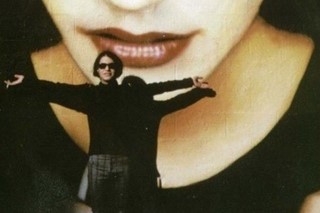 Since the millennium rolled around, it seems like we haven’t stopped dreaming of the 90s. Albeit the 90s of Gwen and her metallic blue bandana halters and immaculate bleach job, whiling away the hours playing on Dream Phone or fending off the Scrubs hanging out the passenger side of their best friend’s ride. It was a good time. And if you weren’t too busy dreaming of being an American teen girl, 90s Britain was also a buzzing place to be.

It was the time of New Labour, New Britain (hmm), and kissing a poster of Damon Albarn every night before bed – king of our beloved Britpop boys, for whom sweaty fringes, bucket hats and tracksuits were the uniform. Britpop defined a generation musically, but among the crowds of Blur, Oasis, Ocean Colour Scene, Ash, and a shed load more, it was Placebo who represented the ‘others’, throwing a gender queer, sexually fluid spanner into a music scene dominated by laddish masculinity.

21 years after dropping their (still excellent) self-titled debut, they remain an influence. Just look to Rory Parnell-Mooney’s AW16 show, which referenced both the androgynous swagger of Molko and the band’s smash single “Nancy Boy”. “There’s just something about the confidence with which he wears clothes,” explained the Irish designer backstage. “I mean he was walking round with bright red lipstick and a cropped mohair jumper, and it was just so easy. He wasn’t contrived or pretentious, it was just how he wanted to dress. There’s something so nice about that.” So what was it about Molko that makes him such an outlier, in the most brilliant way?

HE DEFIED THE BRITPOP SOUND WITH “NANCY BOY”

From a long line of bankers, a young Molko never saw the nine-to-five life going his way. After moving schools repeatedly after extensive bullying, it wasn’t until after the singer graduated Goldsmiths University that he ran into his old school mate Stefan Olsdal that the band Placebo were formed. And in 1997 they released “Nancy Boy”, a song that Molko claimed “pokes fun at drug-induced promiscuity and that experimentation for experimentation’s sake.” The song reached number four in the UK charts (a much bigger deal then) and with its title riffing off a gay slur and its lyrics freely singing about the sexual rush, as opposed to the rush you get when your football team scores a goal, it offered a queer alternative to Shagaluf inspired anthems like Blur’s “Girls and Boys”.

Molko was in fact credited with bringing back goth, for which he shirks any responsibility. His classic pale face, red lip, and eyeliner combo pinned him as the alternative heartthrob for those rejecting the Noel Gallaghers and Jarvis Cockers of the day. Described in a 1997 Dazed interview as an “androgynous sex god”, Molko alluded to the fact that “rock ‘n’ roll and punk are supposed to be sexy...nobody starts a band without wanting to be sexy.” On often being described as a “freak”, he simply declares “I love it”.

HE APPEARED WITH NIPPLES-BARED ON BRITPOP “SELECT” MAGAZINE

It was in the pages of Select Magazine that Stuart Maconie invented the term Britpop. And Select was all about this – charting the rise of the UK’s biggest Britpop bands it featured almost everyone imaginable on its cover, including Molko. But unlike his peers’ appearances of typically long greasy hair and Diadora sports-jackets, Brian Molko is pictured from above, with his nipples exposed, his jet black hair centre parted, face whitened, lips reddened and eyes darkened. Beneath the ‘Hello Boys!’ headline, the cover read ‘Placebo: the filthiest band in Britain’.

HE SPOKE OPENLY ABOUT CROSS-DRESSING AND BISEXUALITY

He and bandmate Stefan Olsdal were cross-dressers much before the formation of the band. In an interview Molko once said that his cross-dressing was a political statement, “I actually wanted the homophobic to look at me and ask questions about their sexuality, because I believe sexuality is fluid. For me, it’s not about gender – it’s about people.” In a world where being openly out in the media is still not recommended, Molko was a rare breed at this time in 90s – and it is clear that it is the unapologetic refusal to hide that built Placebo their rather obsessive following.

HE OPENED UP ABOUT MENTAL HEALTH ISSUES

The massive 1998 hit “Pure Morning” showed the frontman on the edge of a building looking ready to jump, with policemen and passers by down on the street signalling him to stop. Within most of their music there are notable darker tones, often with lyrics exploring sex, drug use and the shame it can cause. In previous interviews his lyrics have been likened to a “brutalised diary”, whereas in others the singer has been open about his bipolar disorder and clinical depression. This level of openness is radical considering social stigma surrounding men opening up about mental health – the singer is very much of the opinion that is is both brave and brilliant for men to be open about their mental health. In his 2010 biography ‘Misunderstood’ there is extensive discussion of his drug and alcohol addiction, as well as his struggle — and the creativity – that has come from his relationship to mental health. 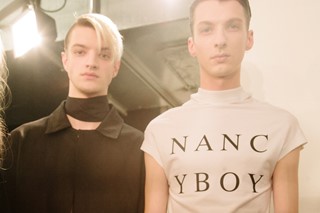 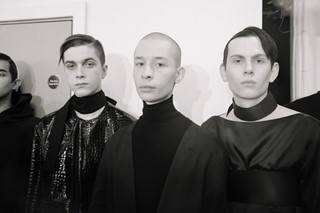 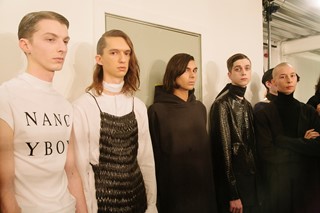 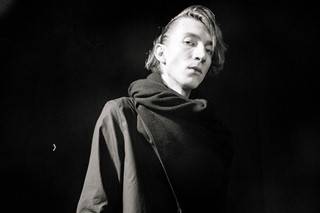 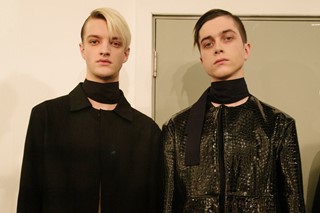