Illustrator Beatrice Boyle has designed a range of tees that have taken over the windows of Browns Focus and Dazed Digital quizzes her about her plans to take over fashion with her art. 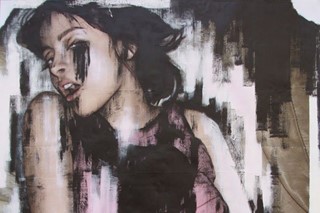 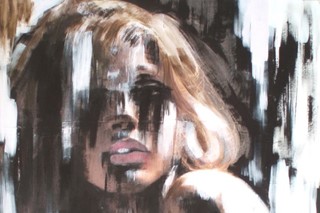 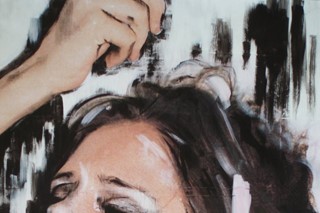 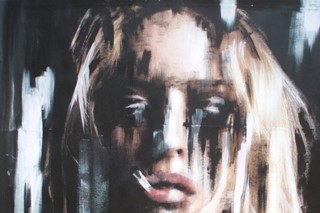 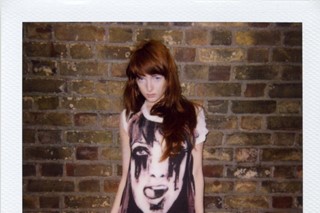 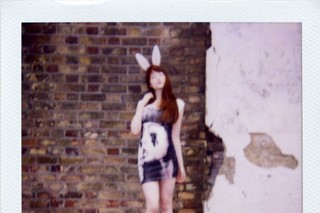 We gave you a heads up about the work of Beatrice Boyle and her collaboration with Browns Focus a while back and how it has finally come to fruition with her illustrated tees, tank dresses and vests in the midst of a takeover of the windows of Browns Focus. Boyle has displayed the clothes alongside her artwork which pretty much follows on seamlessly from the depictions of make-up ruined, post-partied girls on the tops that are currently flying out of Browns.

"The figures in my paintings are people I have met or approached and asked to model for my work. I then set up photographs with the models, which are the starting point for my paintings. The dishevelled look of the figures was less a conscious decision, and more a result of the painting process, the brushstrokes are instinctive and harsh. When I paint I'm transforming the original image and, to a certain extent, destroying it. In that destruction there is the creation of something new. The process of painting subverts the image. The sinister, distressed atmosphere/ aesthetic of my work is something that is intentional."

Boyle is more than aware of the way her art can lend itself to fashion and is eager to take it a step further: "Art is integral to fashion. Fashion is a form of art. I am reluctant to describe my work as one or the other, it involves both. My original paintings used images ripped from fashion magazines and advertising campaigns, so there was a direct relationship between art and fashion obvious in the work. However it was a strained relationship, there was a tension between the two. My work has been described as anti fashion. Although I'm not sure if that's true, despite the tension in my work, there's a heavy dose of fashion in my paintings. In the future I would LOVE to collaborate with an innovative designer, seeing my paintings on garments and working closely with the team at Browns designing the pieces was an awesome experience.  I also imagine my work on a massive scale, paintings covering walls, and I love the idea of working on a set for a photoshoot or runway show.
It would be a DREAM to work with Olivier Zahm at Purple magazine and Sarah at Colette in Paris."

More collaborations are on their way as Boyle has also worked with denim brand Double M and also American Rag Cie in Japan on a men's t-shirt range. It remains to be seen where else Boyle's art will pop up but it's safe to say that it is in a fashion context where she wishes her for her art work to be seen.
Beatrice Boyle for Browns Focus online and in-store. Window display until 20th March.
Read More