As fashion’s great storyteller opens his first store, we take a look at some of his finest work 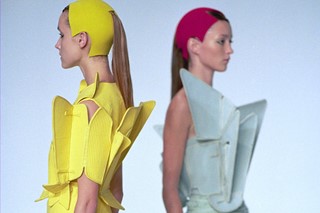 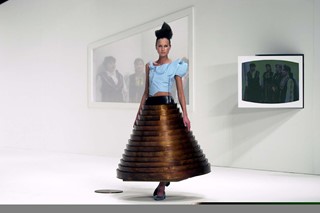 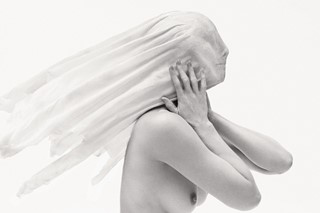 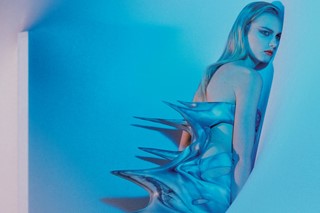 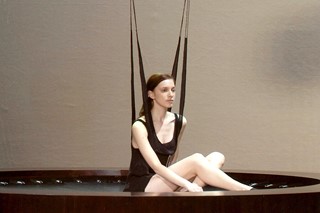 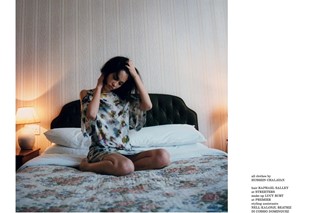 Hussein Chalayan burst onto the fashion scene in 1993 with his graduate collection “The Tangent Flows”, which he buried in his friend’s garden for several months before presenting. He founded his career during the explosive time of 90s Britain’s post-recession creative boom: Brit Pop had risen, Brit Art was on the rise and a generation of new, fearlessly creative designers was emerging in its wake. Chalayan was one of these designers. Alexander McQueen was a contemporary; Björk was a collaborator (the designer made the famous “Airmail” jacket that she wore on the cover of her 1995 album “Post”).

Since “The Tangent Flows”, Chalayan has earned himself the reputation of fashion’s great storyteller – a designer whose collections always contain a narrative. “My starting point is always the story,” he tells us. “I guess it’s the story that is then told through very precise objects that are very body conscious or (the clothes) create an alternative – they try to restructure comments on confidence, structure or fluidity. Or sometimes a combination.” With Chalayan’s belief that clothes can transform identities, his designs sit somewhere in the indeterminate space between clothing and costume.

But while the press often fixate on the coffee table dress at his AW00 show, Chalayan’s real genius lies within his cutting techniques, of which he is arguably unparalleled. Now, as his brand celebrates its 21st birthday, the designer is opening his first flagship store in Mayfair, London. But according to him, this store is as much a place of education as it is of commerce. “Yes we want to sell clothes, but we want it to be a space where people get to know our brand better,” he explains. In light of this store’s opening, we revisit some of this designer most iconic moments.

Chalayan closed his SS98 show with six models wearing chadors of varying lengths – from fully clothed to totally nude. Intended as a statement on the oppression of Muslim women, Chalayan cited his Turkish Cypriot heritage as inspiration. “It wasn’t really supposed to be offensive,” he said back in 1998. “It was supposed to illustrate a particular kind of position. This was about the cultural loss of self.'”

At the end of Chalayan’s AW00 show, a model stepped into what was apparently a coffee table made from mahogany. As the audience watched, however, this piece of furniture transformed like a telescope into a dress. But the designer is keen to emphasise that he is not a showman. “I am very much a technical designer,” he told us. “I really experiment with cutting techniques.”

In 2006, Chalayan unveiled a series of dresses that were transformative in a different way. Wired with hidden mechanisms, these garments morphed from one design into another – again, in front of a live audience. It’s not the only time the designer has used technology in his career: “I like technology because it’s the only thing that allows you to do new things,” he says.

Another example of Chalayan’s love of incorporating technology into his designs was his AW07 show which featured his infamous video dresses. Each of these dresses were fitted with 15,000 LEDs embedded into the fabric that resembled a pixelated screen. These screens depicted cityscapes as seen from Google Earth.

After LEDs, Chalayan turned to lasers. For SS08, the designer collaborated with Nick Knight’s SHOWstudio on a fashion film in which models wore dresses embellished with Swarovski crystals which emitted lasers. “This represents the interplay between a scrutinised figure and the audience which keep that interplay alive,” he has said.