Whether posing models on a pile of pigs’ heads or challenging ideas around disability with his groundbreaking Fashion-Able issue, the designer’s collaborators look back on his most radical moments as our fashion editor-at-large

Taken from the spring 2015 issue of Dazed:

Whether stacking models on a heap of rotten food or challenging body stereotypes in his groundbreaking, guest-edited Fashion-Able issue, Dazed’s iconic fashion editor-at-large Alexander McQueen used the magazine to rewrite fashion’s rulebook. To celebrate landmark retrospective Savage Beauty coming to the V&A, the designer’s collaborators recall his most extreme moments from our archive.

Debra Shaw in conversation with Mowalola OgunlesiAfter 20 years in fashion, the McQueen muse continues to set the agenda for the meaning of cult – she talks all-access diversity with breakout London-designer, Mowalola Ogunlesi

“Fashion-Able was inspired by Lee’s SS99 show ‘No.13’, which addressed his belief that beauty can be found in extreme difference and individuality. Each of the real models that we cast in the shoot had a different physical disability and I know that it was very important to him that they felt at ease and could trust our vision, knowing that we all wanted achieve something artistic and beautiful. He had asked some of his most respected cotemporaries, such as Hussein Chalayan, Rei Kawakubo and milliner Philip Treacy to custom-create pieces for each subject. For Sue Bramley, Treacy dreamed up this incredible, ornate crimson butterfly headpiece that trailed down the forehead, protecting the eyes. Nature was a reoccurring theme in Lee’s work and he felt that the butterflies had a romantic, elegant quality. I remember him describing the piece in great detail to her, so she could get a sense of how it might appear. I think we all felt humbled that day. It was the most challenging project we had ever done together and certainly the most unique experience for everyone involved.

Lee and I were so young when we started working together. He was an amazing talent on many different levels because he was so supremely skilled. From pattern cutting to creating clothes on the body, it all seemed instinctive – he was an artist and his sense of showmanship was unparalleled. On a more personal note, he was great fun to work with. In the beginning he was a very happy, funny guy who was quick and brilliant, sometimes it was hard to keep up with his train of thought. We spent so much time together over the years that it felt like a marriage. We had a very deep connection.

Another highlight from the shoot was when Nick (Knight) took Catherine Long’s picture. She was wearing this beautiful Comme Des Garçons dress that was specially tailored to fit her body, with just one sleeve. At the time, nothing was digital, so Nick would print these amazing big Polaroids on set. I remember Catherine, Lee and Nick looking through the shots together and she suddenly seemed quite overwhelmed and said, ‘I never thought I could look so beautiful’. For me, that was a very important part of the story. We had achieved what we set out to achieve and had proved that beauty can be found in difference.” 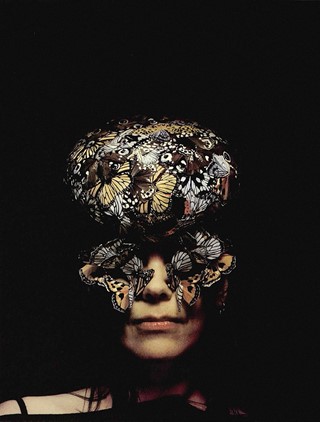 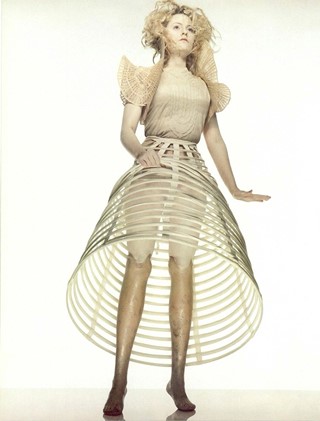 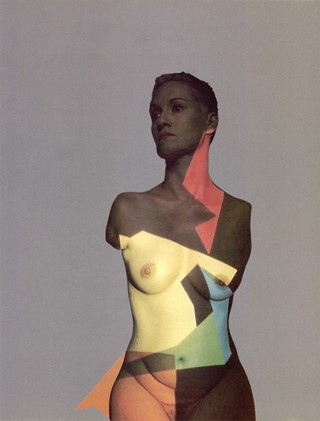 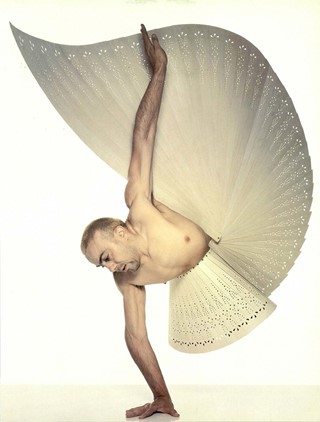 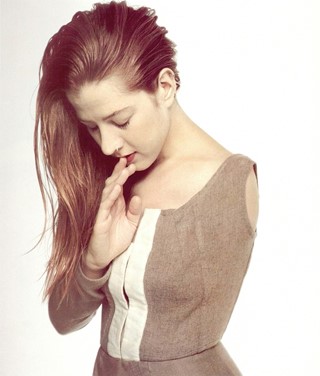 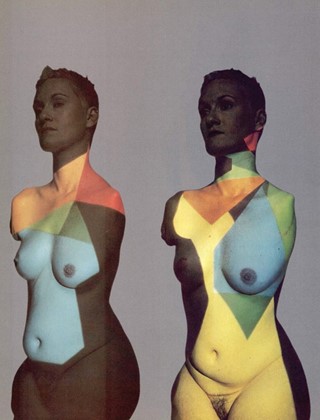 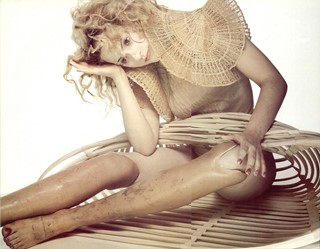 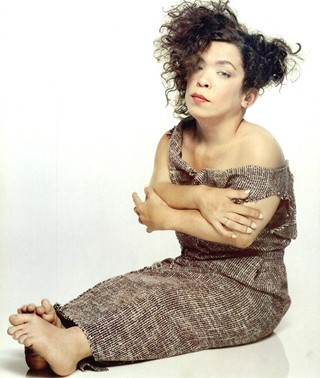 “The collection was an exploration of the sinister side of childhood. Lee (McQueen) took his inspiration from the 80s US slasher film Child’s Play by Don Mancini. Much like the clothes, he wanted the hair and make-up to challenge people, so we created this extreme beauty look that transformed runway models into these macabre clowns. Nobody else but Lee would have dared to do this. I felt like we were part of history in the making.

We needed girls that could be used as a blank canvas with simple features and a strong bone structure. Acrylic makeup wasn’t available back then, so I used thick theatre paints and blanked out the entire face, then drew thick black graphic patterns around the eyes, nose and mouth to convey this idea of a menacing clown. I remember Lee examining the models and saying, ‘let’s push it further, let’s do more!’ He never wanted to play it safe.

There was an enormous amount of energy backstage at the show that day, as there always was when Lee was around. He always put himself under lot of pressure to achieve something new and meaningful, and we all wanted to go that extra mile for him. The stark, shadowy lighting made the hair and makeup seem so much more intense and I think that’s captured on camera here – these images capture the darkness of McQueen.” 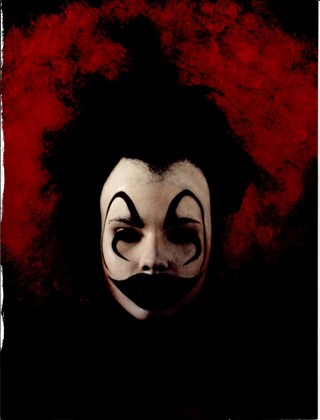 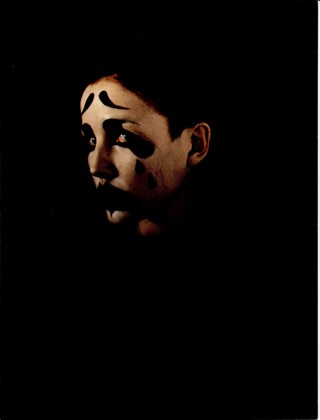 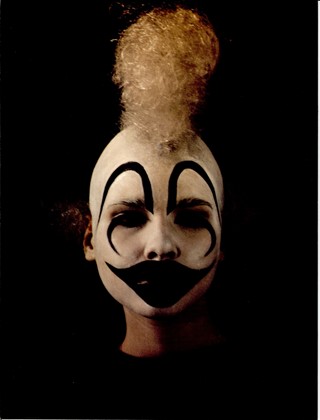 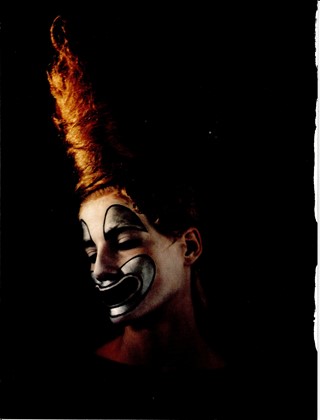 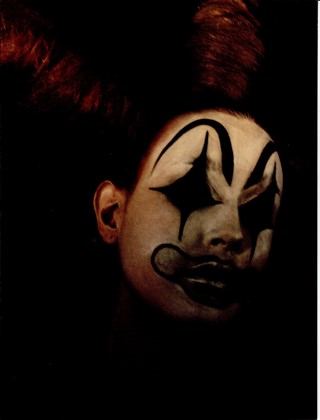 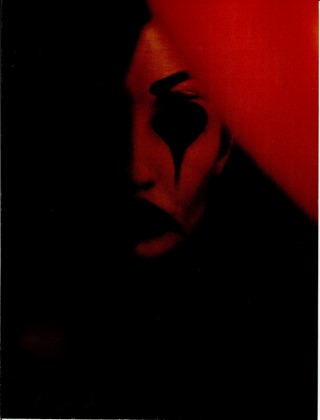 “What I found amazing about Lee is that he would pursue an idea regardless of the consequences. This story was never a literal interpretation of Salò, though it explored some of the plot’s touchstones through fashion, such as sex and death. We shot it in this enormous derelict factory in East London, which was made up of lots of different rooms. There were no storyboards, just a loose concept because he would always encourage that freedom to create and was happy to go where the process took him. What you see is a hybrid of our imaginations.

As we started draping the three pale male models on this huge mound of pigs heads and rotting food to look as though they were dead, suddenly the atmosphere became very intense. It was a warm day, so the smell was really pungent and that heightened the whole experience too. I remember Lee running around smashing watermelons on set to add to the pile, he was always so involved and hands-on with each composition.

I feel this image (above) is the most powerful one from the story, inspired by gluttony and death. We approached it as a still life because of the naturalistic quality of all the food. It definitely has a biblical dimension and a sort of medieval texture. We found that the narrative became more powerful than the carcasses and almost less important – and in fact, it was the placid expressions on the models faces that became especially memorable. I think we both knew we were skirting the edges of taste.

The model we had booked for the donkey shot, who just so happened to be a very well-known face of the time, didn’t have any idea about the concept until she turned up at the shoot, saw the animal and point blank refused to be part of the shoot and stormed off. Everyone was freaking out, and then suddenly the producer’s assistant just took off all her clothes and stepped in. It was amazing, she really saved the day.” 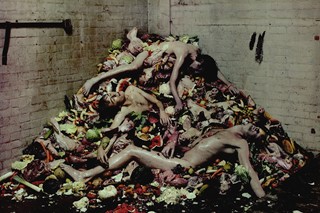 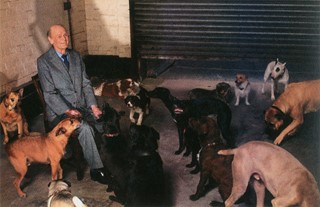 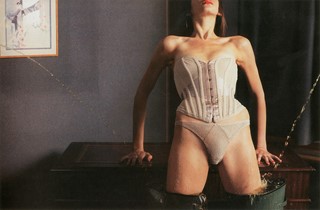 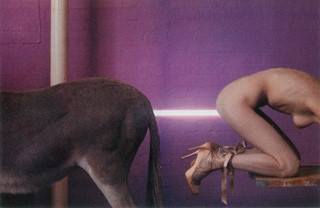 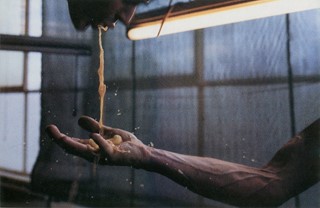 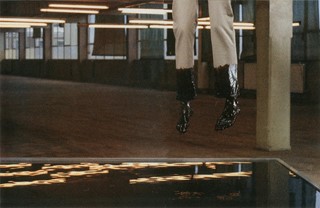 Alexander McQueen: Savage Beauty, in partnership with Swarovski, supported by American Express, and made possible with the co-operation of Alexander McQueen, runs from 14 March – 19 July 2015. www.vam.ac.uk/savagebeauty

Liked this? Head here for more from our McQueen Day:

The dA-Zed guide to Alexander McQueen

What to do if you don’t have Savage Beauty tickets