Riot at the monastery! A gang of black-clad rebels and wet-haired squatters in headgear and veils storm the CSM grad’s MAN debut 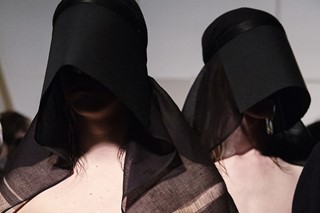 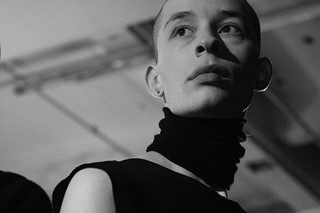 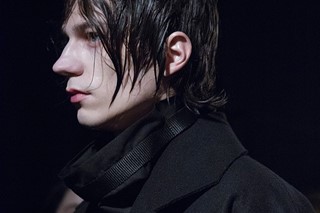 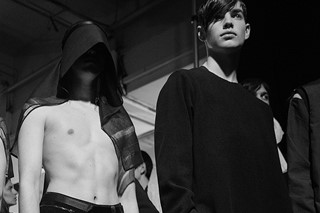 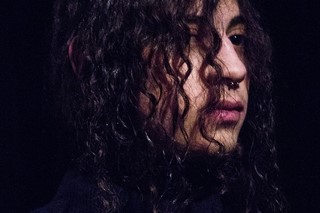 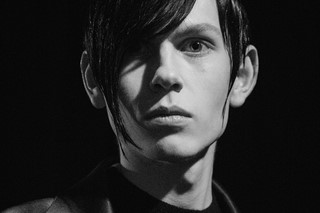 Riot at the monastery. For his debut at MAN, Rory Parnell-Mooney picked up where he’d left off with his 2014 MA graduate collection from Central Saint Martins, which explored ecclesiastical shapes via images of black-clad European rioters getting kicked out of squats. Last year, Irish-born Parnell-Mooney told Dazed about his fascination with the ritualistic layering of garments within the church (“I’m not an avid catholic, but I went to catholic school”), and today, the dynamic between precious ceremony and something seditious played out in solemn, night-time-hued monk-like lines and baggy, frayed silhouettes, worn by boys hiding behind gloomy headgear with trailing veils or with wet hair slicked across their faces.

There’s a kind of sacred simplicity to what Parnell-Mooney does, and backstage, the designer talked about his love of restraint: “I’m not in to fussy shit at all. I hate bits and frills and stuff, I hate buttons and I hate zips. If it’s a shirt, why do you need to have fifteen buttons down it? Just put a tab on it, so simple. What I do is about making things as clean and minimal as possible, but I love using a lot of fabric. I suppose the luxury element comes in there, with the sum of the fabrics and the contrast between them,” he said of his use of shiny and dead-matt surfaces.

The soundtrack to Rory Parnell-Mooney AW15: