It's 1980, and Scotland's inner-city misfits are cooking up a psychedelic punk scene of their own, far away from London hype 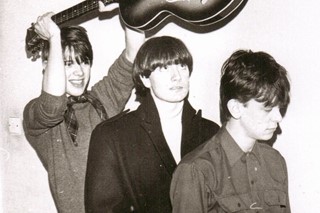 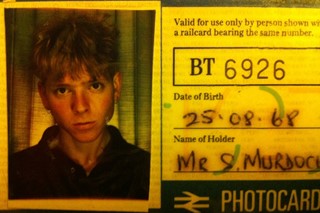 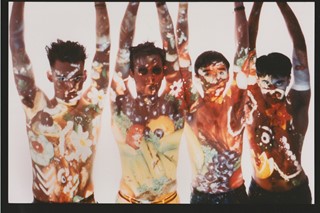 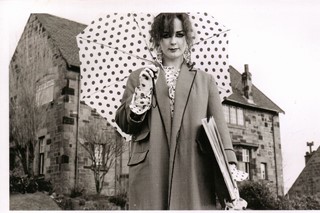 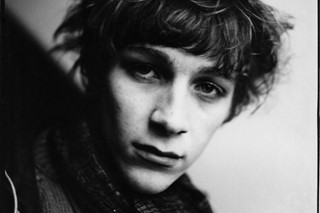 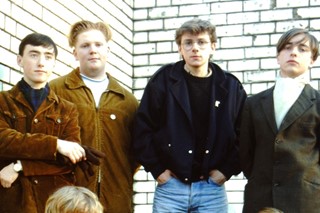 Jim Demuth's Glasgow 80s alternative documentary The Outsiders premieres tonight at 12.05am on Channel 4, the third episode in Music Nation series two. To mark the occasion, stars of the doc plus fans dig into their archives and share personal photos from Scotland's very own punk era for our What We Wore gallery.

Why The Outsiders? As Belle and Sebastian's Stuart Murdoch notes in tonight's documentary, a notable common thread in the scene was effeminacy and androgyny – a jarring look in 1980s Glasgow, where daring to be different could earn you a beating. By the middle of the decade, the scene found itself a home: Splash One Happening club nights united the dreamers and outcasts in their passion for 60s avant garde pop, psychedelia and punk. A cult flash in indie history, Splash One lasted less than a year, with almost no photography or footage to remember it by – yet its impact on Glasgow's musical communities is felt even to this day.

Here, Eve Dawoud of the people’s style history project What We Wore pictures the Glasgow scene; a small but influential movement populated by creative outsiders, defiantly different in their dark and difficult city:

"With its renowned art school and talented local bands including Orange Juice, Strawberry Switchblade and, later, Primal Scream, hailing from the city, Glasgow’s reputation as a musical centre has long been respected. Between 1985-6 the club night A Splash One Happening, at the club Daddy Warbucks, 46 West George St, hosted bands like Sonic Youth, 23 Skidoo and The Weather Prophets – and DJ Derek Loudon spun a punk rock and psychedelic soundtrack.

"With little documentation of the cult club night, what remains are the cut-up and collaged Xerox flyers reflecting American and British punk influences – and a nine-minute VHS film, by artist Jim Lambie (clips of which appear in The Outsiders).

"The Splash One crowd wear a proto-Velvet Underground look: boys with long purdy cuts in stripy t-shirts, straight cut jeans in dark denim and black, polo necks and suit jackets. Girls energetically dance in straight black skirts and loose tops. Others sport an almost gothic look wearing all black, including their inky hair that has been teased into long spikes.

"It was a varied crowd, united by an overarching punk-ness; bound together by energy and ‘otherness’, despite what they are wearing. Imagine, in the light of day, their dark looks contrasting against the sandstone tenements of the city."

Sean Dickson – formerly of The Soup Dragons – is a key voice in The Outsiders' retelling of this niche music movement. Catch him in the doc picking his teenage self out from the crowd in the only grainy footage ever taken at Splash One, made by Jim Lambie on his dad's video recorder. Here, Dickson recalls the best markets in the city to pick up your alt-Glasgow look, and why marketing means that kind of DIY punk camadarie could never surface again:

How would you describe the style of the alternative/punk scene in Glasgow in the 80s? Was there even a single defining look?

Sean Dickson: It was retro clothing and cool rainwear, kind of a cross between biker cool and geek chic. Back then it was all funded and found from places like Paddy's Market, a clothing market that had old railway arches full of years-old clothing sold dirt cheap. It had country and western music playing from cassette players in every arch. You always bumped into your friends and clubbing/gigging acquaintances down there.

I have this old 50s checked gabardine jacket I picked up in Flip in Glasgow. Before I was in the band, I spent a year working in Flip, which was completely vintage USA clothing, and bought some great finds back then including a baseball jacket that had a drive-in ticket in the pocket from 1956!

You could tell someone from the scene usually by their cool swagger and knowing glint in the eye. You just kinda knew. Although, guys did wear a lot of rainwear like anoraks and cagoules mixed with leather trousers and unkept longish hair – or like myself, Hitler youth-style crops with a side parting.

"It was androgyny in a rock 'n' roll sense: having fun looking and acting asexual"

How did this differ from the alternative/punk kids in the rest of the UK?

Sean Dickson: As I said, I suppose in Glasgow we tended to stick to what was on sale down Paddy's and the Barrows on a weekend, which was basically recycling the (look of the) Glasgow youths before us from the 50s, 60s and 70s, and mixing and matching.

How important was Glasgow as a city to this scene coming about?

Sean Dickson: Glasgow has a lot of cool satellite towns around it like the one I come from, Bellshill, which all had their own little scenes going on. But when you got to the age of about 17 you tended to jump at the chance of getting your first flat in the West End of Glasgow and sitting in cafes dreaming about what clubs and concerts were coming up that you could all go to. This brought together lots of like-minded people. The club Splash One tended to be the epicentre of that scene back then and those people who met there became lifelong friends due to their same mindset and being on the same wavelength with art, music, culture and fashion.

Was the scene politically driven at all? Was there a political or anarchic message to the music?

Sean Dickson: Of course, everyone hated the whole Thatcher shit going on, and the poll tax nonsense that was tested on Scotland first. Most were big supporters of the CND (Campaign for Nuclear Disarmament) and we all did a few big CND benefits.

Some in the documentary say that there was an effeminate edge to the way they dressed and acted – one way to be defiantly different. Was this a common aspect?

Sean Dickson: Yes, there was no sexual element to it really, just androgyny in a rock 'n' roll sense and having fun looking and acting asexual.

Was there a DIY element?

Sean Dickson: God yeah, 100% in every aspect and a lot of camaraderie helping each other out.

Are there any elements which have carried through to today’s music scenes?

Sean Dickson: One big thing that is different today of course is social media and how it easily connects like-minded people. Back then you had to work to find your soul mates. Another big thing is marketing: you did not give a shit who it was intended for, as there was no intention, you just did what you thought was cool in your world and people just clicked. These days there is too much pre-empting.

What kind of legacy do you think this period in music has left on Glasgow? Can it still be felt today?

Sean Dickson: It’s in the water and in the air; people do their own thing and like their own thing and don't tend to be told what to look like and what to listen to. What your friends that you respect think is way more important than what is on the cover of some London-based music magazine.

What We Wore – A People's History of British Style by Nina Manandhar is out now, published by Prestel. The What We Wore People's Archive is still open for submission. Email submit@what-we-wore.com