All legs, bombshell blonde hair and gap-toothed smile, Georgia May Jagger is the face of Mercedes-Benz GLA, the automobile powerhouse’s own star of the moment. Shot by Serge Leblon, the campaign film sees a Kenzo-befitted Jagger and friends – including a giant toy panda – cruise the glimmering streets of a dark New York. In the midst of the London Fashion Week hubbub, Dazed hung ten with Georgia to catch a few insights into the life of an it girl. 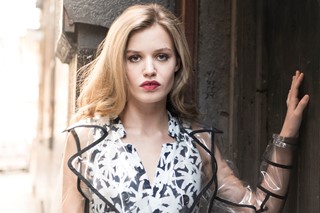 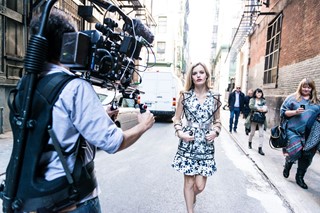 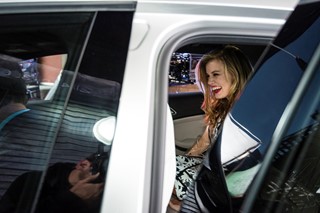 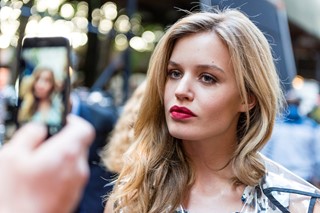 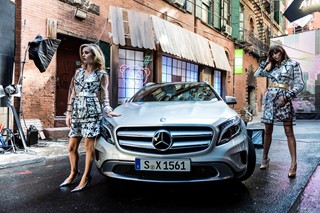 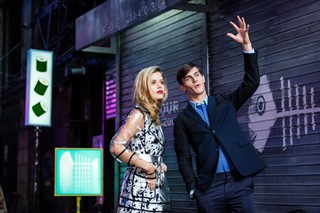 Dazed Digital: What was it like shooting with a car as the star attraction?

Georgia May Jagger: It was a different experience, funny because it was kind of like when you’re shooting a women’s fragrance campaign and there’s a boy in it. That’s how I felt with the car – like I was the boy – the car being the number one model. So it was actually a really easy day for me! You know, the car was having its hair and make-up done; it has all its diva demands.

DD: You’re given an unlimited budget to throw a party for one of your favourite people in the world. Who for and what would it be?

Georgia May Jagger: Well it’s my sister’s birthday coming up and I’m organising that. We’re thinking girl’s sleepover and I think we’ll just go crash other parties so we don’t have to pay. There’s the unlimited budget!

DD: Do you have any irrational fears?

Georgia May Jagger: I hate cockroaches. I’m getting better at it; I used to cry! Now I’m just really grossed out.

DD: Have you ever had a near death experience?

Georgia May Jagger: I feel like I almost did the other day. When we tried to land at Heathrow in that weather, we were in view of the runway but the plane had to shoot right up again so it was really scary. An emergency pull back kind of thing, taking off with twice the power that you normally would to get off the ground. We landed in Newcastle instead and all the while I was watching David Attenborough going, “It’s gonna be fine, It’s gonna be fine!”

DD: What to you is the best smell in the world?

Georgia May Jagger: My mum’s room. It smells like sandalwood and slightly like cigarettes but in a weirdly nostalgic kind of way.

Georgia May Jagger: I love watching movies in the bath, with my laptop on a chair. I’ll stay in there until I’m like a prune. A lot of places in America I go don’t have baths so when I get home my bath is my sanctuary.

DD: If your life was a movie, what would be the soundtrack?

Georgia May Jagger: I love everything Motown. Definitely the Goodfellas soundtrack.