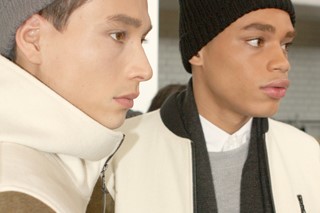 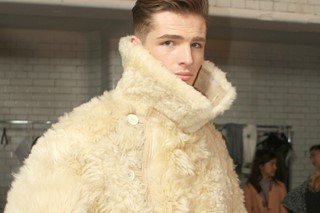 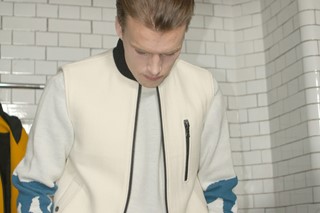 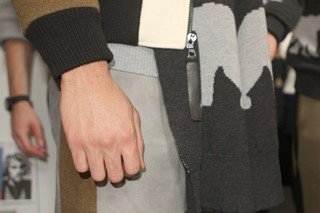 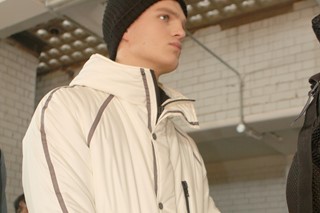 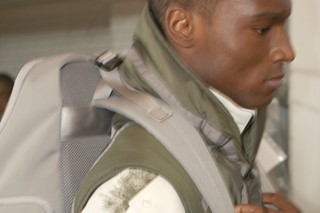 The white-painted walls of Victoria House created an igloo-like set, while pre-show the space filled with the sounds of boots on snow, polar bears growling and howling arctic wind. Models appeared to ice cracking over a threatening bass.

How they wore it?

“The sheepskin is part my Remade project: they’re originally Russian big winter coats, basically Siberian officer’s coats that we deconstructed to work into what you see here. I think there’s something quite interesting with what we do in terms of craft, in terms of skills. I went to see the exhibition Last Days of the Arctic, and what really struck me was Ragnar Axelsson, an Icelandic photographer who’s been documenting a disappearing world for the last 30, 40 years. And obviously because of what we do with sustainability, I think it’s really important.” Christopher Raeburn