Fashion is queer and we know it. So why don’t we talk about it? From Christian Dior to Alexander McQueen, Yves Saint Laurent and Jil Sander many of the world’s greatest designers have identified as LGBTQ. And for centuries, fashion has been an instrument of expression and experimentation for this community. The sex-charged creations of designers like Walter Van Beirendonck, and the androgynous looks flooding fashion week’s runways, prove that sexuality and the way we style ourselves are inextricably entwined. Yet, until now, there had never been an in-depth study on the subject.

‘A Queer History of Fashion: From The Closet To The Catwalk’, explores how gender and sexuality have been inspiring and informing fashion for over 300 years. Edited by Valerie Steele, director and chief curator of The Museum at the Fashion Institute of Technology, New York, the book accompanies an MFIT’s exhibition of the same name. It features contributions by some of the world’s most acclaimed scholars of gay history and fashion.

This complex subject is Steele’s thing: she has previously penned books on fashion and eroticism, fetish and gothic style – to name a few. For Steele, fashion is chained to identity, to which sexuality is heart and soul.

Balenciaga responds to controversy surrounding its SS23 campaign
A Queer History Of Fashion: From The Closet To The Catwalk5 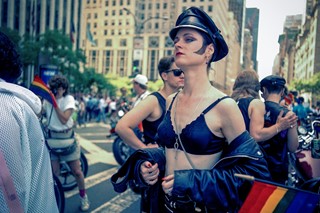 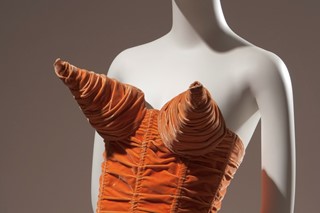 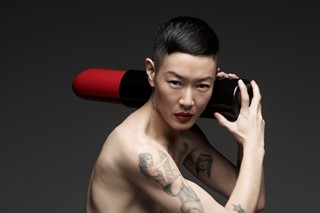 Dazed Digital: When you think about how many big name designers are gay it’s actually quite mind-blowing.

Valerie Steele: That was one of the main reasons why Fred [Dennis, co-curator] and I wanted to do this as a subject. It’s like an open secret – everybody knows this but nobody ever really talks about it.

DD: Why has the LGBTQ community always shared such close ties with fashion?

Valerie Steele: It’s complicated because it goes way back further than we’d thought. It involves the whole history of oppression and secrecy surrounding gay sexuality, which was illegal for many years and regarded as a mental illness. So I think gays and lesbians had to be hyper aware of how to read and analyse clothes so as to dress in a way that would allow them to communicate with other people but not to be recognised by a homophobic society. I think another aspect is that fashion is one of the so-called ‘artistic’ professions. And gays have been involved in a lot of those. Once gay people started to work in the fashion industry it started the beginnings of a more welcoming setting for other gays to enter into.

DD: When was this happening?

Valerie Steele: Certainly as early as the 1920’s but probably sooner than that. Gays were already interested in fashion in the 18th and 19th centuries, though we don’t have the names of explicit couturiers. Some of our sources talked about the desire to express oneself in a way other than verbally and the desire to create an alternative world of beauty.

DD: Is there a gay aesthetic?

Valerie Steele: Not just one. Each individual designer has his or her personal style and that’s also tied in with the style of a particular period. So you can see both idealising trends and also transgressive trends in gay design. You can see idealised feminine beauty in the work of say, Dior. But then if you go back a couple of decades to the thirties and the work of somebody like Mainbocher it’s a very different aesthetic.

DD: Marc Jacobs once said, “I don’t believe my sexuality has any bearing on how I design clothes.” Thoughts?

Valerie Steele: I think that every component of a person’s individuality does: their age, their sexuality, where they’re from; it doesn’t determine it but it influences it. He might be right, speaking personally. But I think that collectively over time it would be highly likely to have an influence.

DD: During this fashion week and for some time we’ve seen a lot of experimentation with androgyny and a neutral space between male and female. Does the LGBTQ influence have something to do with this?

Valerie Steele: Yes I think so. It’s not the sole cause, but historically you look back and you see that from the 19th century on and even earlier many lesbians were attracted to men’s tailored suits and there was the whole concept of whether LGBTQ people were like a third sex, in-between. Somebody like Rudi Gernreich felt that unisex and androgynous clothes might provide a new space for freedom for both men and women.

Dazed Digital: Is there the potential for a third sex in fashion?

Valerie Steele: Well, the bodies are different so a perfect androgyny would be unlikely. And then of course people do want to play with the idea of secondary sexual characteristics and gender as a theme. But I think it does indicate a growing sense of freedom and possibility that people of all sexes, all genders and all ages are able to find a kind of fashion that expresses who they are.

Valerie Steele: I think there have been more lesbian and bisexual contributions to fashion than we have known about. It’s been much more discreet – for whatever reason women have decided to be more under the radar about their sexuality. Somebody like Madeleine Vionnet, arguably the greatest couturier of the 20th century, was probably bisexual. But she was very discreet about that until in old age when she gave a couple of interviews where she talked about her attraction to beautiful women and so on. Even today it’s relatively rare for bi and lesbian women to be know even within the fashion community let alone within the world at large. It may just be that it’s tough enough to be a woman without having to deal with other people’s prejudice.

A Queer History of Fashion: From The Closet To The Catwalk

The book, A Queer History of Fashion, is available here