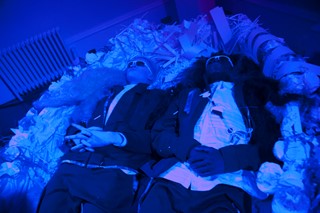 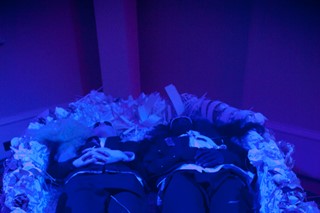 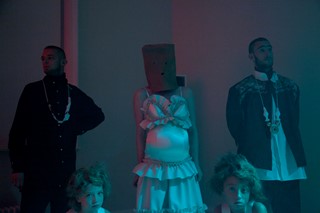 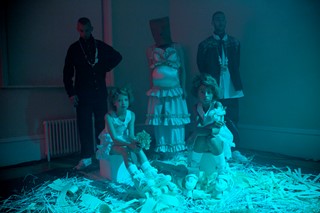 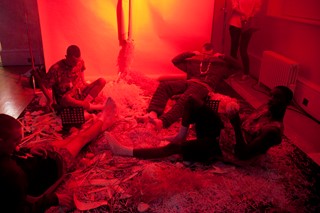 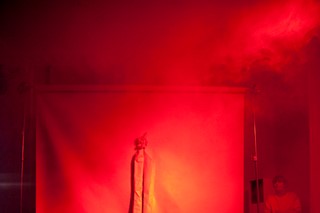 As far as paths into fashion go, the tale of stylist to designer is perhaps the least circuitous and one of the most common. That is, all the foundational trademarks of image, style and appreciation of craftsmanship are there yet it's the semi-prodigal coming to terms of creative ambition that creates collections as diverse as their backgrounds. Thom Murphy of New Power Studio is such a creator. Hailing from The Wirral his last collection was a dystopian vision, dipping into murky pools of jet black, deepest navy and given relief only in a strobe flash worth of print.

The forthcoming season from the brand sees a continuation of this colour despondency. Sleeves become shorter and jackets more cropped as is customary of the time of year and in the dark, almost ominous surroundings of his installation, Murphy made a decided break from almost any form of direction laid down by his contemporaries save for what courses through the brand's heritage already, in this case, sportswear. The NPS Man is far from the gentrified model, instead portraying a man on the run, incognito in a wild urban landscape and it's a style Murphy perfected in his past as a stylist and art director. New editions of the classic black shirt and delicate shoulder printing were seen accompanied by voluminous black trousers and white pendant chains. Being awarded the Installation Sponsorship by NEWGEN MEN has certainly given NPS a wider audience but apparently no reason to alleviate their brooding designs, and thank Heavens for that.