The scales of prehistoric creatures become sculpted circles on dresses with gorilla prints added on top. 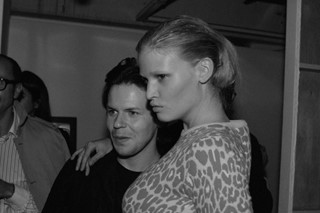 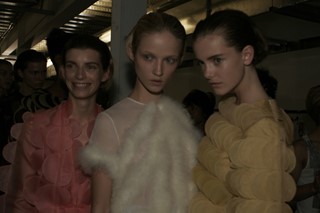 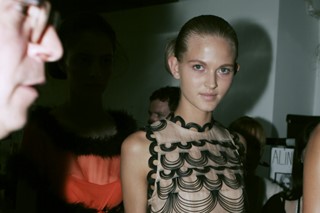 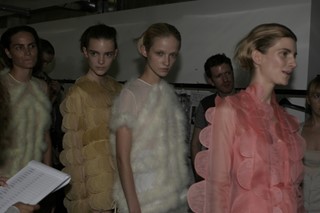 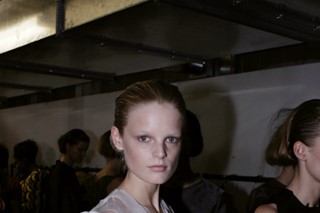 Christopher Kane is well and truly in a league of his own. His collection shown yesterday was beautifully executed and we certainly hope he doesn’t leave London any time soon! As animal cries blared out from the soundtrack, his animalistic show began; including all sorts of monstrous creatures of the animal kingdom from gorilla prints emblazoned on dresses to clashing leopard print knits and spiky yet sculptural dinosaur scales that embellished everything in a combination that was Planet of the Apes meets the Flinstones. The highlights of the collection, for me, was the fierce Lara Stone in leopard print, Russell Marsh’s major casting overall and the frightening gorillas that screamed from the looks. Another high point was the maribou trimming at the end of the show which gave the tough collection a softer edge all be it in glaring orange and bold black.
Read More