When you hear the word “kink”, what’s the first thing that comes to mind? For many, it’ll be the things that are represented in the mainstream most often: bondage, feet, roleplay. For others, it might be your own personal kink, perhaps that’s tights, tickling or trampling? But for some people, the first thing that springs to mind will be armpits. We see them everywhere: on billboards, in magazines, at the gym, you’ve probably even had your face stuffed in one on public transport, but while many wouldn’t give armpits a second thought, for those who experience maschalagnia (armpit partialism), it can be the most erotic part of the human body.

In 2013, a research study found that pheromones in sweat, and specifically underarm sweat, is shown to improve mood in women and queer men when it is smelled or licked. The specific pheromone, Androstadienone, does not actively change behaviour, but it does have an impact on attention. For that reason, it’s commonly found in male fragrances, alleged as a tool to increase sexual attraction.

But smelling or licking underarms isn’t the extent of sexual activity that involves armpits. Axillism, the act of using the armpit to reach climax, is the pinnacle of sexual interaction for an armpit partialist. There are different preferences that come with axillism, such as the length of the armpit hair, the use of lubrication and whether the armpits are freshly cleaned or unwashed. With the rise of OnlyFans and NSFW Twitter, more niche sexually explicit content is available than ever before, satisfying the needs of all kinks, regardless of how leftfield these may be.

Ace Squalor is a JustForFans content creator whose work particularly focuses on pits and sweat. He first realised his own armpit partialism as a teenager, and would use Tumblr as a sexual outlet for his quirks, but following the ban on explicit content on the site he was inspired to create his own armpit-centric content. He’s since amassed a 35k burgeoning fan following on Twitter. “For a while, I was only interested in sharing content and meeting others who shared my passion for armpits. Recently I’ve realised I've been missing an opportunity financially. I just started a JustForFans page, so I’m still working on growing that. But I have made a decent amount selling worn clothing,” says Squalor. “Armpit partialism is a niche market with very little out there that highly focuses on it, so I think a lot of people out there would be willing to pay for quality pit content.”

Beyond the financial benefits, Squalor is grateful for the connections that he’s made with other fellow armpit partialists via his content. “I’m an exhibitionist, so I love sharing my content, but through putting it out there, I have made connections with men all over the world who share my passion for armpits. I’ve formed close friendships.”

Partialisms like maschalagnia are not uncommon, but society’s general gagging of kinks means that we don’t often hear about them. Silence breeds silence. Clinical psychologist Dr Christopher McCormack, who specialises in sexual health and anxiety, believes that the taboo surrounding kinks is potentially problematic, as it leads to us having “very narrow and perspective ideas of what sex is and what it should look like”. He also believes there’s a toxic shame attached to kinks that can leave many viewing themselves as ‘perverts’ or psychologically damaged. When it comes to armpit partialism specifically, he acknowledges that the lack of data on the topic may be linked to the secrecy around sex, which means it’s hard to pinpoint where partialisms like maschalagnia might stem from.

“If we think about armpits specifically, there is quite a lot to be aroused by! Beyond our natural body smell being a powerful player in sexual attraction and our armpit sweat being laden with pheromones, armpits can be associated with intense sensory stimulation,” he says. “For example, tactilely it can feel distinct from other parts of the body – the skin can be delicate and soft, which can play into arousal. It is also associated with tickling or even discomfort, which can lead to a flirtatious playfulness. Armpits are also a part of the body that we don’t get to see a lot of – there is a novelty and intrigue.”

When it comes to his own work on the subject matter, it’s important to Dr McCormack that he identifies whether or not a kink negatively impacts the life of the individual, saying that he would seek to be non-pathologising and take a sex-positive approach. “I would encourage the person to actively explore and embrace the partialism, if they felt able. My view is that if the exploration of the partialism involves consenting adults then it should be embraced and celebrated. It can be a source of immense sexual energy and be something exciting to explore with partner(s). In my experience, the distress associated with having a partialism is often a direct consequence of stigma and shame. If we drop the shame associated with our sexual preferences and learn to explore these in a non-judgemental and compassionate way, then it’s difficult to argue how having a partialism is a problem.”

The celebration of kinks doesn’t seem to be too far into the future, especially with the likes of Phil Miner championing kink acceptance. He is the founder of Pheromone, a New York-based club night specifically targeted towards armpit lovers. He started the monthly party in 2021 after acknowledging his own passion for pits. “Whenever I found an image or video of men sniffing or licking each other’s armpits, I’d be sure to bookmark it,” he says. “I found out through Instagram that there was a similar party in San Francisco called Stank. It looked incredibly fun and I was insanely jealous, so I decided to try and start something similar in New York.” 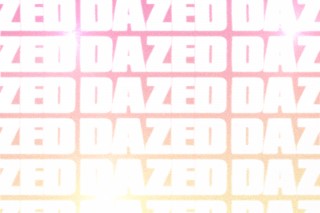 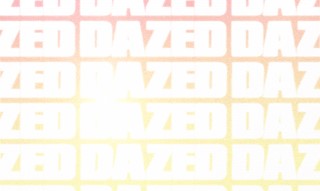 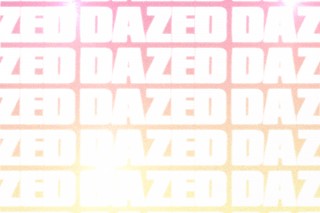 The night draws a diverse crowd, attracting a mixture of ages, body types, races and gay archetypes, with people travelling from all over the States to experience the night. “It’s a really friendly, social event. Unlike many other fetishes, people are open to letting strangers sniff their armpits even if they aren’t sexually attracted to each other. There is definitely a ‘sniff hello’ culture,” Miner explains. “We're taught that our body odour is shameful and must be covered. As a result, we are socialised to believe that enjoying someone’s natural smell is taboo. The shame regarding our personal smell runs so deep that many don’t mention it to their sexual partners for fear of rejection. As a result, my events feel incredibly indulgent. We get to spend an evening revelling in the way humans actually smell.”

Events like Pheromone are helping to give those with kinks a safe space to celebrate without fear of prejudice. Sex-positive parties generally are on the rise, with events like Torture Garden in London and Sex Club in Leeds attracting big crowds. Squalor already can’t wait for the kink revolution, so he can fully embrace his love of his armpits. He rounds off by describing his ideal pits. “I like a lot of different pits, both in terms of scent and look. The only common denominator is that those pits are hairy. The hairier, the better. I usually imagine dark hair when I fantasise about pits, but one of the best pit sessions I ever had was with a man with extremely bushy blond pit hair,” he says. “The riper those pits are, the more aroused and excited I become.”