From the moment Cara Delevingne made her runway debut in 2011, we have witnessed a full-on bushy brow renaissance the likes of which hasn’t been seen since Brooke Shields’ heyday. Between the years of 2011 to 2015, the UK brow market soared from £6.5 million to £20 million according to an NPD report and the Guardian even named brows the “beauty obsession of the decade.”

While most of us have been busy buying up pomades and Boy Brow in our quest to achieve those coveted full eyebrows, it seems that we view those who are naturally blessed in the brow department with suspicion, and perhaps rightly.

According to study, people with bushier brows are not only more likely to act self-centered and entitled but others are also more likely to perceive them as narcissistic. 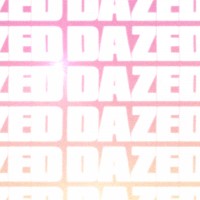 The study, published in the Journal of Personality and awarded an Ig Nobel Prize this month (a satiric prize that celebrates unusual scientific research), found that thick and dense eyebrows are a giveaway for characteristics such as “high self-esteem, interpersonal dominance, and a tendency to overestimate one’s capabilities.”

Research was conducted by Miranda Giacomin and Nicholas Rule who took “neutral expression” portraits of 39 University of Toronto students. 32 of the subjects were white and 26 subjects were female. The subjects then took a standardised narcissistic personality test to determine where they fell on the spectrum, answering how much they agreed with statements such as ‘If I ruled the world it would be a better place’ and ‘I find it easy to manipulate people.’

28 virtual volunteers were then asked to look at the portraits and rate them on a scale from 1 (not narcissistic at all) to 8 (extremely narcissistic). Volunteers were also asked to rate the perceived narcissism levels of the subjects based on isolated facial features to see which features most accurately tipped them off.

“We essentially conducted a long series of experiments where we narrowed the face features further and further down until we isolated the eyebrows as being the primary cue for people’s narcissism,” Giacomin told Insider.

The researchers also classified each subject’s eyebrows in terms of density, shape, grooming, and distinctiveness. Those with distinct brows – meaning they were the most obvious facial feature – were found more likely to be accurately portrayed as narcissists. Grooming style, shape, and density didn't play a role.

Giacomin did warn, however, that it is difficult to determine if brow beauty products, which can change people’s brow shape and thickness, played a role in how a person's eyebrows were perceived.