Japanese designer Junya Watanabe often reflects some of the same aesthetics of Rei Kawakubo. After all, he joined Comme des Garçons in 1984 as a pattern cutter. Think: lots of black, unconventional, transforming silhouettes, and plenty of reworking of ordinary pieces such as leather biker jackets, and camel coloured trench coats. It’s no surprise, then, that he stuck around and his own line was founded in 1992 under the Comme des Garçons umbrella. The same year, he started showing in Tokyo before debuting his first Paris runway show just one year later in 1993.

The SS04 show was a mostly all-black dedication to the delicate lines of the body and showcased the designer’s deep approach to highly experimental yet incredibly wearable pieces. Timing-wise, the collection was shown just about one year before Rei Kawakubo opened the first colossal Dover Street Market in London.

Though the name of the make-up and hair artists have been lost to time even by Watanabe’s own team, both were standout elements of the SS04 show.

The SS04 collection explored Watanabe’s unique sense of proportion, volume and construction through plenty of all-black looks. Many of the looks emphasized the subtle craft of layering various fabric weights and shapes. Take, for example, the sporty biker shorts and crop tops with sheer grey chiffon button-downs thrown over top. As one Vogue reviewer put it, “Layer by layer, piece by piece, the body was eventually camouflaged by squares and diamonds and dots that spiralled in ever more complex confections.” Later on in the collection, black and white polka dots and grey checks met their match and clashed in the most profound way.

The hair deeply represented the off-kilter, off-balance sentiment that surprisingly came out of the various silhouettes in the show. Each model had a slick and shiny black wig piled atop their head. A massive amount of volume was created so that each wig seemed to be about to fly off their heads at any given second. Like a work of art, each wig was sculpted into a different form – some had a baby-sized fringe going straight across the forehead while others leaned heavily to the left or right with side-swept bangs.

Meanwhile, the make-up made just as much of a major impact. Faces were kept minimal and bare with a matte texture. Brows were strong and thick; arched high towards the forehead. Even lips were left bare, which created an epic contrast in comparison to the thick black cat-eye that was created using the negative space. Swooping up from the bottom of the eye, the liner extended to the outer corner of the eye and then jutted back towards the inner corner, the line gradually getting thinner and thinner as it extended inwards. The rounded, graphic line mirrored the organic, slightly unusual shapes of the hair and clothing, too.

The show took place in Paris during Paris Fashion Week. Techno music played in the background as models walked through the clinical white warehouse space and twirled for the audience. The front row was an intimate group flanked by fashion insiders, buyers, and editors such as Grace Coddington and Hamish Bowles.

The beauty look of this particular show emphasised everything Watanabe has represented through fashion. “To me fashion is creating something, creating something new through clothes. That’s what really drew me, in the beginning,” Watanabe once told T Magazine. While Watanabe took biker shorts, black crop tops, even tailored dresses and very simple black dresses and transformed the extremely simple silhouettes into something daring, his vision for beauty was quite similar. The jet black sculptural wigs were a new and dramatic version of the early 2000s bob that many people were wearing in real life at the time. Meanwhile, the graphic cutting eyeliner was a total transformation of what we knew the basic cat eye to be at the time.

Get the look: Junya Watanabe SS04 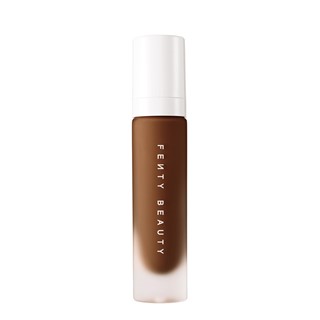 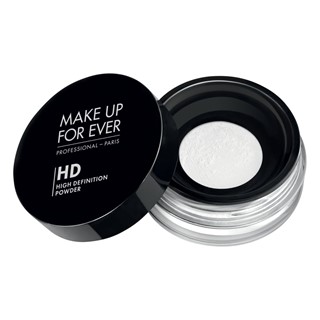 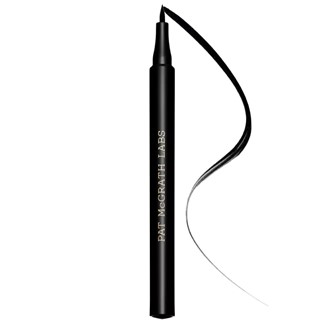 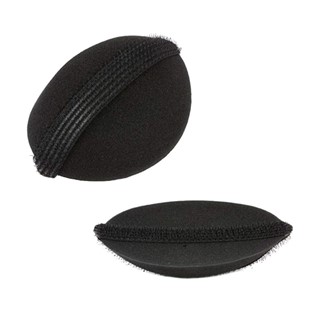 Bump It Up VolumeHair Bases

First, you’ll need to create a minimal canvas on your face. Forgo blush, contour, and highlighter and find a matte foundation in your perfect shade. We recommend Fenty Beauty Pro Filt’r Soft Matte Longwear Foundation. To get an even more matte canvas, dust some Make Up For Ever Ultra HD Microfinishing Loose Powder over your face.

As for the iconic negative space cat eye, use a pigmented black eyeliner that you can get really detailed with, such as the Perma Precision Liquid Eyeliner by Pat McGrath Labs. In order to get the lines just right, you can opt to cut a bit of Scotch tape to fit where the negative space is (or try Sephora’s Line Up Makeup Tape).

Go big or go home when it comes to the quirky wigs. Get one that’s a bit longer than you might like and wear a mini support underneath to give you lots of height. You can use almost anything but the Bump It Up Volume Hair Bases might be the easiest.