The sartorial innovations of Cholombianos, Mexico’s most unique subculture, begins as the name might suggest with Colombia. More specifically, they begin with Colombia’s most cherished musical export -- cumbia music. The multifaceted genre, which mixes African drumming with Spanish melodies, was born on Colombia’s Caribbean coast. Around the 1960s, cumbian music started to travel beyond its national borders and through Latin America. The genre found a strong foothold in Mexico, specifically in Monterrey; for nearly 60 years, the northern industrial town has been a cumbian hotspot. Over the decades, local musicians and DJs have added their own twist to cumbia with their propensity for slower tempos breeding a subgenre known as cumbia norteña, a deviation that’s comparable to what dub reggae is to normal reggae.

Then, around the late 90s, the genre bred a teen fanbase so passionate about cumbia that they began referring to themselves as Cholombianos, which simply means Colombians in Spanish. Enthusiasm for the mellow beats and their place of origin was expressed by the teens sartorially, in what feels like an unprecedented manner. The Cholombianos have a distinct style of dress that combines oversized dickies, giant plaid and Hawaiian button-ups, t-shirts with Mexican religious iconography and airbrushed, graffiti style text, and hand woven necklaces emblazoned with their names, neighbourhoods and favourite radio stations. But, really, it’s their sculptural hairstyles that are of most note.

Though the subculture includes both young men and women, usually between the ages of 12 and 20, the most extreme hairstyles are usually sported by males. Their masterpieces, held together with unbelievable amounts of gel, generally follow a similar format: long, thick sideburns, which frame the face on either side, remain motionless and slicked down. On the back of the head, a rectangular patch is shaved, leaving a floating tuft of hair below, often with a rat’s tail. Fringes are parted dramatically into slicked down spikes, like a fine toothed comb. Sometimes the hair on the crown of the head is raised vertically in spikes or curls. To complete the look, Cholombianos wear hats that are too small, so they remain perched on top of the head. Much like in rockabilly or punk, the Cholombianos’ intricate styles convey two things: a passion for cumbia and a refusal to comply with established norms.

Faces from Part & Parcel’s plus-size agency Talent on being fat & thrivingFour women signed to the US brand’s inclusive new agency share their modelling journey so far, how they’re navigating being plus-size, and slowly redefining the fashion industry
Cholombianos8 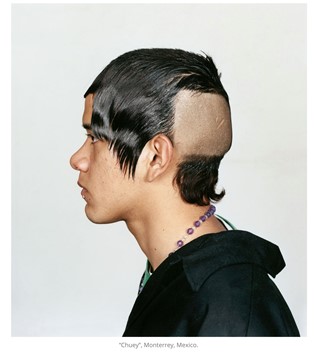 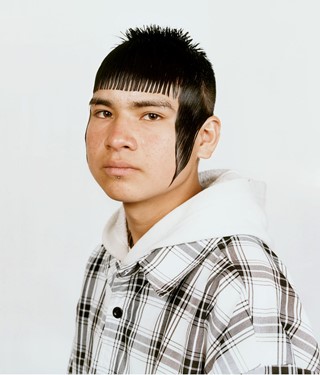 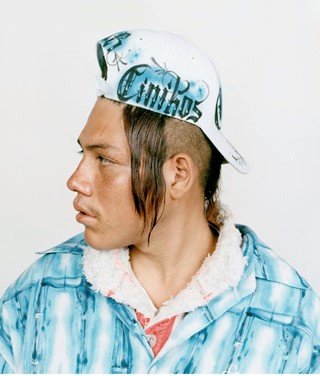 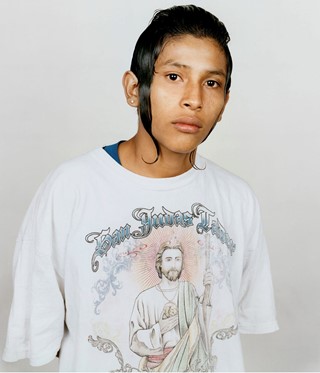 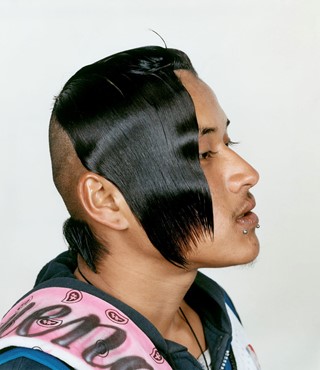 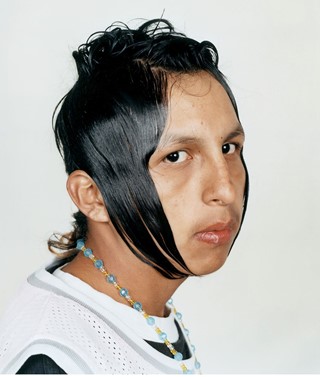 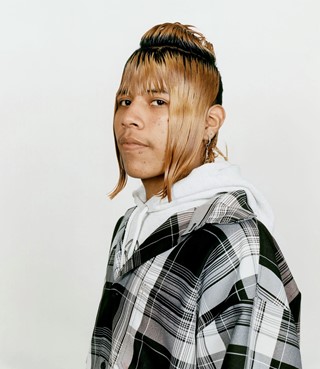 Sporting this subversive look was a risk in more ways than one. Much like mohawks in the 80s, the Cholombiano hairstyles were perceived as flagrant signals of anti-establishment mentality. This staunch projection of counter-cultural association led the subculture to be unfairly targeted and harassed by the police. Towards the end of 2011, Monterrey fell victim to cartel-related violence, who were fighting for drug routes in the wealthy city. Solely due to their eye-catching appearance, Cholombianos were increasingly singled out by police and started to hide their hair in their hats for their own safety - a great injustice given the Cholombianos’ non violent temperament. In fact, those close to the Cholombianos like Ruiz describe them as mellow and peace-loving, much like the music they listen to. “The music they dance to is slowed down,” Ruiz explains, “so if anything, all they do is smoke some weed and dance in circles, very slowly, kind of huddled together. They aren’t bad kids, they’re just from the wrong side of the tracks.”

As presenting this way became increasingly dangerous, the subculture dwindled. Ruiz was able to capture this stand-out group at a prime time. As the photos age, they’ve become essential documentations of an ephemeral moment. “I think they are a kind of time capsule, a small sample of a subculture from a particular place and time,” says Ruiz. While Latinx populations have always been beauty influencers; their unique contributions have been both widely appropriated and overlooked. Ruiz’s Cholombianos ensures that Monterrey youth – who have engineered a progressive look that’s distinctly their own – will be celebrated and remembered in the future for what they are: pioneers.

Cholombianos will be exhibited this September in the Northlight Gallery at Arizona State University, followed by the release of a monograph in 2020