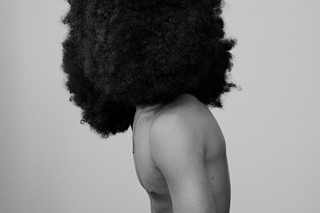 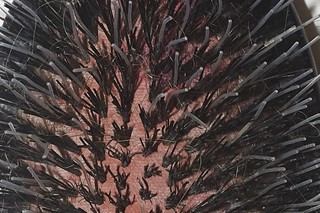 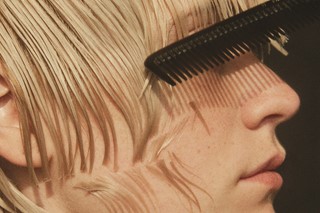 Earlier this year, we explored the emotional side of haircuts, and why people seek such drastic changes after experiencing trauma. Despite this, keeping your hair and working with as much or as little as you’ve got can be extremely empowering and transformative.

Looking to explore this, New York-based hairstylist Edward Lampley enlisted eight photographers (and friends) to contribute to a photobook entitled HAIRTEST – giving each of them a brief of creatively capturing hair via their respective lens.

“Hair is a force that can give you the best day,” Lampley says, before adding: “Or the worst!” With HAIRTEST, he attempts to bridge the gap between editorial coverage and hair as an art form. “I wanted to have fun and inspire those around me to push their own limits and allow the ‘different’ to have place.”

The cover of the book itself lensed by Caroline Gendron is a stark detail shot of hair plugs, while inside we see photographer Annie Powers get up close and personal with a haircut. Elsewhere Drew Vickers’ delicate ball of hair could be mistaken for a puff of candyfloss, while Matthew Sprout’s images see a model engulfed by a giant afro. “I really wanted to explore creative ideas with each contributor,” Lampley adds.

Not only is HAIRTEST a creative exploration, but also a deeply personal project for Lampley. While working on the book, his father-in-law was diagnosed with non-Hodgkin's lymphoma and sought chemotherapy for treatment. After seeing little to no result, they looked towards alternative treatments thanks to the Cancer Research Institute. Due to this, 100 per cent of the proceeds will go to CRI to help fund its research into alternative treatments.

The message of hope is something the hairstylist hopes people will take away from HAIRTEST. “We can change the world with what we do,” he concludes. “We can do more than put out good creative work, we can create things that are in favour of good causes.”