The skinhead movement’s links with neo-Nazism made for a dark chapter in Britain’s countercultural history, but its origins celebrated London’s multiculturalism and working-class pride. Where did it all go wrong?

The fickle nature of trends sees the pendulum swing from one extreme to the other so rapidly it can be impossible to keep up: if you were to believe the dictatorial headlines of leading fashion magazines, hemlines are short one week and long the next, eyebrows go full before swiftly becoming thin again, bumsters are in then flares are out. Whether you choose to follow the trend bellwether is up to you, of course; but even to those observing from the outside, its ability to lurch from one end of the style spectrum to the other can be head-spinning.

So it was with men’s hair in the mid-60s. It might be a decade best known for the longer hair popularised by The Beatles, but just as soon as their mod-inspired mop tops gained global currency, the mod movement underwent something of a schism. While the original mods were aspirational with their slick tailored suits and hair cut with razor-sharp precision, there was a younger generation emerging who were happy to embrace their working-class heritage, rebelling against what they perceived as the empty promises of the, then fading, hippie movement, or the “peacock” mods’ idea of gentlemanly style.

Like so many moments in British countercultural history, this new attitude was born from the poorer corners of London’s East End, which was, throughout the 60s, undergoing something of an upheaval. Many families had been uprooted and moved to the new, Brutalist housing blocks that were spreading across the east of the city, fostering a spirit of cross-cultural pollination between the white working class and Windrush generation immigrants from the Carribean, and soundtracking this cultural shift was a fusion of rock’n’roll with ska and reggae.

For early adopters of the trend, the decision to shave their heads was, to begin with, a matter of practicality as opposed to any kind of style statement: many of the movement’s progenitors were blue-collar workers, and in the factories, long hair wasn’t just hot and heavy, but actively dangerous. Opting for a No. 2 or No. 3 grade clip guard haircut, for these youths, the utilitarian nature of the skinhead look became a way to reflect a sense of pride in their working-class roots and allowed them to develop a new sartorial vocabulary that was more affordable than the expensive suits of the mods, and more practical than their meticulously managed hair-dos. For young women sporting the look, a shaved head became a way of rejecting society’s contention that a woman’s beauty was tied up with possessing long, lustrous locks. Within a few years, the style had become the city’s most popular youth movement. But just as quickly as it spread, by the early-70s it had already faded, as its most faithful followers grew out their hair to turn back to their mod roots -- only to be revived in the late-70s as a response to the advent of punk rock in a very different, and altogether more disturbing, guise.

A disenfranchised generation of working-class youth adopted a revamped version of the skinhead uniform that came to be associated with far-right politics and the neo-Nazi philosophy of the National Front Party: Doc Martens, bomber jackets, braces and bleached jeans. Instead of the No. 2 or No. 3 grade clip guard haircuts of their predecessors, many of them shaved their hair off completely with razors, and where the music had previously reflected the multicultural spirit of their city, the new skinheads embraced Oi!, a subgenre of punk that included elements of pub rock and football chants.

Succubus chic: get to know the deadly new It Girl
Skinhead: An Archive16 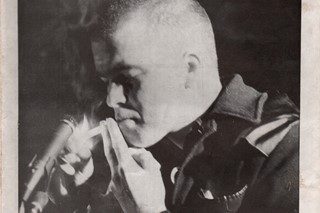 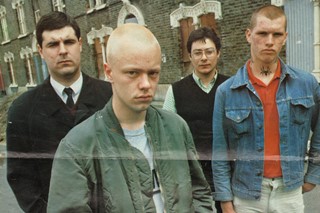 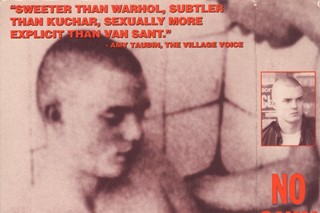 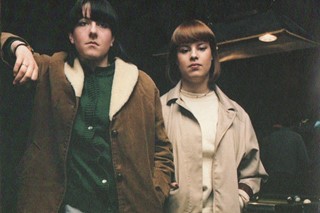 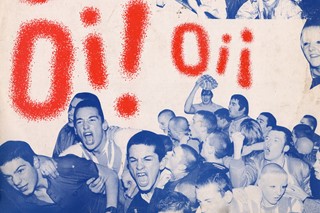 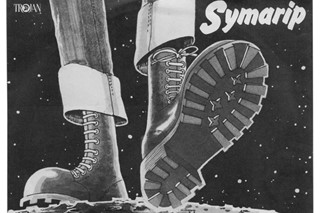 Where many style-focused subcultures have seen themselves unfairly vilified in the media, in the case of the skinheads, it was somewhat earned. It’s said you could often find skinheads of this ilk stalking the streets of Bethnal Green in packs and harassing the local Bangladeshi population, or attending gigs that descended into racially-motivated violence and arson. Members of the National Front would attend football matches to further stoke the flames of their ethno-nationalist agenda, handing out propagandist flyers and encouraging post-match hooliganism that made daily headlines around the country.

It’s this association with neo-Nazism that has coloured the understanding of skinheads in the public consciousness from the late-70s onwards, making for a reputation that has been hard to shake off -- even if there are now organisations, such as Skinheads Against Racial Prejudice, that have made it their goal to confront the movement’s links with white supremacy and return to its original, multicultural spirit. Indeed, what makes it so unfortunate is that the first generation of skinheads were, in truth, non-violent idealists: they simply wanted to take pride in their working-class roots and develop an affordable style they could make their own.

Fast-forward to today and the shaved head has seen something of a resurgence in the worlds of fashion and beauty, particularly for women: just look at Ruth Bell, who shaved her hair off for an Alexander McQueen campaign and saw her career skyrocket, becoming an ongoing muse for Maria Grazia Chiuri’s Dior; or Adwoa Aboah, whose buzzcut has graced the covers of Vogue editions all around the world. Before it became clouded by the distasteful politics of the second wave skins, the shaved head was understood by its female followers as representing something else entirely: a new-found freedom from the strictures of how society told you to dress or fix your hair, and an opportunity to craft a fashionable look that also functioned practically within the day-to-day life of Britain’s working class. Harking back to these early interpretations of the style, today the skinhead look reflects the defiant independence of its wearer.

And yet, no matter how many women have attested to the liberating power of shaving one’s head, the act of a woman shaving her head is still stigmatised: take Britney Spears’ 2007 self-administered buzzcut, which has been unfairly extrapolated by the tabloid media to associate a shaved head with mental health issues. It’s telling of our culture’s misogyny that a shaved head on a man has come to represent a kind of warrior-like confidence or mere practicality, while if a woman does the very same thing, it’s interpreted by the media as a sign she’s troubled. Even if it’s a style that has been increasingly co-opted by fashion, the skinhead look continues to be misunderstood.

What remains from the roots of the skinhead movement, however, is the significance of shaving one’s head as an act of defiance: a two-fingers-up to the sartorial strictures of Western society, with its deeply ingrained codes that tell us how we should look, dress, or indeed, style our hair. Shaving your head isn’t a pledge of allegiance to right-wing causes or a sign of declining mental faculties, but an act of bravery: it’s an invitation for those looking at us to see us in the raw. No beauty statement could be more powerful than that.