The brand has been criticised for its aggressively masculine marketing

Do men need make-up made specially for them? This question has been making the rounds on Twitter after make-up brand War Paint recently came under fire for its rigidly gendered marketing. Founded by Daniel Gray and geared specifically towards men, War Paint specialises in foundation, concealer and bronzer, while its website hosts tutorials for men on how to apply the products and a blog covering topics ranging from correcting shiny skin to men’s mental health. 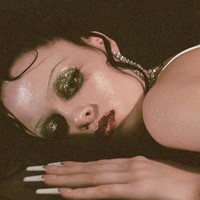 We may be in a sex recession, but ‘post-shag’ make-up on the rise 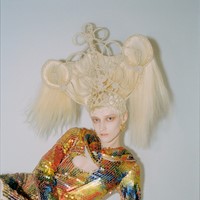 While the brand has been around since last year, its most recent video campaign has caused quite the backlash. The video in question follows a heavily tattooed and toned man as he showers, puts on his skull ring and applies make-up. Not only can the make-up itself not actually be seen – the model holds jars and rubs his face but we never get a glimpse of the product – but many people have been speaking out about what they feel is unnecessarily aggressive masculine branding and promotion.

In Korea, men spend more than $1 billion annually on beauty products and none of them do this cringe lol https://t.co/8o2qL0J2lJ

Further still, the campaign has called into question whether men actually need their own make-up.

As a man who has purchased makeup for photo and video work for YEARS now, I can say definitively — the same makeup that works for women can also work for men. This is stupid. Toxic masculinity is stupid. Grow up and go to Sephora. https://t.co/WfBLRt4RKR

While War Paint has yet to directly address the criticism, they have responded to a commenter to defend the need for male-specific formulated make-up, tweeting a statement that can also be found on their website.

“Many people believe all skin is the same, however, men and women's skin are very much different,” writes the brand before they go on to point to men’s larger pores, thicker skin and regular shaving as reasons for needing differently formulated make-up to women. “All of War Paint’s products are individually designed for men’s skin,” they continue, with ingredients including vitamin E to protect against UV rays damage which they say men are more prone to and tea tree oil to fight acne.

This is not the first time that make-up has been made for and marketed towards men, however. Last year Chanel’s Boy de Chanel make-up range was met with widely positive reactions, as was Tom Ford’s male beauty range. The difference, it seems, lies in the packaging and marketing spin – both War Paint’s name and campaign imagery tap into a hyper-masculinity that is currently being challenged for its toxicity.

Though the brand must surely be commended for its attempt to debunk the archaic notion that make-up is a strictly feminine pursuit, in a world where gender is increasingly being accepted as fluid, it doesn't do enough to challenge notions of traditional and toxic masculinity.