Iris Luz has no eyebrows. She hasn’t had them since she started at Dazed Beauty; it’s part of her striking look. But then again, her eyebrows have always been a somewhat defining feature, a way of standing out from the crowd, where previously she felt she blended in. Before she shaved them, she bleached them. She'd dyed her hair blonde and her dark brows made her feel off balance. Before that, she’d experiment with plucking and even cutting slits in them. And now? Now she wants to grow them back, but it hasn't been without it's challenges. 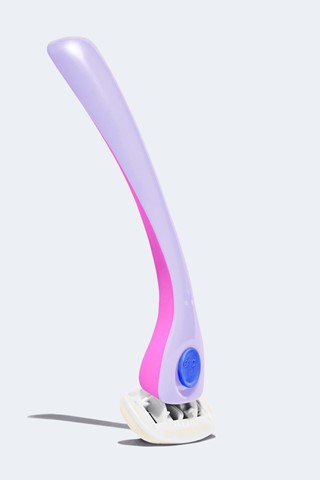 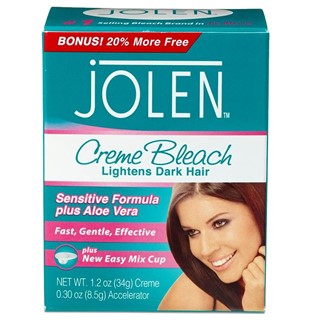 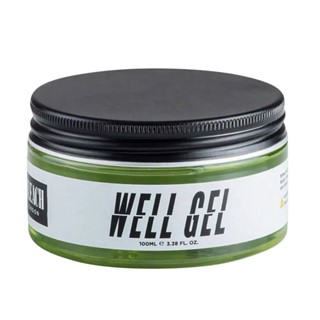 When did you first become aware of your eyebrows?
Iris Luz: Since very early on as they’re very expressive and hench.

When did you first start experimenting with your eyebrows?
Iris Luz: I remember my first experiment was trying to pluck them and accidentally plucking a bunch of hairs at the centre of my face, I looked like I just had a stroke. I then remember trying to cut slits in my eyebrows as a cheap way to feel cute. However, I didn’t buy the proper electric razor people use and instead used my rusty old leg razor which made massive slits in my brows and looked comical once again. I then, as many people who were on Tumblr did, decided I needed to become Cara Delevingne and made them extremely bushy and black (I looked like Groucho Marx). But that didn’t fit my identity within.

When did you first bleach them?
Iris Luz: When I first went blonde so approximately one and a half years ago. Once I’d gone blonde I decided if you go full blonde you need to bleach the brows too. It was too intense otherwise.

How did it make you feel?
Iris Luz: It made me feel very clean and like a newborn baby. It also became a very easy means of self-care that instantly made a difference in my attitude and confidence.

What did it bring to your face?
Iris Luz: The bleaching just made me look more different and bold compared to how much I blended into the background before. It also kind of opened me up to a whole different range of make-up looks I couldn’t do before.

How often would you have to do it?
Iris Luz: Literally every two days. My mum is Portuguese and my dad is French and hairy so my eyebrows grow out faster than the speed of light, which means I needed to bleach my poor skin every other day to keep up and not look like a sad leopard.

What were the challenges of bleaching?
Iris Luz: First there's the bleaching learning curve, you learn how to do it effectively through trial and error because everyone is different. Then your skin apparently thins because you’re evidently not supposed to douse it in corrosive substances. Thirdly, when I was modelling more often I’d have to bleach overly frequently to make sure the roots weren’t showing which took up a lot of time (it’s hard to focus on other things whilst you “eyebrow bake” as it can burn a bit). In the end, my brows started falling off like bristles on a Poundland brush.

Why did you make the move to shaving?
Iris Luz: Last Halloween, I decided to go as a medieval nun and thought I should shave my brows off, and I’ve been doing it ever since. It’s easier, less painful and quick. Also very clean looking.

What kind of maintenance did you have to do?
Iris Luz: For shaving, literally none, apart from taking a hot shower (to open the pores).

What did shaved brows bring to your overall look?
Iris Luz: I looked the same but slightly more alien like, especially in photos where I look demented.

Do people treat you differently due to your brows?
Iris Luz: No, but they often touch them without my consent which is funny/annoying and oddly intimate. Especially when you’re simultaneously telling them it feels like pubes.

You’re now growing them out, why?
Iris Luz: Recently I realised that my overall look is too harsh for me, made worse by the flashback on cameras so I am now sadly retiring the bald brow.

What are the challenges of growing them out?
Iris Luz: I look like I have pubes stuck to my face as these bad boys slowly but surely resurrect themselves. I feel slightly self-conscious because of it. As soon as they’re slightly long enough I’ll bleach them as I definitely won’t be getting any modelling jobs with this look any time soon. Because for modelling it’s not ideal, and flash photography and I do not go hand in hand when your brow bone reflects all light.

What are your top eyebrow tips and products?
Iris Luz: For slits in brows: buy an electric razor. For bleached brows: take a hot shower and lather your skin in oils and moisturizer for an hour and a half prior so you can’t feel the burn. Also, backcomb the brow so all your hairs are coated. For shaved brows: shave whilst in the shower and make sure you get the hair cut at the root in the first go as it’s harder to go over shaved hairs and cut them shorter.