There’s a big problem facing older people living in Ukraine today. Most people over 60 receive a pension of a little less than £90 a month. Lunch at a Kyiv cafe costs £9 per person. It is one of the worst countries in the world when it comes to the quality of life for pensioners, on a par with Algeria and Angola.

The elderly in Ukrainian love to remember how good they lived during the “sovok” (an informal word for the Soviet Union) when there was cheap food and you didn’t have to care about your outfit – under communism “everyone was equal”. After Ukraine gained independence, they were faced with new rules that came in from the West: cheap, multi-coloured second-hand cosmetics began to spread, nightclubs opened, TV-channels started to show programs that raised the topic of sexuality for the first time.

However, the quality of life among old people fell. 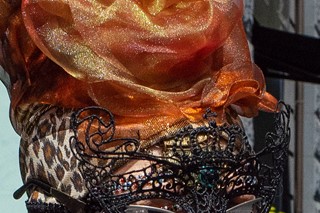 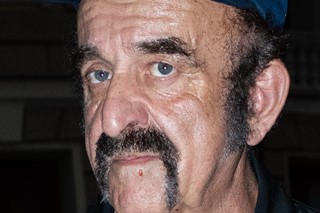 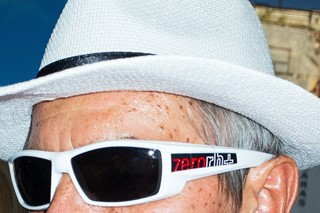 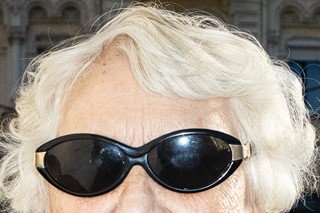 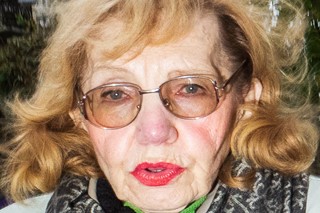 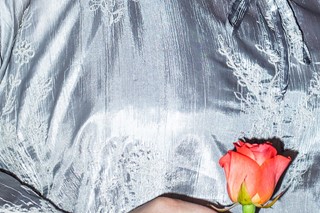 Over the years, entire networks of services for old people have been formed here: for example, in Kyiv, you can see hairdresser kiosks with haircuts for 40 UAH (£1) and a manicure for 100 UAH (£3) near each metro station, and dozens of pensioners inside any one of them.

Older women here have a tradition – no one can tell you where it came from – to turn their hair into a fluffy bouffant and dye their greys to the colour of fuchsia. Women with such an appearance can be seen in countless Kyiv rynki (markets), where pensioners earn extra money to add to their pensions and get the chance to gossip with one another.

But as with most countries, being old in Ukraine means being invisible. All public life is sharpened for the younger generation: the majority of attractive clubs, shops, entertainment. And all advertising visually focuses on young healthy people. Businesses exclude pensioners from their marketing because they believe this age bracket do not have the money. Success stories, such as Maye Mask, the Canadian model who is modelling in her 70s, bewilders the old people I talk to in Ukraine: they don’t believe that after 60 you can be a person who's passionate about life and expose your body.

There are exceptions to this rule, however. 70-year-old pensioner Elena Volk lives in Kyiv. She attends youth parties, openings of contemporary art exhibitions and events in nightclubs, participates in nude photoshoots and considers herself an outcast in a get-together of old people. “Now I feel at the peak of sexuality,” she says, but people like her and her peers are considered freaks.

A few years ago, the Zhiznelyub club (Swinger club) appeared in Kiev. It developed a community of old people who want to remain fashionable and socially active. They are often filmed for music videos, movies, and social photo projects; they fascinate the creative young. The club distributes hot food, medicine, and other necessities to pensioners for free. But it is the only such initiative in the country so far. With so little to occupy them beyond hair and nail salons, and so little money anyway, you have to wonder: what are old people to do?