We talk to Allen Ginsberg's confidant as a new experimental film, starring James Franco, explores the 1957 obscenity trial of the American poet's most famous work 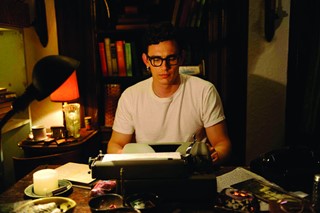 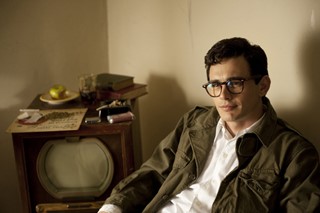 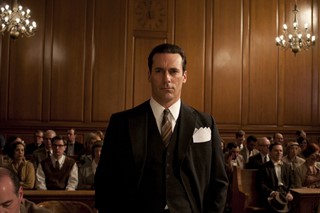 It’s easy to take counter culture for granted nowadays, if we can even call it that anymore. It’s always good to know and understand where you have come from and anyone who sees themselves as operating outside of the mainstream, or influenced by the left of field, should have at least a dilettante’s knowledge of the Beat Generation. Jack Kerouac, William S. Burrows and others made up a group of writers whose life choices, style of living and thinking still seems fresh and revolutionary today.

'Howl' is the name of Allen Ginsberg's most famous poem, and it's also the name of the film dealing with the obscenity trial that followed the publishing of the poem in 1957. The film stars James Franco and is supported by Peter Hale who looks after the late Ginsberg’s Estate, helping to preserve the truth and history of the Beat movement.

Dazed Digital: How did you meet Allen Ginsberg?
Peter Hale: I was a student at Naropa Institute in Boulder Colorado taking classes at their summer writing program in 1985. I was more a fan of Burroughs at the time and knew very little about Allen. I was stopping by Burroughs' summer apt (as one could do those days at Naropa) and had just missed him, but Allen was there cleaning up the place. We'd met briefly a few times before, but this time I had him alone! Since he had quite a reputation around Boulder for always being on the make, I feared I might be warding him off but instead, since I'd read little poetry, he sat me down and gave me a reading list and suggested I sit in on his classes.

A few weeks later we did E together. Gregory Corso had given Allen some, and it was just about to be made illegal here in the States. Allen had a little left, and suggested we try it. He always started any drug, especially psychedelic/psychotropic types, with 45 minutes of sitting meditation, Zen style. He definitely did not take this sort of thing lightly. Sitting next to old bard, Allen Ginsberg on the meditation cushion when the E kicks in about 20 minutes in, now that's a life changing moment. Allen was confused as to why it was called ecstasy, and insisted 'empathy' more accurate.

DD: I get the impression you have kind of dedicated a part of your life to maintaining an accurate record of what happened with the 'Beat' writers, why do you feel it is so important?
Peter Hale: I guess that since I was lucky enough to have this job practically fall into my lap, it's more that I feel a huge responsibility to Allen's legacy. A pretty daunting position to say the least, and I'm sure I'm remiss in a lot of areas, but it's a challenge I enjoy. Allen in his own lifetime worked so hard to keep the record straight. It infuriated him how easily and often he'd be misquoted and how sloppy journalists could be, to the point that he insisted on reviewing any interview before it was published. Just being witness to his process taught me a lot about how he wanted things.

DD: Do you think Howl the movie is an accurate fiction of that time? If so in what way has it captured what happened so well?
Peter Hale: I think Howl is pretty genius as an amalgam of Allen's life in that decade. They so deftly strung together interviews from various times to represent a Ginsberg greater than at any single moment. Franco's reading of Howl incorporates styles that span Allen's entire lifetime. The set production designer, Therese Deprez was so keen on getting every detail right, that her team poured over every last photo of Allen, his friends and Allen's apartments from the 50s in order create something as accurate as possible, down to the Dinah Washington album cover, the Mass in B Minor, sleeve, the Blake postcard on the wall. The wallpaper in the color scenes is exactly what's in his NYC East 7th St apt in 1953. The black and white scenes where Allen is laying down on the stairs outside were modeled after a shoot in 1959. Kurt & Bart, the costume designers, recreated Allen's baggy suit and white shoes down to the last stitch! It astonishing how closely they studied those details and how faithful they were.

DD: What do you think Ginsberg would have made of the film?
Peter Hale: We'll never know what he'd think, but there's no denying he'd be thrilled with Franco as him. I think the fact the poem is centre stage would win his approval for sure. Since the interviews really are Allen's interviews, he couldn't accuse anyone of putting words in his mouth! Such an intelligent move on Rob & Jeff's part, to make the movie that way.

DD: Do you think the issue of censorship is still relevant?
Peter Hale: Yes, definitely. So far the Internet seems fairly capable of circumventing attempts at censorship, but never underestimate the will for humans to censor one another. We really need to be perennially vigilant against that drive. That's a point Jake Ehrlich/Jon Hamm makes in his closing argument in the Howl trial. With corporate push against net neutrality for instance, It may not be governments we have to worry about this round!

DD: What do you think it is about the movement, if indeed you view it as a movement, which continues to capture people's imaginations?
Peter Hale: It's the celebration of the individual in all of its grit and glory I think and in an increasingly impersonal world, it's very humanising!

Howl is out now.