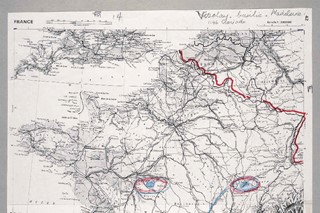 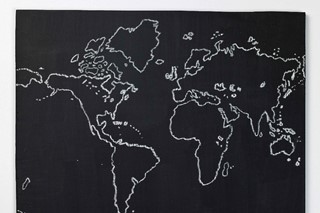 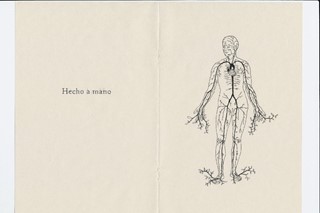 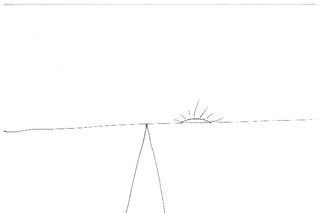 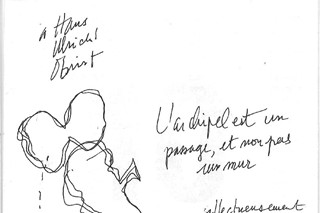 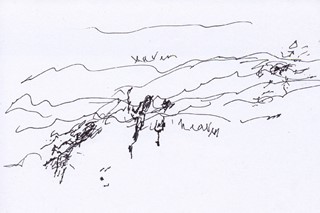 Curator Hans Ulrich Obrist has chosen maps as the theme to this year’s Marathon at the Serpentine Gallery, a now annual event and part of Frieze, in which leading artists, scientists and thinkers debate and collaborate as they present their interpretations on a given theme. The ancient art of mapping has undergone rapid development in recent years with Google Street View enhancing the function of maps, as well as the rise of the info-graphic which coincides with our increasing fascination with producing and analysing data. Dazed Digital speaks to Obrist ahead of Map Marathon, about binging together vastly different disciplines and in turn becoming one of the leading facilitators of pioneering contemporary thought and philosophical debate.

Dazed Digital: Why have you chosen maps at the theme of this year’s marathon?
Hans Ulrich Obrist: The idea was triggered earlier this year when we organised the DLD Digital Conference in Munich. I found out through the research there that maps are such a big feature in the world of the digital now. The big stories are social networking providing real-time maps and Google Earth enhancing what maps can do. For my world, the contemporary art world, it seemed like a very unique topic that linked art, architecture, and technology. It took several months to research it and develop it into a marathon. It’s fitting that it will take place at The Royal Geographic Society because the topic of maps is so linked to the institution; it is basically a building full of maps.

DD: What does going back to the home of maps tell you about what today’s maps have become?
Hans Ulrich Obrist: Well that is what we are hoping will come out of the debate over the Map Marathon. We want to come up with a new definition. We want our participants to put forward their ideas and hopefully we can find that out from the weekend. There are still very traditional physical maps, we have hand drawn maps. Kevin Kelly for example, he has drawn a map of the Internet in handwriting, so we see a lot of these very physical hand-written maps but there are also digital maps.

DD: What is the most unusual realisation of a map?
Hans Ulrich Obrist: It’s very broad but the most unexpected would be the opening event where Luigi Ontani, who is a pioneering Italian artist, is going to do a tableau vivant with many different participants, some in costume, and an oboist. There will be a procession in London which will become the tableau vivant.

DD: In addition to the work and ideas being presented, how important is the debate element?
Hans Ulrich Obrist: It is the reason we bring together these people from different fields, to create the conditions for them to share ideas and to collaborate. And the weekend should not be the end of the collaboration. The collaboration can inspire and shape future work. For example the French artist Dominique Gonzalez-Foerster and the Spanish novelist Enrique Vila-Matas have interviewed each other and this debate played an important part in inspiring Enrique Vila-Matas’s novel Dublinesca. People may collaborate or work together but it’s hard to predict or prescribe but you can program the conditions for this to happen and then lots of different things can occur.

DD: So would you say philosophy, and philosophers are more integrated into other fields now?
Hans Ulrich Obrist: I don’t think you can have a protagonist who says “philosophy says…” and “a scientist says…”, because it’s about building bridges and not taking bridges away and separating the disciplines. I think particularly in terms of science, there is a great potential to gain a lot from interdisciplinary discourse and if we take the protagonist view of science, and art, and the separate disciplines, we are actually preventing dialogue from happening. For example Marcus Du Sautoy who is a brilliant mathematician recently put on an exhibition with (Turner Prize-winning artist) Anish Kapoor (Sculpture in Hyde Park).  He understands the importance of dialogue between science and the visual arts.

DD: Does philosophy still have a role then, I think Hawking’s point was that philosophy is somehow redundant?
Hans Ulrich Obrist: I think the world has a lot of issues right now and questions to be addressed, the economic situation for example. We can pool all our knowledge answer questions about these things. For example with climate change, a climate researcher could talk to a philosopher, an artist, an architect, for an idea - people outside of the protagonist idea of science, to help to develop and clarify ideas. György Kepes, the Hungarian modern art critic and visionary, says we shouldn’t fear pooling knowledge. Any contribution we can gain from pooling knowledge should supersede that fear. With the marathon, the small contributions result in a collaborative pool of ideas that should inspire and develop further ideas.

Many of the maps presented in this year’s Marathon and the discussion they provoke will be included in a forthcoming book to be published by Thames & Hudson in 2011.