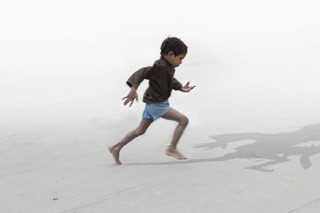 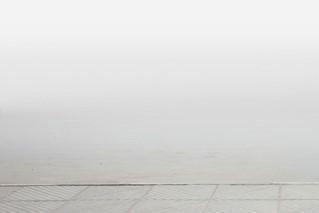 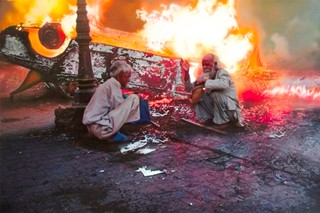 Caroline Becker and Simon Harrison took a trip to India together back in 2008, and while they were there Becker photographed people in the main square in Jaipur. Five hours after the photographer had snapped the locals a terrorist bomb went off in the square, and suddenly the photographs took on a whole different meaning, one which the graffiti artist Simon Harrison was able to help bring to the fore. The two creatives work together as BeckerHarrison to produce what could, to the uninformed eye, be the work of one person: Becker’s photographs are worked on by Harrison, who adds surreal depth and meaning to the already great images. Dazed visited them in their West London studio to find out more about their unique collaboration.

Dazed Digital: There is a strong message ‘What a difference a Day Makes’. Would you say that your art is political?

Simon Harrison: The Jaipur project is obviously a comment on a political atrocity.

Caroline Becker: But it’s more talking about the people in the situation.

Simon Harrison: Neither of us are claiming to be a political expert but we both disagree with terror attacks. the whole process is just so ridiculous, the reasons for doing it. It’s just noise: one person makes this noise and one makes another noise and then one person says, ‘I don’t like your noise, and I’m going to try and kill you for it!’

Caroline Becker: It’s just like saying I’m better than you.

Simon Harrison: When obviously they are not because an act of violence is defensive and comes from a sense of inferiority.

DD: Tell us how you collaborate, how do you work together?

Simon Harrison: Well, Caroline gives me the images, so it depends on what Caroline hands over to me, unless we go on a trip.

Caroline Becker: With the Jaipur project we really discussed what we were going to do. We always sit and figure it out until it’s right, for both of us and I think that’s one of our strongest points actually. There is no ego trip.

Simon Harrison: it’s an exercise in consideration, you get the picture and you say, 'right, what can you do to this that makes it more than it was?' In this case they were really nice pictures, so obviously it was quite a leap to take something that looks finished and change it. The word I would use is synergie: you take two things, you put them together and you get something that’s greater than the sum of it’s parts, and it’s quite an exercise to do that in a way that doesn’t interfere, interrupt or damage what was there previously.

Simon Harrison: Yeah, thats one thing thats always bugged me about whenever I’ve seen collaborative art? When its too obvious that ‘this is my bit and thats your bit’ it always strikes me as a bit of a rude way of approaching it.

Caroline Becker: So it’s not important who did what, it’s just the end product.

Simon Harrison: It’s has to end up so that when someone looks at it they just go that looks like one thing, not two things (on one thing).

Simon Harrison: With these pictures it’s more a dialogue regarding the event.

DD: How did you begin working together?

Simon Harrison: I was teaching Caroline Kung Fu, and at the time she was taking pictures of homeless people. When she told me I said, “Let me get this straight… You are walking around dodgy areas with a £5,000 camera on your own taking pictures of people who could potentially rip you off?" I didn't think that was a great idea so i said I would come with her, and it developed from there.

Caroline Becker: Yeah, we talked about what would happen if you might spray on an image, or paint on it, and then the next thing we did was a charity thing for a group called Education For All and we raised some  money with a little book to build a school in the mountains for girls who would not get a chance to get a higher education.

Simon Harrison: In the Atlas Mountains (in Morocco), parents are unwilling send the girls away to be educated because it’s dangerous and they can get abducted.

Caroline Becker: They have a need for boarding schools so the parents know that the girls will be picked up in the morning, driven to the school, and that they will stay in the school until Friday night when they will be brought back.

DD: Where will your next project take you? Would you continue to work in the ‘third world’?

Caroline Becker: We were in South America- we were in Bolivia and Peru we haven’t had time to tell that story yet so we have to work on that so I think, yes, we will.

DD: How do you feel about your upcoming exhibition?

Caroline Becker: It’s nice when someone listens to your story… The story you have to tell. We just get on, we do our thing.