Jon Savage on an exhibition of montages, photography and collages capturing a uniquely British punk aesthetic 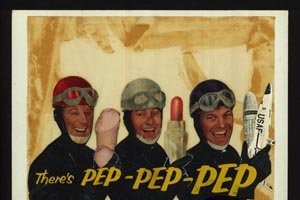 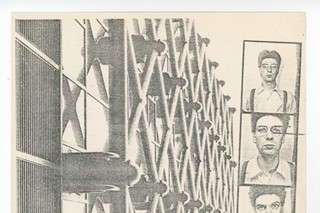 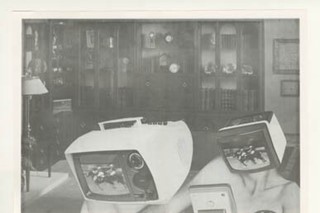 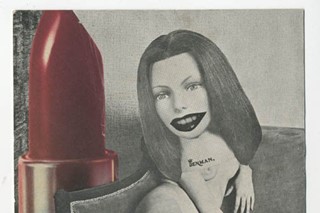 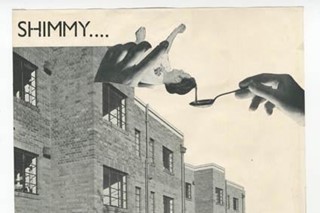 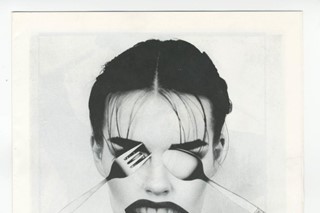 Taking it’s name from an art fanzine Jon Savage and Linder Sterling published in 1978, 'The Secret Public' exhibits photographs, montages, colleges and show bills the pair produced between 1976 and 1981, capturing their perspective on urban life from a crucial period in British punk. The name 'The Secret Public' was initially coined as a reaction to the fact very little of what they were reflecting in their work was mentioned in the mainstream or even the music press at that time. Jon Savage is the author of acclaimed punk and youth culture books 'England’s Dreaming' and 'Teenage'. Linder Sterling is a visual, performance and installation artist represented in the Tate’s permanent collection. Savage spoke to Dazed Digital ahead of the exhibition’s opening in New York about the British art world’s reluctance to exhibit punk art, the significance of the printed magazine as a historical record and the cultural changes which have taken place in the city he once depicted.

Dazed Digital: A lot of the material focuses on Manchester and London but the show itself takes place in New York, is there a difference in the way people appreciate the work in America as opposed to on home soil?Jon Savage: Yes. The problem is with punk is that people here [UK] have a view about punk which is often quite restricted. A lot of people now think about punk in terms of The Clash and all that type of stuff but it wasn’t really like that. Often we in the UK see American culture much more clearly than Americans do. Often, you need to go into another country to get some recognition and interest. No doubt the Americans haven’t really seen this kind of artwork from the British punk period at all. I think it’s very interesting that it is in New York. In the UK people have a lot of fixed ideas about punk and so that might preclude them from seeing the material for what it was or wanting to put the material in an exhibition. In fact British galleries are only really now beginning to get to grips with punk so maybe the exhibition will come to the UK, I hope it does but it is part of an ongoing process. It’s taken British people quite a long time to recognise there is a lot more to punk than angry lads shouting with guitars.

DD: What is significant about this present time for the exhibition to be taking place?Jon Savage: It’s a good time. It’s strange for me because Malcolm McLaren just died and that was a big thing so it’s part of a process to really examine that period. There is still a lot of interest in punk. In some ways we are actually travelling back to those conditions. Since the late 70s we’ve had 30 years of considerable prosperity. I’m really hoping that things don’t go back to being as desperate as they were at that time but we are going to enter an age of austerity. As far as I’m concerned it’s something that happened 33 years ago but I just hope that people can take something from it that they can use, that’s what I’m interested in.

DD: A lot of the work comes from your zine, The Secret Public. That was 33 years ago but you’ve obviously kept these printed physical records. Do you think now, as so many people create and publish content online it might be much more difficult 30 years down the line to have the same sort of records?Jon Savage: I am a great fan of print, I’m very old school but that’s an interesting topic which is the storage of data and how do you store data on the Internet? I’m a great believer in having the physical object. I’m a great fan of magazines from all periods. That’s also why I write books because a book is a great way of storing information because it lasts for a long time. I think people tend to go lemming like into new technologies and think the new technology is going to replace the old and that’s the end of books and that’s the end of this or that, but not so. People still do magazines and I’m a great fan of magazines so I would not like to see them disappear.

DD: It’s certainly easier for people to produce and distribute their own content now but in 30 years time will they be able to present it in an exhibition like you are doing now? Jon Savage: They won’t necessarily have the same historical artefacts, which is what you’re showing in a sense, if the content is only ever digital. Well, unless they find some way of storing it and reproducing it, that might be another thing for people to think about. Just because you’re putting it on the Internet doesn’t mean you can’t store it and reproduce it in another way.

DD: There might be another way of looking at it which is getting the stuff out and then doing very limited editions of your magazine or what it is you’re doing. Jon Savage: We only did a thousand of The Secret Public, it wasn’t a big thing when you think about it so I’m amazed and pleased with this really. We didn’t do that many at the time because we didn’t do a price on the front so nobody knew how to sell it and it wasn’t the standard punk graphics so people didn’t know how to approach it at the time. We were inspired by the fact that during punk that you could do what you wanted to do.

DD: It’s interesting that you say it wasn’t the standard punk graphics because it was certainly punk in it’s ethos and the way you were approaching publishing.Jon Savage: It was certainly inspired by punk and it was just taking it a bit further. Neither of us were particularly interested in punk by numbers because that was as boring as the very thing that punk was reacting against in the first place. Certainly by the time we did it, which was 77, punk had become a cliché. Punk became a cliché very quickly which is a shame but it did.
DD: Those years are obviously significant but how important are the locations depicted in the works, Manchester and London?Jon Savage: A lot of the montages were done in Manchester. Linder did montages for Buzzcocks and I did a magazine and montages for Joy Division and Factory posters. I did a lot of Factory posters.

DD: Do you have an opinion on Peter Hook opening a club on the site of the old Factory Records offices? That’s certainly split opinion in the city.Jon Savage: Well, I’ve read Fuc51 [an anonymous blog which objects to the “relentless wave of borrowed nostalgia that continues to make stars of Madchester hangers-on and people steeped in yesteryear”]. They will be found out soon. Obviously it’s kind of funny and part of me just thinks ‘come on don’t be anonymous’. It’s quite easy when you’re anonymous, it’s a lot harder to actually do things in public and front it out. This is a problem I have with the internet in general, a lot of the comments are made anonymously and I just think you can sneer at a lot of people doing stuff but they’re putting their name to it and they’re going out in public with it. I have read the site and I have laughed I have to say but yes in some ways Manchester is like the new Liverpool in that The Beatles are Liverpool but it shouldn’t necessarily be a stranglehold. I don’t see anything wrong with the city having a past but if it’s having a stranglehold on new ideas coming through then it’s a problem and I’m not near enough to the ground to know whether that’s the case or not.