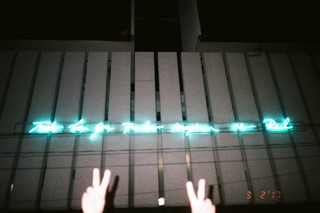 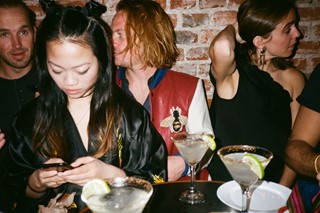 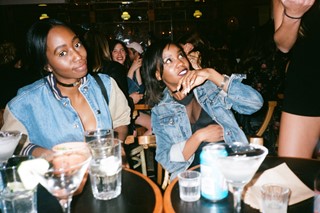 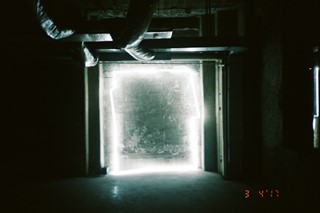 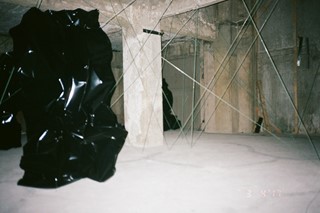 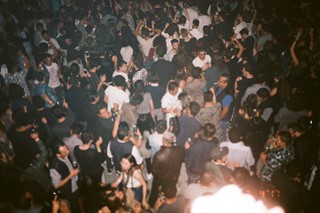 “BLACK is more than a party in a lot of ways,” says Max Pollack of Matte Projects. “We started it as this dark celebration of New York, doing an epic kind of darker sound and aesthetic. Then we really started wanting to push the visuals and pushing the artistic value more and more, to the point where it was really about – how do we bring musicians, visual artists together and create this experience?”

I’m sat with the three founders of Matte Projects in Mexico City, who are taking their BLACK party (although the three are keen to stay away from the p-word) out of New York and into another country for the first time. They say that the first time that they really felt they realised their vision of what BLACK is was in 2015 – featuring Gesaffelstein, Jon Hopkins and Flat White (Virgil Abloh), they lost $300,000.

“There was all this shit that happened on Halloween, where these parties got busted and the city basically shut down liquor licenses for pop-up events in a warehouse, says Matt. “We were working on it but literally the night before they were like ‘there’s no way that’s happening’. It was one of the best parties we ever did though. It was amazing.” They’re a charismatic, wildly optimistic trio, clearly obsessed with what they do and that it must be fun.

This year, for the first time, BLACK moved out of New York and into another country. In Mexico City Matte Projects tapped Seth Troxler, Thugfucker and Moon Runner to play and commissioned Latin American artists based in Mexico to help define the club’s look –  with each artist responding to the same brief.

“The aesthetic of the entire event was certainly affecting – Hotel Reforma is a wild space in which to throw a party, but it was the contribution of the Latin American artists that really created the atmosphere,” says Aldo Chaparro, a Peruvian sculptor whose angular designs were scattered around the building. “The beauty of ruin, of the destroyed, the beautiful in what time has transformed very slowly, with that calm and determination that only rust and erosion can create in its constant and relentless mechanism of destruction.”

Hotel Reforma was certainly an arresting destination, the perfect setting to run a historic clubnight. There was no issue with filling out the space – there was a packed dancefloor, but the art installations offered places of respite in which to gather your thoughts or take a break.

With so much ambition shown in terms of the design, the curation of the music felt somewhat lacking and slightly jarring. The audio environment was apt for the avant-garde, not the safety of a superstar DJ like Seth Troxler, whose heard-it-all-before house felt out of step with the futuristic vision presented in terms of design. Given that the three discuss the staleness of New York’s party scene and the lack of a spot that pulls “drag queens and bankers” together, it felt like the sonic experience could have been more ambitious, or at least riskier, particularly given how mindblowing they’d made the venue look.

The night ended strangely when – and this is from a statement provided by MATTE – “a glass barrier fell from the second floor of the venue and injured several people on the dance floor at around 5am.” Fortunately, nobody suffered life-changing injuries, but it was a paralysing moment when nobody was quite sure what was happening. “Bringing people together is the most powerful and beautiful things we do as a company,” Max continued in a statement. “People have fallen in love, amazing friendships have blossomed, and lives will be born in direct consequence to the gatherings and positive emotions we’ve created. Saturday’s accident is a shocking reminder that we are also not exceptionally exempt from the darker side of life.”

The next installment of BLACK returns to New York’s Brooklyn Hanger on April 8 and the eclectic lineup (Tommy Genesis, Midland, Trim) is way more in keeping with their admirable ambitions for what a party could, and should be. Their first foray into international territory didn’t come without missteps but marked a place in the sand as to how they’d like to take BLACK to the future.