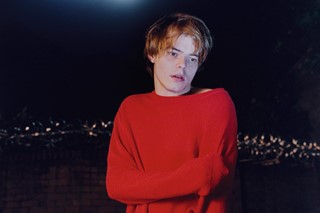 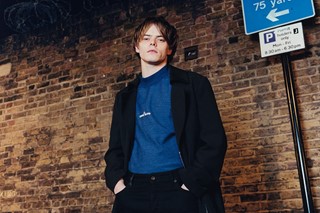 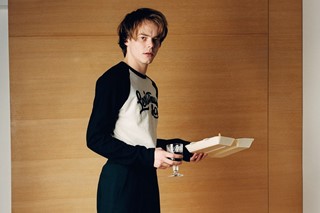 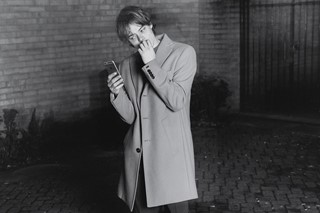 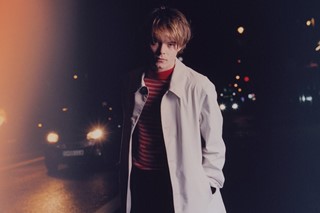 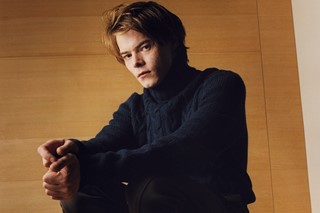 You can buy a copy of our latest issue here. Taken from the winter 2016 issue of Dazed:

Charlie Heaton is probably too nice to be famous. Nestled in the back room of his local Japanese-Tiki cafe over the course of a Sunday afternoon, he is greeted like an old friend by total strangers, asked for a selfie by giggling girls, and approached by a man mumbling something about doing a shoot ‘like Patrick Swayze in Red Dawn’. He indulges them all with faint astonishment, and a smile. “It’s still quite difficult to get used to, going from nothing to people recognising you,” he says. “But maybe it works in my favour that people associate me with my character, because they’ll be like, ‘Oh, it’s fine, he’s Jonathan, he’s really nervous around people.’”

Since Stranger Things premiered in July, Heaton has become synonymous with angst-ridden loner Jonathan Byers, the outsider who goes from dealing with the fallout of his brother’s disappearance to diving headlong into the Upside-Down and facing down the Demogorgon in his living room. In one memorable flashback, he tells his younger brother that Joy Division will ‘totally change his life’ – and with that, a new floppy-haired indie hero of the small screen is born. “He’s the unsung hero, in a way,” says Heaton. “Maybe he would like friends, but I don’t feel like he definitely needs them. He chooses himself.” It’s this dedication to undoing expectations of leading men that Heaton channels into his other roles: in this year’s tense thriller As You Are alongside Amandla Stenberg (“She does so much with her voice,” he gushes) and Owen Campbell, he plays a teenager negotiating his fluid sexuality in the Nirvana-nation of 90s suburban America.

“(Jonathan is) the unsung hero, in a way. Maybe he would like friends, but I don’t feel like he definitely needs them. He chooses himself” – Charlie Heaton

Heaton credits his upbringing in small-town Bridlington, on the Yorkshire coast, for his drive to escape into different worlds in later years. “We had a lot of freedom, we could just get on bikes and go to the forest,” he says. “(But) I always wanted to do, to explore, to travel. To feel surrounded by something bigger.” Aged 16, he moved to London and began playing drums in indie renaissance bands (remember Comanechi?) before getting into acting.

For those craving their next Heaton fix – I’m looking at you, ‘charlie heaton weird and unseen pics’ Twitter admin – there’s upcoming thriller Marrowbone, which he shot in Spain over the summer with Mia Goth, George MacKay and Anya Taylor-Joy. “It has this magical, fantasy feel,” he says of the film, “but a dark underbelly.” For the future, Heaton would love to do something even more grounded in reality. “I think people are interesting enough,” he says. “People with mental illness, or just real people going through real circumstances in life.” But, he contradicts himself with a grin, “it would be cool if Jonathan had powers too”.