Twenty years after she transformed the pages of Dazed into artworks, the iconic artist discusses power, pop culture, and why she watches The Real Housewives

To celebrate our anniversary, we’ve created a series of articles around the idea of freedom featuring some of the cultural iconoclasts who have defined the last 25 years of Dazed. Head here to read them all.

Barbara Kruger’s art hits you like a punch to the jaw. You’ve seen her work, even if you’ve never been to one of her shows – photography overlaid with coloured boxes filled with bold white Futura Oblique, or caps locked sans serif text that bears down at you from gallery walls and the sides and roofs of buildings. It’s not hard to miss, and that’s why it’s brilliant: it’s both direct and democratic, stealing the visual identity of advertising and fear-mongering tabloids to spread messages that question systems of power, that challenge corruption, sexism and consumerism. “I shop therefore I am”. “Money can buy you love”. “Your body is a battleground”.

Google Barbara Kruger, and you find thousands, if not tens of thousands of similar homages, from anti-global warming campaigns to nail art and even some socks designed by Rihanna – and, of course, the entire graphic identity of skate brand Supreme. Many are crude and obvious, and sometimes it’s almost impossible to tell where the real Krugers end and the copies begin. Like Warhol’s pop portraits, or Lichtenstein’s teary cartoon heroines, she has created a style which has extended beyond the ivory tower of galleries or art history books into mainstream, underground and digital culture. She’s an unofficial hero for a generation of girls like me, whose access to the art world was thrown wide open by Web 2.0 – for whom “We Don’t Need Another Hero” could be a rallying cry. But it’s not just the aesthetic of her work that’s powerful – it’s its purpose. 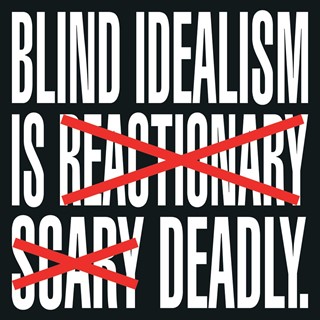 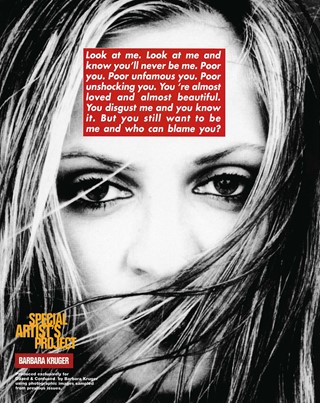 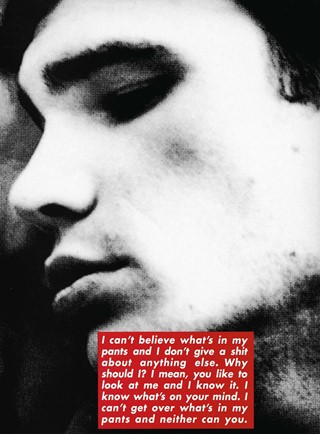 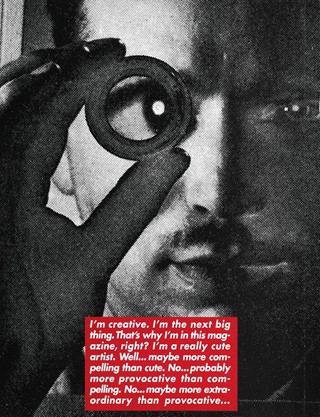 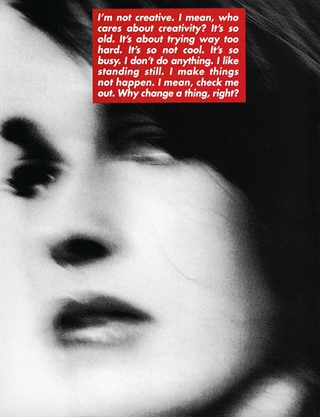 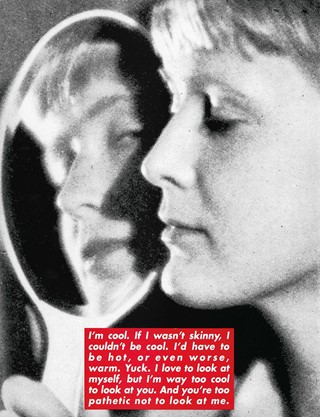 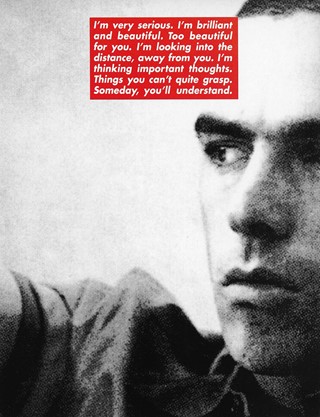 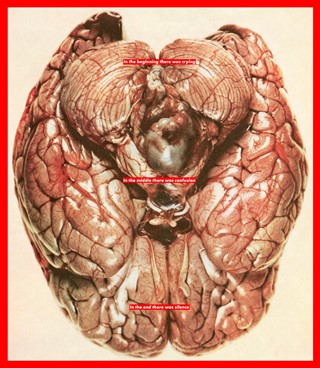 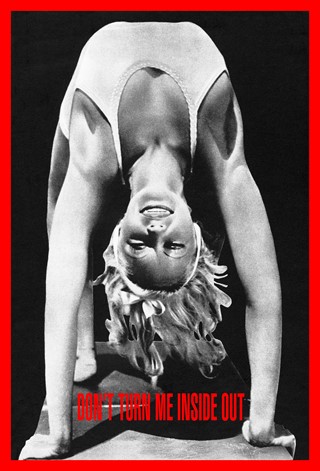 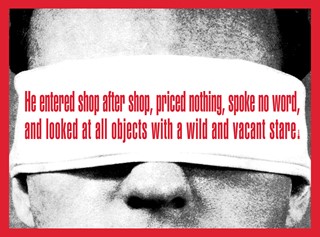 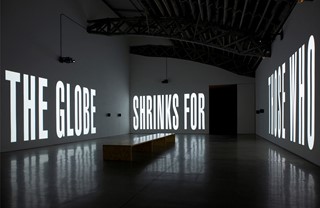 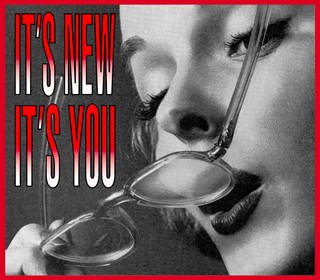 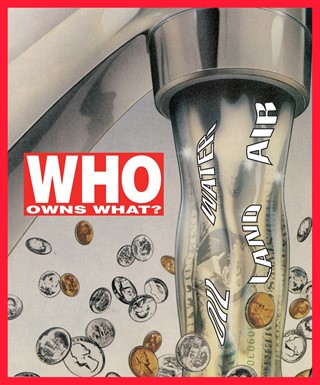 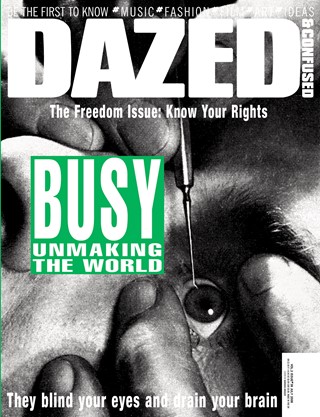 When we speak, Kruger has just returned from setting up her new exhibition in Washington’s National Gallery of Art, which opened this week. The last time she had a show in the capital was in 2012, another election year, and while our conversation repeatedly returns to Donald Trump (a “buffoon”, a “childish narcissist”, and a “shallow silly bully”), she’s clear that the art that’s being exhibited isn’t defined by the changing political winds, but concerns more timeless concepts. “My work always deals with issues of how we are to one another,” she explains with a New Jersey twang, repeating her oft-cited mantra, “with issues of power and control, adoration and contempt.” One thing to note in today’s epoch of identity politics – she doesn’t define her art as political or even feminist, believing such categorisations “only work to marginalise a practice.”

Being politically-minded wasn’t something Kruger had a choice about; she references growing up with Democrat parents in a poor, lower working-class family in Newark, NJ as a particular motivator for her awareness. “I never had a feminist awakening,” she admits, before recounting the recent discovery of the speech she wrote on index cards when she was valedictorian of her junior high school class as an early moment of social consciousness. “It was shocking to see how I was talking about power and politics and government and stuff like that. Coming from a place so divided by race and full of people powerless to make changes in their lives – it was something that you just lived with every day. And I felt that power and powerlessness – not only as a matter of gender, but as a matter of class and as a matter of colour.”

After studying at both Syracuse and Parsons for a year, a lack of funds drove Kruger to begin a career at Condé Nast, working as an assistant designer. There, she developed the visual language which was to become her artistic style, creating spreads and page layouts for titles like the now-shuttered Mademoiselle – a magazine which also saw the likes of Joan Didion and Sylvia Plath pass through its doors. “I worked at fashion magazines for so many years, I had to figure out what it might mean to call myself an artist,” she remembers. “Women couldn’t get jobs with college degrees anywhere except to make coffee for their bosses. Condé Nast was a refuge for young women who wanted to have some control over what they did, to be their own managers… In many ways, it was both retrograde and very progressive.”

It was her experience with magazines, her ability to take their visual codes and twist them into unexpected commentaries, that drew former Dazed art editor Mark Sanders to approach her for a project in a still-young Dazed back in 1996, where Kruger overlaid images from fashion stories with her own words (“Look at me and know you’ll never be me. Poor you”, “I’m the next big thing. That’s why I’m in this magazine, right?”). With Dazed’s reputation for creating imagery which commented on the rules of fashion more than it conformed to them, it was proof that a magazine could be both a valid space for art and cultural self-awareness. “Barbara is such a seminal figure,” Sanders explains today. “What we wanted Dazed & Confused to be was conscious, and once you understand how the mechanisms of media culture work and how they operate, they’re very easy to subvert. Barbara instinctively understood print culture and the nature of what she was trying to do politically meant it was a perfect fit.” The series – seen online in its completion for the first time in the gallery above – continues to be exhibited by Kruger, and has since been incorporated both in her retrospective at MOCA in Los Angeles and at the Whitney Museum in New York.

A decade later, she joined Damien Hirst in designing a cover for Dazed & Confused’s July 2006’s Freedom Issue, which included features on violence in the Congo, sex trafficking and the declaration of human rights. While Hirst’s image of a bullet wound got the magazine wrapped in protective cover to protect the sensibilities of the public, Kruger’s depicted a needle hovering millimeters from an eye, along with the lines “Busy Unmaking the World” and “They blind your eyes and drain your brain”. It’s now an iconic cover, captivating precisely because of the arresting, gruesome nature of its image – but perhaps the real horror lies in how the idea of “unmaking the world” is even more relevant today than ten years ago. “People are busy whether it’s developing armaments or developing different ways to damage and kill other people, it’s just hatred, and fear, and distrust, and the will to destroy – on all sides,” Kruger says, referencing everything from Brexit to conflict in the Middle East. Still – “We’re lucky to be alive and talking. The sun is out, I’m happy for another day. You just have to take the world and life in increments.”

“Is it better being a white woman now than it was; and even a woman of colour perhaps, than what, forty years ago? Yeah, in America and maybe the UK. But when I was growing up, the only women on TV wore aprons, and now they wear nothing. Who knows?” – Barbara Kruger

While much of her work has a timeless quality, what’s exceptional about Kruger is the way that she has adapted over the decades, continuing to command attention beyond the limits of her most well-known format and reach new audiences. Today, she demonstrates a real pragmatism, continuing to prompt interrogation of the world around us by incorporating iPhones, emojis and even reality TV stars into her lexicon – one 2015 work sees the famous “I shop therefore I am” hand holding an iPhone, words like “greed”, “arrogance”, “hubris” and “spam” replacing apps. “We live in this time which is this amazing, and terrific, collision of narcissism and voyeurism,” she says. “Diaries used to have locks on them, and now I have to see a cupcake that someone’s eating?” Produced before the rise of Instagram, and at a time when never having heard the name ‘Kardashian’ might not be totally unfeasible, her 2010 cover for W Magazine’s Art issue is prophetic: “It’s all about me. I mean you. I mean me” declare three bands of text, covering Kim’s naked body.

If the world of the Kardashians seems far removed from that of someone like Kruger, you’d be wrong – she actively consumes reality television. “I know the way popular consensus is constructed, because you just look at culture and watch it. I don’t have disdain about reality TV. It’s not an object of fascination because it’s about them instead of us. (These shows) are also brutal anthropology,” she reasons. “They trap (humanity) in the most brutal stereotypes that are sexist and racist in so many ways – look at The Real Housewives. And yet, through all the melodrama, there is a kind of understanding, an empathy, a disgust – it’s like a vulgar update of Douglas Sirk.” Kruger isn’t nostalgic for pre-Kardashian culture, and even her more recent work doesn’t seek to shame our reliance on technology or the narcissism she sees in the modern world but merely invites us to explore our own relationship to it. Does she think we’re in a better time for women, culturally, than when she was young? “Is it better being a white woman now than it was; and even a woman of colour perhaps, than what, forty years ago? Yeah, in America and maybe the UK. But when I was growing up, the only women on TV wore aprons, and now they wear nothing. Who knows?”

“She writes words on walls. We read them. That’s it,” wrote Laura Cumming, critiquing Kruger’s 2014 exhibition at Modern Art Oxford for the Guardian. In a sense she’s right, but it goes beyond that. It’s not just that we read her words (or, indeed, watch her films) – it’s what happens when we listen. Kruger rejects the term “slogan” when it comes to the text elements of her art, and her pieces should be read more like the start of dialogues rather than simple take-it-or-leave-it statements. While her phrases may be short, they invite participation, rely on us to do the intellectual legwork. She has spent a career prompting us to question the systems which rule our globalised world – not just political or economic ones, but constructs around beauty and aspiration, taste and technology. To maintain agency around those mechanisms, we have “to try to be vigilant about why one’s life feels the way it does, for good and for bad,” she says. “To try to understand how power and capital surge through culture, and make it what it is.” The starting point is reading her words on walls. After that, it’s up to us.

In the Tower: Barbara Kruger runs until January 22nd, 2017 at Washington’s National Gallery of Art