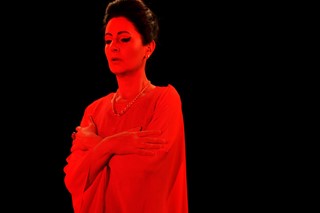 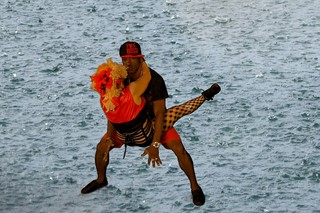 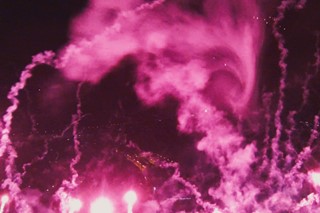 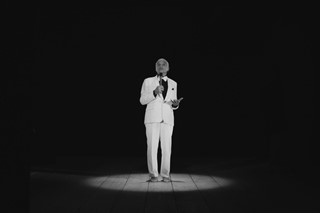 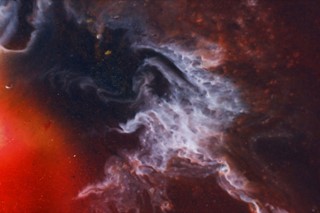 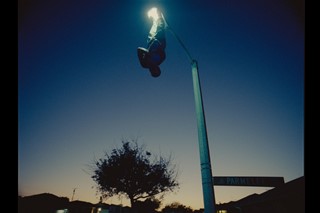 Welcome to the intersection of sound and image, culture and class, theatre and screen, fact and fiction. While London’s Hayward is getting a big refurb, the gallery’s curator Ralph Rugoff has popped across the river to curate The Infinite Mix, a brilliant soundtrack-heavy show at 180 The Strand. The exhibition includes Cyprien Gaillard’s incredible 3D film Nightlife and Cameron Jamie’s jaw-dropping ode to dancers grinding on their living room furniture, Massage the History. Martin Creed, Rachel Rose and 2012’s Turner Prize winner Elizabeth Price are also included, and Kahlil Joseph’s M.A.A.D – set to Kendrick Lamar’s seminal album Good Kid, M.A.A.D city – makes its London debut. As the show opens today, Jeremy Deller discusses his collaborative film, Bom Bom’s Dream – an ode to Japanese dancehall queen Bom Bom as she competes in a shopping mall carpark in Jamaica – made with performance artist Cecilia Bengolea.

Why did you decide to work collaboratively?

Jeremy Deller: Cecilia Bengolea is a professional dancer. She has a big, deep interest in dancehall and incorporates it into her work, so she’s been to Jamaica loads of times and knows Bom Bom from there. Cecelia said ‘let’s do a film about her’, so we went.

How long were you in Jamaica?

Jeremy Deller: About 20 days. It was very, very, very hot. The humidity was between 90 and 100 per cent, so even at night, you see everyone sweating. The film is really meant to be sort of fantasy. The dream structure means you can just do anything you want. I felt that was the safest way of working because we weren’t sure what we were going to get. We used green screen a lot because I knew it was going to be difficult to get a very clean version of her dancing at night. In a studio, we could do whatever we wanted. It’s all quite abstract. We actually featured the dancing a lot more than we thought.

“A lot of people in Japan are really heavily into reggae. The two societies couldn’t be more different, in terms of how people behave and how they look and the whole feel” – Jeremy Deller

Tell me about the chameleon that pops up a lot in the dream?

Jeremy Deller: We wanted a dream sequence filled with strange things, almost drug-induced. Chameleons are such amazing, tropical creatures. We asked Bom Bom’s boyfriend to talk about her and he said some stuff, then sang a little song and we thought ‘why don’t we use him as the voice of the chameleon?’ A narrator of sorts. The reality of her life in Jamaica is almost just as exciting and unusual – those parties are just insane.

The footage of the party and competition at the end felt so raw. The dancers are literally in the dirt!

Jeremy Deller: It’s too hot to be inside and you don’t really have much air conditioning. They are all in, like, shopping mall carparks at night. There hadn’t been any rain so it was just dry dust everywhere, so they’re just rolling around.

Does Bom Bom live in Jamaica?

Jeremy Deller: She goes for two months a year. She’s a children’s book illustrator but has this fantasy life out there. A lot of people in Japan are really heavily into reggae. The two societies couldn’t be more different, in terms of how people behave and how they look and the whole feel. The MC in the film is a really famous DJ – his name is Boom Boom – I don’t think he knew she was going to be so good. You could tell he thought it was a bit of a joke because she had a similar name.

There is a great section of Bom Bom dancing with a male dancer Shelly Belly – but the sexual aspect feels very abstract in their daggering routine.

Jeremy Deller: We went to a twerking competition and the whole audience was women looking at women. The men were interested but they kept their distance. It was the women who were getting involved, shouting and cheering on their friends, supporting them. It wasn’t about men kind of goggling at women. I didn’t find the dancing very sexual at all. It was strong and athletic. The dancehall moves for men are different. They do these kind of soft movements, almost similar to line dancing. It’s not what you expect and the women are not disrespected at all – but admired really. There is no casual misogyny. 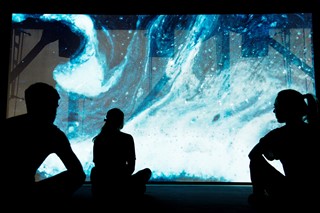 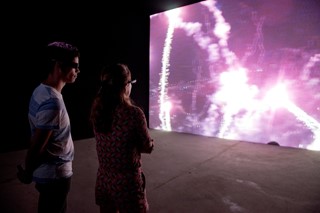 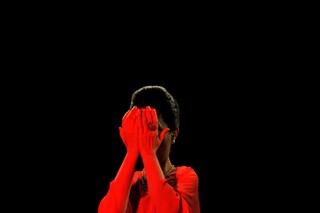 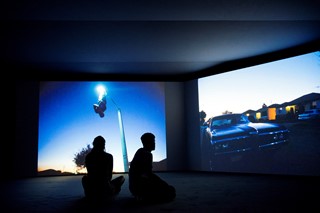 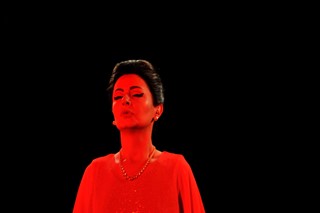 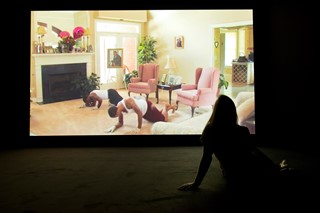