Meeting Slash magazine’s co-founders to talk self-publishing, Situationism and the balance between art and commerce 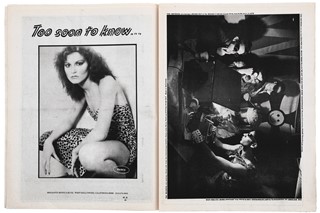 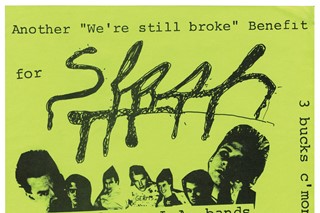 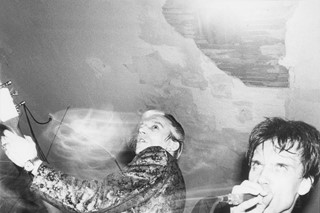 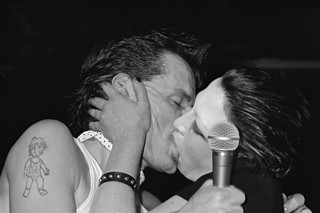 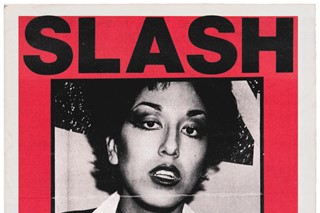 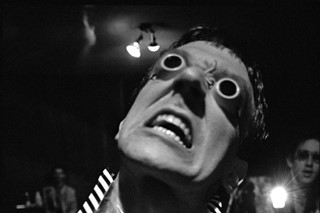 It was in the early 1970s that London first became enamoured with punk and its unique spirit of anarchy; the seminal counterculture began to germinate in the midst of an unstable political backdrop and quickly erupted into a nationwide phenomenon. Meanwhile, in Los Angeles, then-couple Steve Samiof and Melanie Nissen were busy observing the effects of punk on British culture. They, too, were fascinated. “I had seen Melody Maker and New Musical Express talking about the Sex Pistols gobbing on their fans”, recalls Samiof. “It sounded like something I was into!” When the movement finally made its way stateside in the latter half of the 1970s, the duo decided to document their own local scene through the medium of Slash, a fanzine which was last month commemorated in the form of a comprehensive book.

Samiof explains that design was his forté, Nissen was a particularly strong photographer and their friends Claude and Philomena were brought on board to tackle the writing and the editing respectively. The costs of self-publishing were, at least back then, extremely minimal, and Samiof had picked up the basics in his dayjob. “It was extremely inexpensive – you could pay under $800 for 5,000 copies and that would be the actual printing cost. I had been working in a company that was producing newspapers so I knew the technical aspects of it, how to produce it and get it printed. It got me excited.”

Armed with an idea, the young creative set to work building the first issue of Slash from the ground-up. “We were thinking of naming the zine after a Situationist term”, admits Samiof, “but it all got a bit pretentious, so I just said ‘let’s call it ‘piss’’. Our mate Philomena responded by saying ‘you know, in England to take a slash is to take a piss’. I thought ‘slash’. Perfect!” This irreverent mentality permeated the zine – it was about friends coming together to make objectively brilliant art as opposed to a commercial endeavour. “We never expected the book to happen, ever”, confirms Nissen. “I certainly didn’t treat my photos in a very respectful way – maybe if I’d have known I would have tried harder!”

No money was made from the first few issues, but Nissen insists that this spirit is precisely what made the process of Slash so enjoyable. “There’s a certain freedom that you have when money isn’t involved with a project”, she explains. “There’s less pressure – you can really do whatever you want and it doesn’t matter whether or not people like it. Money has a way of changing that sometimes.” This attitude led to a close-knit community of artists and musicians being involved with the magazine – favours would be swapped, and album artwork would often be shot in return for bands’ involvement. “It was a community, and that was really fun and exciting”, says Nissen. “All of a sudden you’d be taking pictures in this funky little Hollywood house with the Screamers and the Damned, it was an absolute ball.”

The Screamers were just one of the bands to grace the pages of Slash; the likes of the Weirdos, the Germs and the Alleycats were also frequent fixtures. “There was a definite sense of humour to L.A. punk that I think was lacking, there was such a pretentiousness in New York”, admits Samiof. “Have you seen the band interviews inside the magazines? Some of them are so goofy. I mean, we were rallying against corporate music and the corporate music industry more than anything, but that sense of humour was definitely there.” These were bands that didn’t take themselves too seriously and, most importantly, they were good. “We went to the Slash reunion party and they were playing all the old punk tracks”, recalls Nissen. “I was thinking ‘Shit, this sounds good!’ You forget that when you put it on today, it still sounds good – it doesn’t sound at all dated. Well, at least to me!”

The zine has remained similarly timeless, retaining a sharp wit that still resonates with modern audiences. “I think on an artistic level and in terms of artistic satisfaction, Steve and I really think that we nailed it on the first issue”, admits Nissen. “We felt really proud of it, that we had accomplished something, had a thought and taken it all the way to the end.” 40 years later, Samiof is similarly pleased with their work.

“I’d like to say the design is still fresh. I think it was so uncompromising, it really expressed a minority dream. It didn’t pander to anybody. Well, it pandered occasionally. We were just true revolutionaries!” –Steve Samiof

There is, however, debate surrounding whether or not punk itself has had the same enduring effect – some argue that punk is alive and well, whereas others argue it’s been dead for decades. Samiof laments on the state of today’s music industry when asked if punk sensibilities are gone for good. “The music industry is so weird today, bands only make money by touring really. In a weird way the business is more punk now than it was then – before you had to have a record deal, and you would sell a million records. I don’t know what the attitude’s like now, but I don’t hear especially great music. I do still hear good punk music though, there are still bands doing it. The great thing about punk is that it’s like blues – three chords or three notes and you can hear it over and over. As long as the lyrics are interesting, it’s a great song. That’s my opinion.”

As for Nissen, she remains optimistic and explains that punk was more than a mere interest explored through Slash – for her, it was a lifestyle. “I think there are times it comes in and out of fashion, but I don’t think it’s ever gone away. It’s in fashion, it’s still in music and it’s still in writing. Also, how I felt about punk never went away, it became part of my design and my photography. It seeped into my life as it seeps into many lives; punk will never be dead because people will always be fascinated by it. I mean it’s art, fashion and music together. It doesn’t get much better than that!”