Italian painter Giovanni Leonardo Bassan debuts a series of new works that point to the recent shooting, and the death of Mohammed Ali 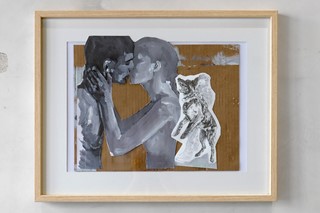 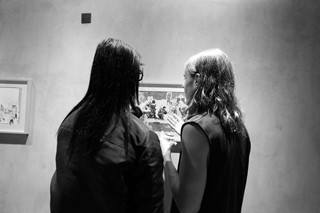 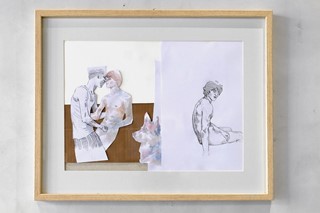 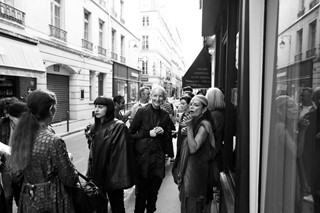 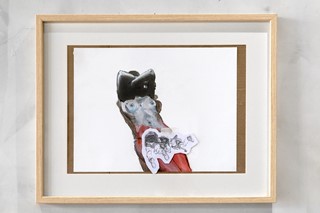 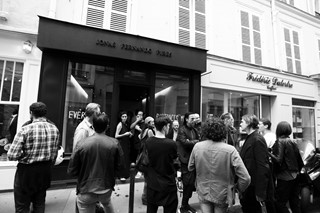 Italian artist Giovanni Leonardo Bassan works for Rick Owens by day and paints by night in a windowless basement studio that Owens’ wife, muse and creative collaborator Michèle Lamy lets him use. After a show in Dubai last year, he debuted his first show in Paris with photographer and Vetements collaborator Pierre-Ange Carlotti, and he’s on to his second – a pop-up exhibition at The Mine gallery on Rue de Verneuil, titled Everything Distracts Me.

The show brings together collages of paintings, pencil drawings and resins inspired by a recent visit Bassan made to New York. “The environment where I spent the past months became an encounter, a muse, a maker, and a benevolent machine,” he explains. “As I was experiencing it day and night, she invited me to surrender my sense of self, to suspend my thoughts, to fight my fears and to find new joys in its trembling streets. I found that in this city my ideas were no longer operate in a void.”

While the inspiration may have been the New York metropolis, this didn’t translate to clichéd depictions of the city’s landmarks, but rather works that focus on people – a boxer, two lovers, a group of young people protesting and of policemen holding riot shields. “Bodies are important in this series to define the time frame: the present,” says Bassan. “These bodies are Mohammed Ali, gay couples (as answer to the Orlando tragedy), ‘Europe’… a documentation on paper of now.”

It may seem like an odd mix, but that’s exactly the point – it’s all about contradiction. “I recently discovered that one way to help people understand things clearly is to show ideas that oppose each another. Through this, they can come to their own conclusion... and I used this tool throughout. With one piece, for example, there is a clustered group of SWAT officers juxtaposed against two defenceless kids. The absurdity of the opposition makes you understand the deeper meaning of the image.”

Ultimately, these works seem to represent Bassan’s meditations on today’s world – “I’m tired of this violence infecting our existence,” he says. “My (aim) was to show a brighter and kinder side to things. I want people to make their own opinions of the contradictions in my work.”

Everything Distracts Me is open from June 30th at The Mine, 40 Rue de Verneuil, 75007 Paris, France