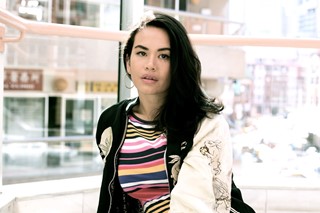 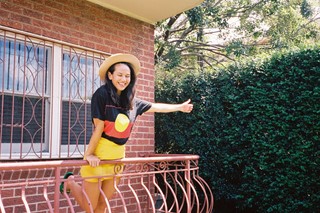 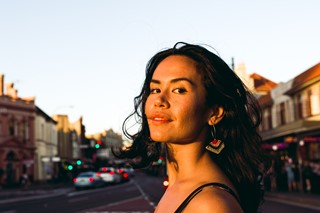 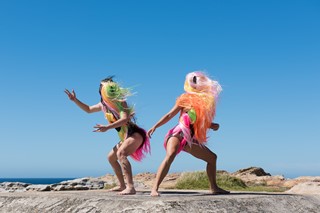 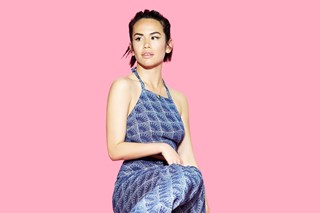 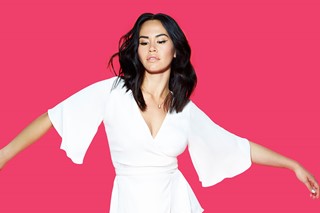 The first time I was introduced to Amrita Hepi was when I agreed to go to one of her dance classes with a friend. Hosted by one of Melbourne’s trendiest bar ballrooms, The Toff In Town, meant that I could have a vodka to warm up – I dance like Taylor Swift at an awards show but less limb-y and more jiggly – so I was a little anxious. When I arrived, the room was full of young, excited women, and Amrita herself was already on stage, casually preparing to teach us the moves to Rihanna’s “Work”. Each of Amrita’s dance classes is centered around learning the choreography from a pop song, and she’d previously taught Beyonce’s “7/11” and Justin Bieber’s “Sorry” to an acclaim that ripped through Australia’s biggest cities by word of mouth.

When Amrita took centre stage, the sold-out crowd fell into a silent reverie. Amrita is undoubtedly beautiful, but she’s also one of those women who radiates strength and resolve. A Bundjulung and Ngapuhi First Nations woman, Amrita began by acknowledging the owners of the tribal land we were soon to be dancing on, and encouraged us to forget the sanctions foisted upon our bodies by society. And then were tore into it. The music began – a Rihanna medley – for our warm up, and Amrita had us bounding around the room. I forgot myself nearly immediately.

Amrita Hepi is a professional dancer/ dance maker, writer and activist, and somehow all those titles conflate into one when she runs her class. As she shouted instructions for us to thrust our hips, rub our bodies with our hands and heave our bottoms in the air as Rihanna crooned “All I wanted was for you to give me something that I never had...” Amrita was giving us something that we’d never had – a chance at real freedom.

“It was an expression, and we threw our bodies into the air like children, momentarily and blissfully unchained by the years of expectation burdened upon us...”

I looked around the room at all the women dancing, none quite as co-ordinated or lithe as Rihanna or Amrita, but all of them believing they were. The absolute joy of abandon dripped off every smiling face and gorgeously flailing body around me. As I bumbled through the moves, barely getting a single one right, slightly out of time with the music, I felt like a superstar. What Amrita gave us that night wasn’t a dance. It was an expression, and we threw our bodies into the air like children, momentarily and blissfully unchained by the years of expectation burdened upon us by a society that surveils, scrutinizes, and reduces our womanhood to the arbitrary value of flesh.

As soon as I could, I reached out to Amrita to see if I could pick her brain about her work, which she tells ms, “sits in the nexus between pop culture and contemporary dance with a focus on intersectionality.” Having previously exhibited and performed at the Sydney Opera House, Nextwave festival, Australia’s Museum of Contemporary Art, Carriageworks, and the BANFF Centre in Canada, Amrita is well aware of the impact the movement can have on culture, and how choreography can be create a strong political stance.

Most recently, Amrita has joined Western Australia's Indigenous Contemporary dance company OCHRES, and conducted a TED talk at the Sydney Opera House titled “How To Dance Better At Parties” a meditation on “dance and commitment to action.” I was lucky enough to talk to Amrita about breaking down barriers created by the male gaze, how the experiential nature of pop culture isn’t always universal, and how we can liberate ourselves through dance.

What inspired your dance classes?

Amrita Hepi: I was super broke and my friend Adam was booking a club at the time, and asked if I wanted to do a dance class to fill in one of their slower nights. I did a Beyonce class that sold out so we added three more which also sold out, and I never looked back. Doing a class in a nightclub environment feels functional to me. Plus I guess I just wanted to create a class environment that I would feel comfortable and empowered in, and have people take that with them outside of the club or dance studio into their life or back into the club.

What is it specifically about the music you've used in your classes so far – for instance, Rihanna's "Work" – that specifically inspires you?

Amrita Hepi: I think all of the songs in popular culture that I’m attracted to I take as my own. They become an anthem for a time and place, a situation and a movement.

What’s the most unexpected thing you've discovered through sharing dance?

Amrita Hepi: Some people have a really whack lack of connection to their body. Like when I ask people to touch their chest or butt they get really awkward and I’m just like, “Yo, it’s attached to you! You own it! It is what you make it.” I discovered that dance is a legit way to get over shame.

“I’m just like, “Yo, it’s attached to you! You own it! It is what you make it.” I discovered that dance is a legit way to get over shame” – Amrita Hepi

I really enjoyed the way your class seemed to encourage unconditionality inwardly, to the self. How can choreography and dance motivate women in their everyday lives to reject the male gaze and exist joyfully, loudly, and without impunity?

Amrita Hepi: I think it’s about commitment to action, so getting past the “I’m a shit dancer” rhetoric and knowing that however you move and choose to move is inherently and completely your own thing (even if you’re banging out the same choreo, or totally fucking up). And knowing that the issue is never your body. It’s about the way the body is looked at. It sucks that people dissect people, but you can’t let it stop you from doing or moving what you have.

To this end, how do you see choreography and dance as political tool?

Amrita Hepi: Im First Nations WOC, so I was born political. My body, whether I like it or not, is political. So I use it to affect the change I need to see. There are so many dances that are inherently political. I studied dance at Alvin Ailey and remember watching revelations for the first time and just being mesmerised. One day I would love to create a syllabus of movement to decolonise the body.

Do you think pop music has a role to play in politics and shifting cultural paradigms?

Amrita Hepi: Absolutely. It already is. I see it as a reflection of the economy and ecology of what is happening in the world; its been reflected through pop music for years. From Beyonce to Bob Dylan.

How can we, culturally, navigate intersectionality through pop culture? And how do your experiences as a Woman Of Colour affect your work?

Amrita Hepi: It’s just being aware that it exists, and giving it space. Identity is fluid, and trying to fix, fixate or understand somebody by commanding that they are one thing is such a tired idea. Pop culture is problematic in so many ways, but I choose to use and make it mean what I want and need. I don't assign or won’t tell you what a song is because it’s a different lived experience that is listening or dancing to it.

It’s bonding when you can land on the same song and political alignment within it. My experiences of being a WOC are completely entwined in my work because it is how the world takes me at a glance, I can’t separate myself from that. And I’ve finally gotten to a point in my life where I don't want to.

What else are you working on at the moment?

Amrita Hepi: I just finished my first full length dance work “Passing” which I co-choreographed with Jahra Rager, a contemporary dance work that maps bodies under pressure and asks the question of “What does it take to pass?”. We had a sold out season in Melbourne and have another season coming up in Sydney at PACT. I’d love to take it to NZ and potentially Europe and the US. At the moment I am developing another dance work that investigates popular culture, intersectionality and my obsession with video clips. I’m making a short dance film with some pretty amazing collaborators, and teaching more pop culture classes in Melbourne and Sydney.