The 21st century will be known for many things and the rise of the unsolicited cock pic is one of them – what’s the motivation?

What do you do when you get sent an unrequested ‘dick pic’? Delete it? Keep it? Pin it to the wall of an art gallery? The latter is exactly what US artist Kidd Bell did. When her exhibition, I Didn’t Ask For This: A Lifetime of Dick Pics launched last month the artsy newswires went cock mad. The coverage was unprecedented. Sure, there was the shock factor (and the, “Look, my cock is as thick as a bottle of Jägermeister” absurdity) but above all else there was genuine discussion about what constitutes sexual harassment. So, something good came out of an unwanted wang snap. But what is it with men and waving their wieners about? Why do men send unsolicited ‘dick pics’?

Hunter S. Thompson’s daily routine of drugs and booze
I didn’t ask for this: A lifetime of dick pics7 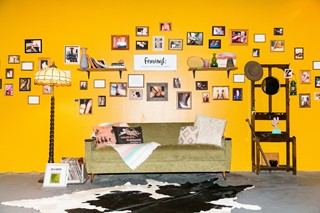 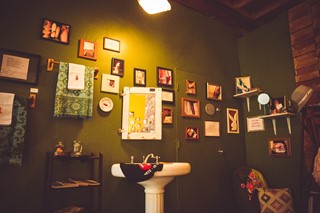 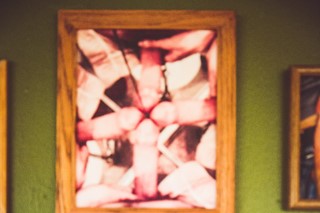 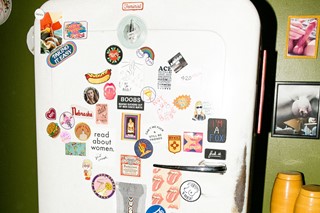 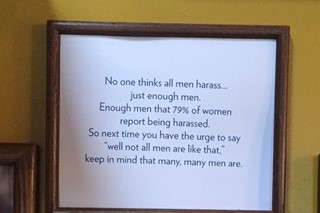 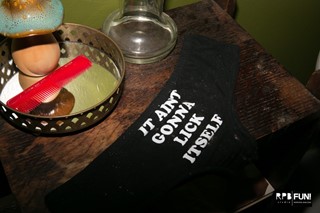 Dr. Chauntelle Tibbals, sociologist and author of Exposure: A Sociologist Explores Sex, Society and Adult Entertainment says such social behaviours of sexual display are nothing new. Despite what we may want to believe, a man showing unsuspecting people his pecker is not a modern phenomenon even if the advent of the ‘dick pic’ in particular is.

“Men have been flashing unsuspecting people in public and highlighting their boners on trains for decades, even centuries. The unsolicited ‘dick pic’ is just another iteration of the same type of behavior,” she says. “Though technology certainly makes it seem different and allows for far more opportunity.”

When it comes to the ‘why’, however, Dr. Tibbals says men’s motivations for sending ‘dick pics’ are just as varied as the men themselves. She also says that ‘dick pics’ (be they solicited or unsolicited) are not a “heterosexual phenomenon” and that “the desire to share one’s penis” is not limited to heterosexual men although what she calls the “gender power piece of the conversation” does become more complex when you consider heterosexual men’s motivations specifically.

“Some guys want to show off or ask you to hop aboard it, but others are looking for reassurance. ‘Am I normal? Is this OK? Am I too small/curved/etc?’” – Girl On The Net

UK sex blogger Girl on the Net knows a thing or two about cocks. In her book Girl on the Net: How A Bad Girl Fell In Love she reveals how in her first two years of sex blogging she received over 700 ‘dick pics’. That’s over three times the amount that inspired Kidd to set up her gallery. She’s also quick to point out that the figure doesn’t include video files and even audio.

Originally, Girl on the Net thought ‘dick pics’ were “a form of showing off like a market trader holding up a bowl of super-shiny apples to tempt you to come to his stall.” But having received the amount she has she now says the reasons are more varied and not always as pernicious as you’d expect.

“Some guys want to show off or ask you to hop aboard it, but others are looking for reassurance. ‘Am I normal? Is this OK? Am I too small/curved/etc.?’,” she says. “And I think there are a bunch of guys who do it purely because the act itself turns them on. They like touching themselves, taking a photo, and then waiting–boner in hand–for the reaction. It’s genuinely fascinating, and I think if there were less sexual shaming or body-judgment around women, then sending pics of myself to people is probably something I could get into. Only consensually, though, of course. The guys who’ll slip a dick into your inbox without asking have ruined the whole genre, to be honest.”

When it comes to tapping send, there is one incredibly profound opposing force: shame. It’s such a huge factor when it comes to sharing images of ourselves. But for men that send unsolicited ‘dick pics’ it seems even with the increase in ‘shaming’ (such as Kidd’s exhibition) a lot of men remain undeterred. Maybe men don’t feel shame the same way women do about their bodies?

“It may be that some men are impervious to and/or unaware of the increased shaming associated with unsolicited ‘dick pics’,” Dr. Tibbals says. “On a more sociological level, it may also be that some still feel ‘protected’ by the anonymity we still allow most men, if they choose it. Women’s bodies are often ‘on display’ even when clothed, far more intensely than men’s. For many men though, the hallmark of sexuality – the penis, which we've positioned socially and historically in this way – is still very hidden. So what if someone posts your dick pic? Unless they attach your name to it, no one will know it’s you.”

The anonymity of ‘dick pics’, as Dr. Tibbals says, certainly offers some protection, but from the perspective of someone who’s only sent a handful of wang snaps to women that I’ve been with intimately, the psychological drive has always been about ‘sharing’ not ‘showing’. If, for example, someone wants to know how aroused you’ve become, there is only so much words can do. A quick Snapchat can elevate the moment. For men sending out snaps without due warning, however, the moment is all about them.