We catch up with the legendary skateboarder, entrepreneur and footwear designer Eric Koston about what it takes to be a pro and why there’s no need to grow up 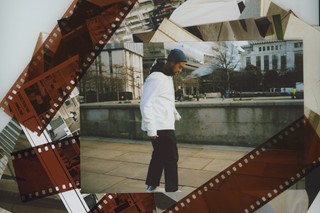 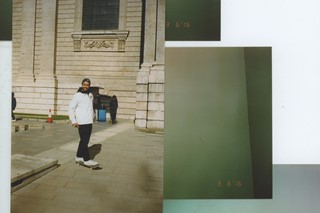 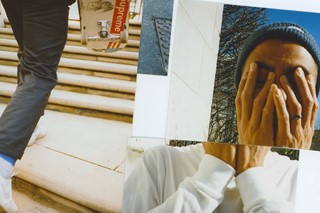 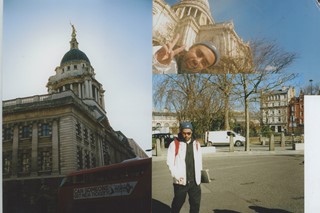 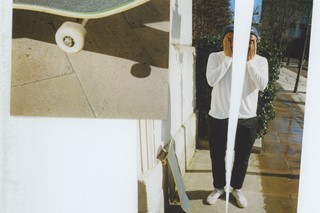 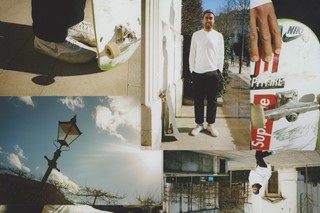 To celebrate the launch of Eric Koston's latest NIKE SB signature shoe, we joined forces with the pioneering skateboarder to reveal the know-how that's kept him at the top of his game

Currently shortlisted to be included in the 2020 Tokyo Olympics, it’s mad to think that not so long ago, skateboarding was considered an ‘outsider’s sport’. Now a globally recognised and aspirational culture, skateboarding has massively evolved from its humble beginnings on the sunny streets of California. Synonymous with nearly 30 years of this evolution is legendary Thai-American skateboarder Eric Koston. Since turning pro in 1992, he’s been a prominent fixture in the skate community, from featuring in ground-breaking videos like “Goldfish” (1993) and “SB Chronicles 3” (2015), to co-founding the famous L.A. skatepark and online skate media platform, The Berrics with Steve Berra. Beyond bagging numerous medals at the international X Games, pros, ams and non-skaters alike will also know Koston for being a playable character in Tony Hawk’s video game series, or for his string of unprecedented skate footwear, including his most recent signature shoe, Nike SB Koston 3 Hyperfeel, which brought him to London to promote last week.

It’s safe to say that when you’re combining the experience and knowledge of a pioneering skateboarder like Koston, with the unparalleled technology of a global brand like Nike, you can guarantee the results will be innovative. True to form, Koston’s latest sig shoe introduces Nike’s football technology (specifically, the flyknit ankle collar) into skate footwear, designed to facilitate landing tricks, with the best of protection, traction and grip. As Koston muses when we meet him cruising around Saint Paul’s Cathedral, the minimal shoe is a far cry from the early skate sneakers he designed in the late 90s. “I made stuff that probably looks insane now, but it was cool because everybody was trying to create something that was super technical and push footwear forward.” Long dedicated to that forward-thinking ethos, from inventing some of the gnarliest tricks known to street skateboarding, through to designing game-changing footwear, the 40-year-old skateboarder, entrepreneur, designer and sneakerhead remains a hero to multiple generations in the skate community. Tapping into his knowledge and memories of three decades being on and off the deck, we find out the videos that changed his life, what it takes to be a pro skater today and why there's no need to grow up.

“It takes the whole package. The social following, doing well in every film, video parts, and also with social media you need to have content coming out of that personally and frequently to sort of satisfy the current state of what a skate audience is expecting. All those followers, all those commentators, they’re your focus group. You get feedback instantly – what’s wrong and what’s right. Whether or not you agree with that person or not, they say it, they have a voice. If I post a photo of myself golfing, even though maybe two days earlier I posted something skating, they’re like ‘All you ever do is golf! Get off the golf course and skate!’ It sounds weird, what you should and shouldn’t do. I’ve been a skateboarder all my life, I’m very defiant, you know. I totally get it, though, it’s probably a kid, really young, super into skating, that’s all he’s into, I was like that. And with golfing they’re like ‘That’s bullshit, what are you doing?’ It’s fun, I got hooked on golfing too, just like skating. I do it like once every two months. (But) they get mad at me if you don’t feed them their daily dose of content, they get grumpy.”

ON NEVER GROWING UP

“That’s just skateboarding, we never want to grow up as skate boarders. You always look at yourself as sort of a teenager forever, even as the reality of life kicks in and then... you’re not. But, why (it’s that way)? I feel like it’s been the perception of non-skateboarders too, like ‘this isn’t a job and you’re not grown up’. It’s kind of like we’ve just embraced that (…) We’re doing it longer than we thought we would be. I remember when I was really young, I thought ‘I won’t be skating when I’m 25’. That’s when pros I looked up to were kind of ending careers then. Tony Hawkes was that way: ‘Yeah, I’m done, finished. I’ve got a company, just had a kid, I’m married’, (but) he’s still skating now. I think there’s always this sort of perception of ‘that’s too old to skate’, and then, as we’ve moved on, now we don’t know what ‘too old to skate’ is. We’re still figuring it out so I think it’s kind of interesting, a little bit of an unknown. I don’t mind it being perceived as young and not grown up, I don’t really care, it makes me feel young, except physically, but you don’t feel old.”

“(From) sneaker collecting, there're certain features on shoes that I’ve always tried to incorporate – one is for aesthetic reasons 'cause I always think they've got to look great, and the other is function – I always try to marry the two. When new technology and innovation is shown to me often before its released, I love it, whether or not I can apply it, I just nerd out on it. If there’s something there that I think would work for skateboarding then I try to incorporate it. When (Nike) showed me a sample of a shoe that was trying to get across the principles of Hyperfeel, and asked me ‘do you think you can make this skateable?’, it was very interesting. I did see it and I thought it’s weird, but I liked it. I was intrigued by how different it looked because it’s different, especially compared to the norm of skate shoes out today. So once I saw that I said ‘yeah’, I was really interested and it went from there. Two years – there was a lot of trial and error, sampling, testing.”

“Steven (Berra) and I started seeing that shift of what was happening to media in general, and the way the world was changing (with) technology. That was kind of the early stages of YouTube. (We thought) ‘Why don’t we basically do our own Youtube for skaters? We have the parts, it’s easy to do, the content is there.’ Because the Berrics (skatepark) was sort of like this clubhouse in a way, it was private. A lot of pros and ams that guys want to see were coming in there anyway and skating. We just wanted to show that to the world. And there was other stuff about skating that we wanted to story-tell. Not about the craziest, hottest trick, or the newest, hottest guy, but also about the guys in our industry too. We wanted to show the videographers, the art directors, the photographers – there’s more to our industry, you know. We can’t all be Nyjah Huston, it’s really hard to be that good, but you can still be a part of it and enjoy what you do, and still be a skater as well. There are just other opportunities (within skateboarding) too.”

“I feel like for the most part, when certain skate videos and video parts came out, those are the times when big changes happened, when things were very innovative and shifted the way skateboarding was viewed. I mean, going all the way back to when I started skating and watching Powell-Peralta videos, Animal Chin was the second skate video I saw and it blew my mind. It was so crazy, all those tricks. Then moving on to the late 80s, to H-Street's video Hokus Pokus, and Matt Hensley was the star of that video. All of a sudden very technical skateboarding started happening, and it happened in like a year. Everybody shifted towards trying to become very innovative. Then in '91 the Blind video (“Video Days”) came out and Mark Gonzalez’s part was super creative and looked really fun; it was a blend of cruising and casual type skateboarding, mixed with a lot of innovative tricks he did, super far ahead. That changed a ton of skaters, like he’s a skater’s skater, Mark Gonzalez, he’s been my favourite forever.”

“If you look at competitions, the X Games was a big shift (for skateboarding). At first it was like ‘oh it’s just another contest that the ESPN is doing’ (but) it evolved and became bigger. It brought a non-skate audience, and I feel like that changed the way competition became, because they made it seem like there was an importance on winning, getting a gold medal. Whereas a traditional skate contest back in the day that wasn’t like run by event people, with those, a whole variety of guys would go, guys who weren’t contest skaters, you know, they’re just skaters and if somebody did do well, great, and if somebody didn’t, great. Skaters would just come together and would be hanging out. It was just about being there (...) I’ve always taken that approach of I don’t care if I win or lose. If I don’t do well in a contest I’m not going to hang my head and be super upset and crawl into a corner and cry, you know what I mean? I always thought it was really funny, if I could land every time, it’s not easy to do. It almost became kind of a joke, like to land all your tricks, I was laughing if I did.”

ON FINDING THE DRIVE TO KEEP SKATING

“I do kind of remember this low period, where I was just super unmotivated at skating. It seemed like a really long time back then, but it was probably just like six months. I was pretty young, maybe 20. Just getting up super late, nowhere new to skate, not really doing much. Having a video part helped, like having the motivation to go do that, everyone trying to put together a couple parts basically and the highlight reels, just trying to gather it, you know. It takes a long time to do those things, trying new things and making them on video. From then, probably after that part came out, there were other sponsors wanting to do it as well, and it kind of just kept going. (Making videos) helps to push you to challenge yourself and not just lay on a couch. But sometimes you don’t want to always have to document everything you do, like I want to just skate and have fun as well, cruise around.”

Nike SB’s Koston 3 is available from here now. Independent British skateboard store Flatspot has partnered with Nike SB to bring the Koston 3 to life in a London pop-up shop at 3 Percy St, W1