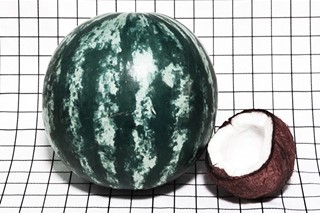 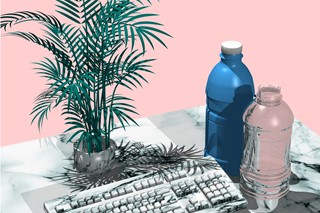 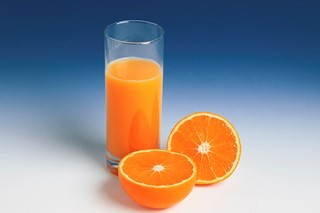 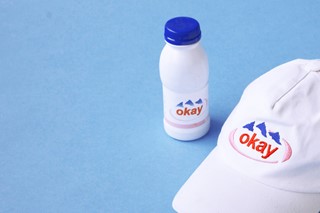 It’s Dom Sebastian's confidence that you notice first. “I feel like I’m at the epicentre of young London creatives – pushing the boundaries of art and design in the internet age,” the 20-year-old artist declares. Next you notice his exhaustive list of talents: graphic designer, painter, photographer, music producer, fashion designer… At the moment, he trades stock in reblogs, but this young artist is side-stepping his way into cyber galleries everywhere and flagging unread emails from up-and-coming musicians like Hucci, Empress Of, and Bewilderbeast keen to get a slice of his pastel-heavy aesthetic for their album covers.

“I've always been freely creating work, digitally and physically, so I can't really pinpoint when I started,” shrugs Sebastian. “However, I think photography was the gateway to it.” His teenage years were spent studying fine art at King Edward VI Stratford upon Avon with a focus on the good ol’ kidney-shaped palette and easel. Hyperrealistic oil paintings, one of which was a life-size self-portrait of Sebastian sniffing a rose, were just a springboard for his segue into elaborate still-life photography set-ups and poppy graphic design (which he currently studies at Central Saint Martins). Call him what you like, but the term graphic designer gets under his skin. “I feel like it has a sort of stigma attached to it,” he says, “that it’s just about making things on computers, when it’s really in everything you see.”

His ideas have also spilled over into the realms of music and fashion – he moonlights as a music producer (he’s currently working on a collaboration track with trap producer Hucci) and several sweatshirts and caps he’s designed are stocked in Shoreditch’s alternative clubwear pit stop, Lik + Neon. For those, he replaced the Evian water logo with the word ‘Okay’. “There's something about the word ‘okay’ that I love,” he laughs. Was his logo a subversive take on thirst? Not exactly. Is it flying off the shelves? Definitely.

Dressed head to toe in clothes that he’s designed himself – an ‘Okay’ logo cap, a 3D print tee, and a transparent coat – he looks like the results of a search for “child of the internet”. Not surprisingly, Sebastian was hotly tipped in Tumblr’s annual roundup of artists to watch in 2014. “About three or four years ago, I started posting the work I was making on Tumblr and it just grew from there,” he notes. His 40,000 strong Tumblr following feeds on his breakneck output – images of bubblegum pink slime, plastic fruit and computer keyboards made in marble. “you are amazing,” praises follower blue-diam0nd. “is the jurassic marble collection going 2 b back in stock soon??” asks another, referencing one of his first sellout capsule collections. “When I started to see my work all over the internet I realised it was reaching a lot of people,” says Sebastian. “It’s an amazing feeling seeing people engaging with and sharing something I’ve created.”

“When I started to see my work all over the internet I realised it was reaching a lot of people. It’s an amazing feeling seeing people engaging with and sharing something I’ve created” – Dom Sebastian

Behind all the superficialities of his crowd-pleaser aesthetic and reblog-ready art is where you’ll discover his true message. “Part of what I do is about changing perceptions on what is ugly or what is beautiful,” he says, referencing a zine he created last year. “I explored what I called ‘visual subversion’, which was about subverting traditional design principles and employing unconventional design to create something fresh.” For that project, Sebastian put a magnifying glass on 'seen' objects that subverted traditional design values. Lately, he is big on virtual reality and “the idea of blurring the line between real and surreal,” he explains. “It’s about creating imagery that makes someone feel like they’ve stepped into some unknown world.”

That unknown world is something Dom Sebastian is still exploring himself, in all the free time he doesn’t have. “A lot of the time I’ve started something new before I’ve finished what I’m working on,” he laughs. What he’s most excited about is when that dream world his hangers-on escape to online gets thrown back at him in real life. “A few weeks ago, I was walking down the street and saw someone wearing something I’d designed – that was cool,” he says. “Someone mentioned, ‘Surely, that’s the ultimate goal as a designer?’ Yes, it’s satisfying, but I’m not going to relax just yet – I’m always pushing for that next goal.”