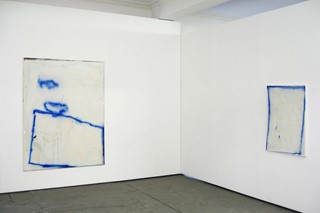 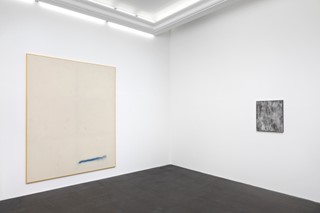 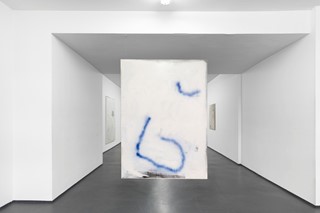 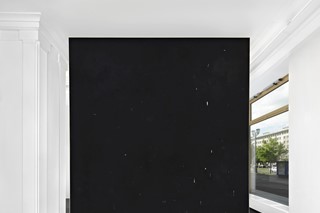 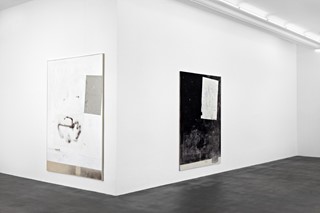 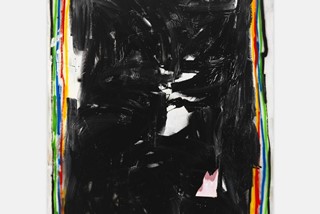 Converse x Dazed Emerging Artists Award 2015 judge Javier Peres has made his name as a fearless gallerist celebrating the original and embracing the explicit and provocative. Responsible for bringing artist such as Terence Koh, Bruce LaBruce and Assume Vivid Astro Focus to international acclaim, his influence as a critical tastemaker has been validated by the inclusion of his artists in top exhibitions such as the Venice Biennale, Tate Triennial and Turner Prize.

After quitting Los Angeles for the vibrant art scene in Berlin a few years back, Peres recently opened his dream new premises in a historic building on the monumental Karl-Marx-Allee. We talk to Peres about how he met hot young painter David Ostrowski, the former student of Albert Oehlen that everyone wants a piece of. An artist he trusted to open his new 500 square metre space with his first solo show at the gallery.

How did you first hear about David Ostrowski work?

Javier Peres: A friend of mine who’s a movie director called Harmony Korine had developed a relationship with David just via email and stuff. They would trade images back and forth. Harmony sent me a video of David’s studio – a fully packed studio of all the paintings he had made during a creative outburst in the summer of 2011. When I saw the video I thought “Wow, this is really incredible.” I got my butt up to Cologne and met him in his studio there. I’d already become really obsessed with his paintings and it was a matter of seeing if the person that was making the paintings rang true to me with how the paintings looked.

Javier Peres: His studio was tiny and crammed with paintings stacked in front of one another, outside the studio, in the hallway, everywhere. David started telling me about his history, why he painted, why he had to paint. He wasn’t necessarily painting with a clear idea. He didn’t go into the studio thinking today I’m going to make X, Y and Z paintings. For him he just needed to make paintings. For me, an artist who has that compulsion and can satisfy it in a curious way, constantly approaching the canvas as being full of possibilities without some preconceived idea is really exciting. After chatted to him for a few minutes I was like this guy’s amazing. He’s the real deal. I made it clear to him that we were going to become really indispensible to each other. We were going to become who we call for both questions and answers and sure enough that’s where we’re at now.

What excited you about him so instantly?

Javier Peres: His paintings to me are really beautiful. They’re very romantic and mysterious. They’re almost like traces of human activity. And his story is a story I’m interested in. I liked David right away as a person. He comes from a very sincere place. He’s a guy who has been raised by a single mother and has really struggled in making art but never had a plan B anyhow. I’m interested in this very pure idea of an artist, which he is. He really is all about painting in the studio. He doesn’t go to parties. He doesn’t go to openings. He doesn’t do any of that kind of shit. I have a history of the other extreme and when I met him I was at a point where I had found a new source of inspiration in my own life. I had found a new avenue for living. It was so exciting to see a painter who could speak to those sentiments that I was feeling as well. With him all the nonsense was stripped away. It was all about the feeling that the viewer can get from experiencing the work and nothing else.

What’s individual about his painting?

Javier Peres: David makes abstract paintings because he has to make abstract paintings. He doesn’t make paintings be abstract because that’s what people want or that’s what looks good at that moment. I think a lot of abstract works I would see, they were just so shitty and so soulless and I found them to be completely lacking humanity. I found them void and vapid and they were just abstract because that was the easiest thing to make. But with David it’s the opposite. I think for him his paintings are very difficult to make but it’s all he can do.

What work did he make for his show that opened your new space?

Javier Peres: The exhibition was called ‘I’m OK.’ Moments later he was shot. It was his biggest show to date. It was 22 paintings mostly in large format 220 x 180 cm and it was like a greatest hits kind of show. He made works of every style that he loved to make so we had the white and blue spray paintings, black paintings, raw burlap paintings, raw canvas paintings, paintings with footprints. It was everything and also a couple of the smaller scale paintings. The press release from the show was a dialogue from Seinfeld about having an idea for doing nothing.

Are you always on the lookout for new artists to add to the roster?

Javier Peres: I’m a very open minded individual when it comes to art. I’m always open to the possibility of falling in love with an artist. I’m completely not monogamous in that sense. Every encounter is a possibility. For me though it’s always a super instant thing. I see a body of work and if I’m into it, I’m into it and if I’m not it doesn’t really register. I kind of forget it instantly. Even within my own gallery I don’t have a hierarchy of this artist is the best. I don’t think of it that way. It always has to do with the combination of the artworks that they’re making at that moment and the personality.

What do you look for in an artist’s work?

Javier Peres: I don’t have a preset notion that art should be like this or like that. I’m super open to it. I feel like I’m going through a period right now where I’m super into painting. But I’ve gone through periods where I’m more into sculpture, or into photography. It has to do with the zeitgeist, with the moment, with what’s happening at that time.

Submissions are now open, for a chance to exhibit at the Royal Academy of Arts click here