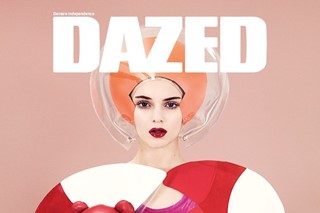 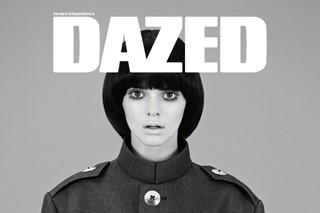 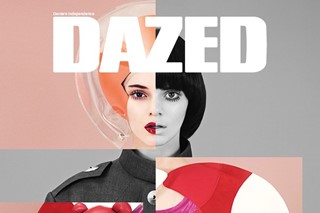 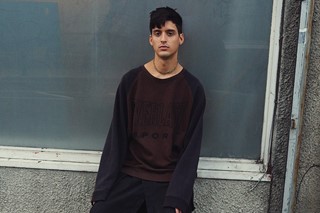 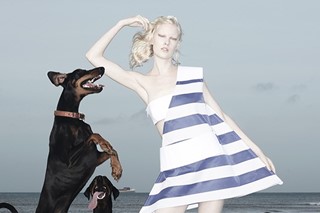 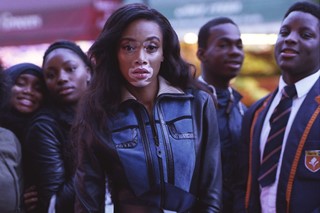 Who are the people set to redefine the future of style and youth culture in 2015 and beyond? Polling our global network of collaborators and influencers, the winter issue of Dazed showcases 100 cultural renegades changing the face of fashion, film, art and music. These names – led by cover star Kendall Jenner – are the next generation of talent poised to cross over next year. From Kelela to Olivier Rousteing, Gia Coppola to J.W.Anderson, Kiernan Shipka to Miles Teller, the inaugural Dazed 100 will simultaneously debut on Dazed Digital, where readers can have their own say by upvoting each entry. Which spot will your favourite take?

Changing the face of fashion’s future, reality star turned catwalk phenomenon Kendall Jenner fronts three covers photographed by Ben Toms and styled by Robbie Spencer, a special edition of which has been mashed and spliced by Instagram artist Doug Abraham, complete with stickers. Inside the issue, she tells us about her meteoric rise – and silences the haters in a cheeky recreation of the Burn Book scene from Mean Girls.

In fashion, we showcase the pioneering image-makers interpreting the best of the women’s resort and men’s SS15 collections. Pierre Debusschere teams up with Katie Shillingford for a shoot inspired by the blue-hued Prada resort collection. Joanna Piotrowska captures the controlled chaos of a Latvian rehab centre in a spread styled by Elizabeth Fraser-Bell. Brianna Capozzi heads poolside in puffa jackets in a shoot styled by Emma Wyman. Gregory Harris pairs with our newly appointed beauty editor Yadim to explore the limits of beauty through unconventional materials. And Jackie Nickerson creates a spell-and body-binding sculptural shoot styled by Robbie Spencer.

Elsewhere, pope of trash John Waters opens his home of oddities, Hollywood rebel Shia LaBeouf lifts the lid on his recent existential crisis in an extraordinary email confessional, and Laura Dern reflects on a career spent pushing the boundaries of indie cinema and her special relationship with David Lynch. For our winter art residency, digital artist Jeanette Hayes fuses Sailor Moon with Botticelli.

Get to know the voices shaping 2015, in their own words:

“I don’t have all the answers to what I’m doing... But it’s not about answers, it’s about feelings” – Thomas Tait

“At the end of the day, you live and die by the performances you’re giving. You keep doing the same thing and people stop watching” – Miles Teller

“Anyone can create and put stuff out there, so then as viewers and listeners we have access to a lot of different unique view points” – Gia Coppola

“There are so many cool, talented artists creating work that is opening up a dialogue about gender. The lines are being blurred between masculine and feminine – it’s really exciting” – Petra Collins

“When I started, I was incredibly naive about fashion. I have learned everything I know in the past five years” – Jacquemus

“The industry has never been interesting. It’s the people who create that are interesting” – Yung Lean

“I want to be Michael Kors, but on purpose” – Telfar Clemens