The US photographer talks adolescence, Andy Warhol and why the American dream failed in the first of our States of Independence questionnaires

David LaChapelle’s photographs are a beautiful deception. He seduces the viewer with glamour – hallucinogenic lighting, neon colours, surrealist props and an elaborate set – but on closer inspection, his pictures reveal underlying cultural messages about spirituality, sexuality, religion and politics. It’s a provocative formula that the 51-year-old pioneer has applied to global ad campaigns, glossy editorials and portraits of powerful personalities such as Elizabeth Taylor, Jeff Koons, Muhammad Ali and Tupac Shakur.

Though LaChapelle swapped fashion for fine arts photography in 2006, he has yet to escape the controversy he is famed for. Most recently, the unveiling of his artwork for this year’s Life Ball, which depicted the transgender model Carmen Carrera naked in a Pre-Raphaelite pose with female and male genitalia, set tongues wagging. As did his bold new exhibition, Land Scapes, which examines the extremes of global oil production, via vibrant, glossy photographs of handcrafted models of gas stations and refineries. Here, he downloads his thoughts on modern-day America. 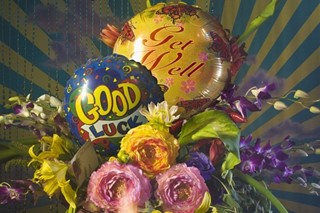 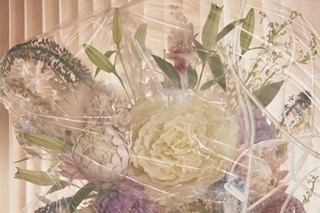 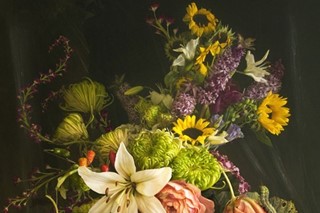 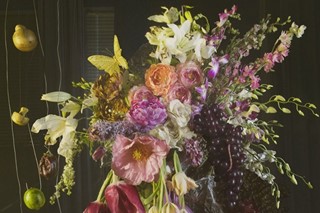 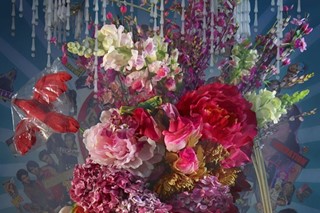 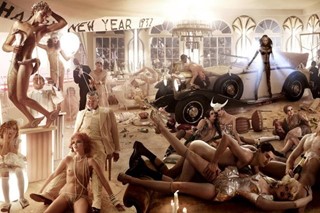 Where in the US do you live now?

David LaChapelle: In Maui. I had this period where I worked for 11 months without a day off and I just felt like I needed to stop. I wanted to get away from the superficialities of New York and return to nature, to things that felt real again, so I moved to Maui. I live on a farm that used to be a nudist colony actually. By the way, there’s nothing like being naked in the woods. Solitude and nature really inspires me. I don’t want to be controlled by devices, distractions and noise.

David LaChapelle: Greed, violence as entertainment and violence as the new pornography. It’s brutal. We are in the dark ages. For example, if you look at popular movies in America that have the most disgusting concepts like the Saw series or even The Hunger Games, it sickens me. I don’t know how they get away with it. It’s a degraded future civilization.

David LaChapelle: Muhammad Ali. He was incredible, I photographed him once and he was a real hero. He really lived a life and was a very inspiring human being. The fact that he quit boxing at the height of his power and influence, his prime, I mean that’s a person that’s not ruled by greed. You know he went from being really popular to being completely hated for that.

Who gave you your first break?

David LaChapelle: I guess Andy Warhol, I mean he completely changed my life really. He gave me a regular column for Interview magazine in the ‘80s called ‘London Calling’, so I was sent over to London to take photos of interesting people that were shaping the creative scene like Leigh Bowery, Trojan, Stevie Stewart, Princess Julia and John Mayberry, who I think is an absolute visionary. Coming from New York I thought these London kids were so out there, I thought, ‘Holy shit, what planet have I landed on?’. Right after that I got to work for British Vogue and The Face, which was incredible.

What was the most important piece of advice he ever gave to you?

David LaChapelle: No, no he wasn’t really like that. Andy would usually come up to me in the Interview office and ask me what the hell I was wearing – which at the time was clothes from my London trip, like this yellow striped bodysuit with a beret and I also had this PVC jiffy-pop hat. I was pretty creative back then, I think he liked that.

When and where are you happiest?

David LaChapelle: Right now, probably when I’m at home in Maui. But I did have some really great times in London during the ‘80s, dancing and having fun in wild clubs like Total Fashion Victim, Taboo and Body Map.

Were you in a high school clique?

David LaChapelle: No, I was a real loner growing up. Not that I wanted to be a loner, but I definitely didn’t have friends. I was bullied very badly at school. It was so bad that I had planned to kill myself when I was 14, but I didn’t go through with it because I didn’t want to hurt my parents. They raised me with such care and I didn’t want to punish them.

David LaChapelle: Bob Fosse’s Cabaret, because it’s got everything drama, suspense, theatre, love, passion, truth. But it’s not told in a way that’s unbearable to look at. I can’t usually look at a Holocaust movie knowing that my mom’s family suffered in that way, but the way this story is told is so incredible. I would also have to shout out Ang Lee’s Brokeback Mountain, because it’s a story of gay oppression told by a heterosexual man with such sensitivity and beauty.

Your favourite quote about America?

David LaChapelle: The phrase ‘what doesn’t kill you makes you stronger’ comes to mind.

David LaChapelle: I couldn’t choose, but I would say that Pharrell is my favourite living artist. I think he’s a genius on so many levels and across so many genres. When my friend first played me the "Happy" record, I was blown away. Music brings people together in times of trouble. We are on the precipice of so many bad things and the news is just selling fear in America – so lets live as joyously as possible.

David LaChapelle: The dream exists but I don’t feel it’s still attainable. I don’t want to sound pessimistic but I think the government is broken. I think when you’re poor in America now you stay poor. I was a high school dropout and I wasn’t handed anything, I worked my ass off but there was room to make it. Maybe people can still get rich in the business world, but that’s never been my goal. I thought I was going to die at 24. Having made the film Rize, I saw that there were no chairs in the schools and there are no art programmes at all. I believe that art saves lives and cutting the arts is a big indicator of society going downhill.

What would make you leave America?

David LaChapelle: Seeing the beautiful natural landscapes, being torn down for concrete malls and shit like that, I find very upsetting and shocking. I feel like we are so disconnected from nature these days, I mean people freak out when it rains in LA, you know?

If you could vote for Obama again, would you?

David LaChapelle: Yeah, I would but I don’t think he can do anything really. The government is broken, it’s not working, it’s out of order. Hopefully Obama’s health care system works. There is hope and I suppose we have to be positive…

David LaChapelle: Oh god. Hopefully we can still fucking see it. Hopefully there will be something left to see.

David LaChapelle's Once in the Garden exhibition, starring Carmen Carerra, runs at the OstLicht, Galerie für Fotografie in Vienna until September 14.