Beyond Rejjie Snow: how the boys, girls, raps and blocks of north Dublin's Ballymun incubate the dreams of a generation 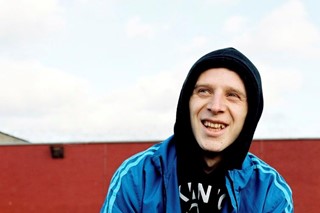 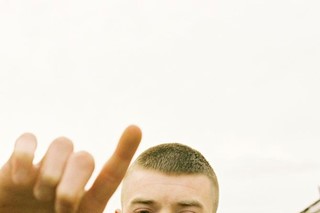 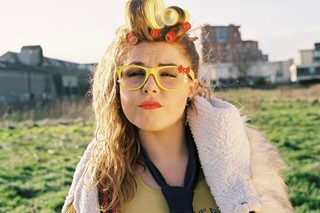 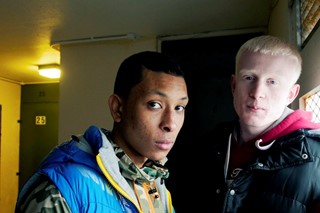 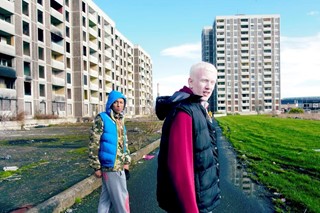 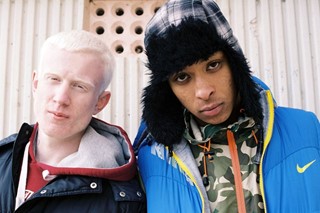 Down the lane way sniffin’ petrol I thought pebbledash was snow / As I stumbled in a blizzard, the pain inside me disappeared / Cross the city down the alleys,  a thousand kids like me / They are watching through red eyes / The flock of little birds gracefully gliding by….

Looming from the north Dublin motorway, Ballymun appears as two architectural forms. The skeleton of the remaining Ballymun tower, once a beacon of 1960s housing, complete with fitted kitchens and bathrooms withers in the wake of Ikea’s new flat-packed store. Both are punctuated by the presence of a single piebald pony, standing majestically in a field before the flats.

Ballymun, a previously undeveloped countryside area, was established as a series of fortress-like concrete structures of high-rise, multi-family housing in the Brutalist architectural style. Each tower was named after one of the seven signatories of the 1916 Rising, and Plunkett tower, christened after Joseph Mary Plunkett, is the last to remain. It’s 15-floors high, with just three families remaining housed in its carcass. They are waiting to be re-housed before its demolition later this year.

The initial utopia of these concrete structures with central heating, hot water, and elevators quickly faded as the elevators regularly broke down in these high-rise towers, and the government of the day ran out of money to finish promised infrastructure such as parks, shops and playgrounds. With the city centre and all that was familiar far away and no building maintenance, the cracks of these buildings seeped into social problems. Isolation, loneliness, heroin, needles, track marks, violence, police harassment: young kids in Ballymun such as Lunatic and Costello felt a common thread through the lyrics of New York rappers. Though told through a different culture and slang, the struggles were universal. The Dublin rap scene began to germinate, rapping quickly became an outlet to escape and express the thoughts, frustrations and emotions going round the heads of the residents of these working class areas.

Check out our video of Dublin-born rapper Rejjie Snow above

Broken Song, an award winning documentary film released in Irish cinemas last year, covered the lives of Ballymun and related areas hip-hop artists William Lee, GI (Christopher Buckley) and James Costello, along with their youth reach worker, manager and founder of Workin’ Class Records, Dean Scurry. This film showed how some of these artists had already been in trouble with the police while others had previously struggled with substance abuse issues. Like Patrick Kavanagh and Brendan Behan, both Irish poets who battled addictions with alcohol and vented their frustrations through writing, this new brotherhood on the fringes of society use the power of words to channel their anger through words.

Influences such as the Pogues add a layer of Celtic soul to these street poets work. Traditional Irish musical instruments such as the bodhran are often incorporate into their beats.  Lunatic taught songwriting in working class areas of Dublin and became a pioneer for the Irish underground hip-hop movement. Lunatic also contributed to ‘Hip-Nos’ a show where traditional sean-nós singing is fused with the beats of rap and the spoken word from Dublin. These Irish rappers have replaced much of commercial rap’s material basis with observations on street life, sell-out politicians and economic apartheid. As Scurry states “The Celtic Tiger was like a Disney Land for the whole of Ireland, but we didn’t experience it in the first place. So we didn’t miss it when it was gone.”

Scurry, who established Workin’ Class Records, ten years ago initially to release ‘homemade bomb mixtape’, a compilation of tracks from rappers from all over Ireland including Lunatic. Workin’ Class Records now represents acts like William Lee, Costello, DJ Moschops, 4Real, GI and Ryan Lincoln and Ger Kellett of 5th Element, producing and recording their albums and videos. The Working Class artists in recent years have supported Kanye West, Wu Tang Clan, Snoop and Nas. However many of the local boys in the area would name local artist Lunatic, who tragically died of natural causes due to a heart condition in 2009, as their rap hero. As a tribute, Lunatic’s close friends Costello and GI wrote and recorded a homage to Lunatic with ‘Put your L’s up’. The L sign hand gesture in Ballymun remains a symbol of love and respect to Lunatic and a memorial to his un-timely passing.

As Ballymun completes a multi-billion-renewal scheme the local community has been an integral part of the shaping and content of the new development. They requested and received the Axis Ballymun, a community resource and arts centre complete with a recording studio, restaurant, theatre and rehearsal space as well as a dance studio, crèche and a drug rehabilitation centre. This centre and its recording studio are helping to finally launch the careers of local artists to a wider audience. And more international focus on Irish rap is due this summer with the premier of ‘Outstr8’ at the Cannes Film Festival, another documentary film made about Workin’ Class Records.

“These artists have multi-layered educations; education from their youth workers, from hip hop and now more often from college too,” explains Scurry. “They work hard but haven’t made a living from hip-hop yet. But that could change this year”. As Scurry explains, "Ballymun has its problems, [but] we are a community of 25,000 in a square mile and I know 15,000 of that community by name. How many areas do you know which have that level of community spirit?”