As the deejay awaits the verdict of his murder case, we revisit a Dazed interview he gave just before his alleged crimes hit the headlines

Next week, a jury will rule whether dancehall firebrand Vybz Kartel should be convicted of his second murder charge in three years. After being found not guilty last July of killing Jamaican music promoter Barrington Burton in 2011, the Kingston-raised entertainer and his four co-accused will find out if they are to be jailed for allegedly beating Clive "Lizzard" Williams to death. Two months before the first murder took place, Dazed spoke to the self-proclaimed "Jekyll & Hyde" deejay about his life and career. At the time he was riding high, with Beyoncé sampling "Pon Di Floor" for her comeback single "Girls Rule the World", a new album about to hit the streets, and even his own line of Daggering condoms doing big business. The only bad press he had to deal with was the cultural repercussions of bleaching his skin with cake soap. What a difference a few months makes...

“I grew up in a wooden house with a zinc roof in Waterhouse, the birthplace of dancehall. It was a pretty regular garrison childhood. When I was about six or seven years old my family moved to Portmore City, which is just outside of Kingston, across the bridge. My father wanted a better life for his kids. I used to sneak out at ten years old to go to dances and my father would lock me out, but my mum would open the gate - she knew what music can do for poor people.

I started writing my own lyrics. I was like, 'I can do it better than everyone else'. My cockiness just came from the fact that I was from Waterhouse, where all the greats honed their craft, like Ninjaman and Shabba. I wanted to show my parents that I could do it if it was the last thing they ever saw me do. Now even my dad loves it! He's like, 'Yeah, okay, you're serious son.' 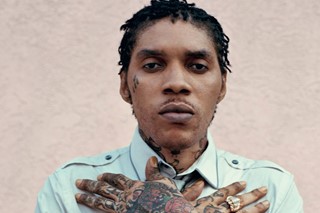 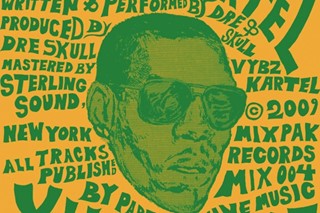 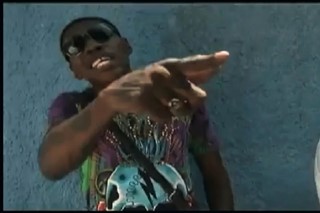 Looking back, I was always the centre of attention - the class clown. My talent and my ego were childhood sweethearts. And, like all relationships, there was a lil' bit of arguing here'n'there when the ego tried to outdo the talent, but now they've learned to live together in harmony. I wasn't involved in street gangs, but when people ask me if I've ever seen anybody get shot, I say, 'That's like asking me if I've seen the sun come up.' I've lived the Jamaican ghetto life. I knew I had to take measures to protect my life because, as corny as it may sound, I knew I was going to be a star.

I suppose I've got a Jekyll and Hyde ting going on. Sometimes you jump out of yourself for a minute and cause yourself a lifetime of regret. I don't regret leaving The Alliance though. They have a saying in Jamaica - 'two bulls can't reign in one pen' - and I couldn't be in a pen with Bounty Killer and build my own empire. I was always loyal in my alliance to him because I believe in loyalty over royalty. Leaving The Alliance was the hardest decision I've made because I went out of myself. I didn't know if Jamaica would turn its back on me.

“In fact, the war did more good than bad for our careers, because it made us the top two acts in dancehall”

When the feud with Mavado happened, my 'Mr Hyde' side came out again. But contrary to popular belief the peace wasn't organised by the government, it was decided by Kartel and Mavado. The Prime Minister got involved for publicity. We just rolled with it. In fact, the war did more good than bad for our careers, because it made us the top two acts in dancehall. We now make the most money, so I know that he is as appreciative of me as I am of him. If it wasn't for the feud, we wouldn't be the giants we are now.

I am a provocative person. In my music, I am outrageous and that is part of Vybz Kartel's persona, but it's not like I sit down and think, 'Okay, I'm gonna do something controversial!' It just happens. For example, I haven't lost any sleep over people saying that I bleach my skin. I make my own brand of cake soap so I'm actually profiting off of it. It's not a lie. I do me and they do them. If you wanna do me, fine, more power to me. A lot of people try to psychoanalyse why I did it but it just comes down to entertainment. Vybz Kartel has over 100 tattoos and I just rub on the cake soap to make my tattoos brighter, yet still people try to analyse what I do and get inside my brain. They just make a complete fool of themselves and make me more famous. Vybz Kartel is the kind of person that creates marionettes from the public - I create puppets. Be outrageous and controversial and you will always be a trendsetter.

I do so many songs about sex, I thought it was only right to do something about having safe sex, so I launched my own brand of 'Daggering Condoms'. Maybe the condoms aren't working that well - I've got a lot of children. I live with three of them; I've got one in Canada and two in New York. I haven't seen the Canadian one since he was born and I haven't seen the ones in New York for like two years now. It's crazy, but that's the life of an entertainer. I also make my own run. So you can drink some of my Vybz rum, have sex using my Daggering condoms and do it all while listening to a Vybz Kartel CD! It's musical viagra!

Beyoncé has just used the 'Pon Di Floor' riddim, which is very good for me. Now every time her record plays I get money. I like her music and how she flowed on the track - it's all about empowering women. I find it funny when people say that my songs are demeaning to women, because most of my fans are women. Women from the highest excellence to the bottom of the pit! Women love to have sex, so I don't see what the problem is with me just expressing my sexuality. All love songs are about love, all gospel songs are about gospel, so why can't all Vybz Kartel songs be about sex? I am the Sexual Liberator of Jamaica!

"I sometimes worry about losing my golden touch because nothing lasts forever. If your life begins and ends, what is something as insignificant as a career in comparison? Of course I'm gonna lose the golden touch, it's just a matter of when. I don't see it happening any time soon though!”

I also sing about my experiences and my lifestyle. When I was doing the song 'Clarks' I wasn't doing it to get money from Clarks, I was doing it for artistic expression because at that time I had like 50 pairs and everyone was always asking me where I got them. I bought a Benz and I did 'Benz Punany'. I bought a bike recently and I did 'Big Bike Bumper'. When I bleach up my face with da cake soap, I did 'Cake Soap' and then I started selling my own cake soap. I just do me. No subject is out of bounds.

I sometimes worry about losing my golden touch because nothing lasts forever. If your life begins and ends, what is something as insignificant as a career in comparison? Of course I'm gonna lose the golden touch, it's just a matter of when. I don't see it happening any time soon though!”