From wrongful convictions to warheads, the photographer looks back on a career uncovering America’s best kept secrets

Taken from the February 2009 issue of Dazed & Confused:

“I was introduced to photography by my father and grandfather. My father worked for the state department and obsessively collected images from off-the-map areas – he had piles and piles of Kodachrome slides. My grandfather was a scientist and writer who recorded and indexed details of the natural world on film. I studied Art Semiotics at university, but I was always doing photography. Now I recognise the luck in having a commitment to a practice at a young age. The Innocents took about two years to complete, and was the result of nearly five years worth of research, shooting and writing. It was founded in an investigation of photography and its potential to disrupt memory. It centred on cases of wrongful conviction that relied on misidentifications resulting from victims’ or witnesses’ response to photographic material. The photographs replaced and often created memory. This was my thesis. But, in getting to that study, I was exposed to a legal system that had no vetting agent for corruption, economic disparity and racism. I photographed a man who was wrongfully convicted of rape and murder at the scene of the crime, along the Snake River in Idaho. He served 18 years of a death sentence. It was the middle of the night, out of cell phone range and far from the road, at a site with a very violent history.

In this moment, loaded with references, I caught myself becoming the questioning public that I was confronting. I knew I was with a victim – a violated and innocent man – but, alone, in an environment inextricably connected with brutality and death, I caught myself questioning my certainty and allowed scepticism (fuelled by fear) to blur my intellectual clarity. It was in this moment that I genuinely recognised what this man has to work against daily. The fictions, stories and constructed identities attached to the innocent in the process of a wrongful conviction cannot be erased. This is something the wrongfully convicted are connected to and fighting against all their lives. 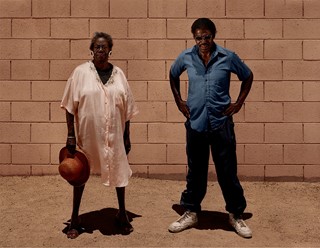 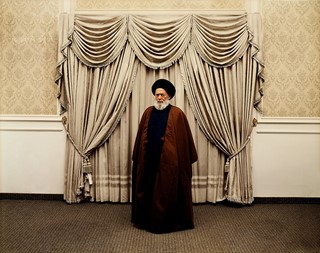 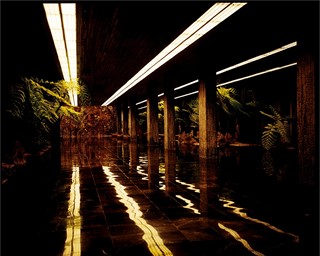 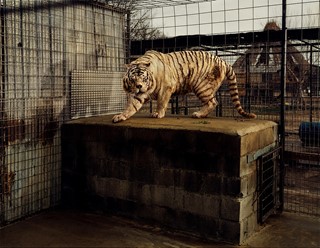 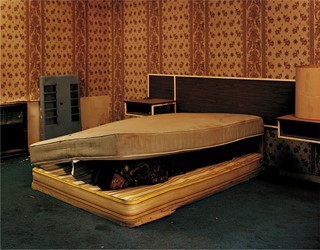 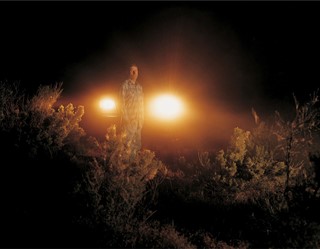 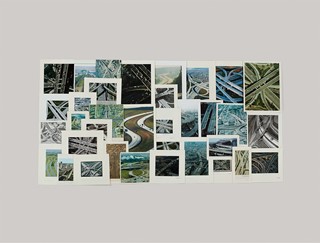 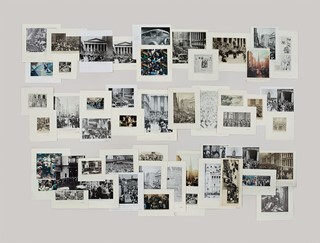 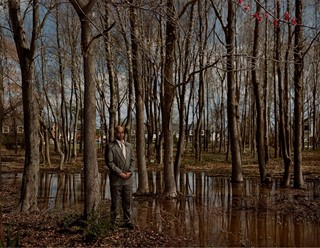 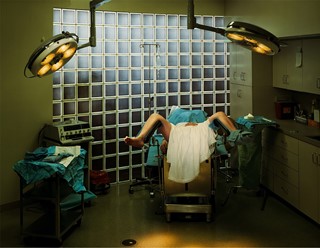 Another occasion when I have felt truly in danger with my work was shooting An American Index. I photographed steel capsules containing nuclear waste, submerged in a pool of water at the most contaminated site in the United States. I sat for hours, wearing a government issue radiometer, in a dark room filled with a blue glow emanating from the capsules. The mind can invent many dangers in that unknown.

After completing The Innocents, I pored over images I had made in the past and kept returning to this one photograph I produced at The Palace of the Revolution in Havana. It was a site that was not accessible to the broader public. I was drawn to the absence of the figure, to its formal qualities, palette and geometry. There was this abstraction in it. Its silence was only disrupted through its relationship to its caption, which gave it political teeth. In An American Index, I wanted to create a space between the abstraction of photography and the anchor of its context. A few of the locations required an abandoning of my usual set-up, and so became experiments. The restrictions became visual representations of the sites. The photography in An American Index is without a figure most of the time. But this wasn’t a solely conceptual decision. It was the way I was looking for that period of time. I was entering into imagined spaces that, in my mind, were often more fortifi ed and advanced. Many of the sites appear locked in the cold war era – a vulnerability and aesthetic that I hadn’t anticipated. Behind every one of my photographs is a pile of correspondence and many lost phone conversations.

Gaining access is 80 per cent of the work, and I work with producers (including my younger sister) in these efforts. Accessing Plum Island Animal Disease Centre, a federal bio-threat research facility, required over a year of correspondence with the department of homeland security. To get to the island, you have to travel aboard an armed government issue ferry. Upon arrival, I had to have a meeting with several of the department’s staff to explain my wants and hear their restrictions (all of which we had gone through very clearly in the lengthy email process). Research is carried out in ‘bio-containment’, which demanded that I shower and remove all clothing, jewellery and other personal items and change into the allowed and protected wardrobe they provide. It was a very controlled environment and I was not allowed to photograph freely. Upon leaving, I had to shower again to safeguard against disease transmissions.

My content puts me in scenarios that often require a spontaneous response – I’m usually working in restrictive environments with rules, margins and personalities that demand change. In this situation, all the calculations that lead me to the actual taking of the photograph shatter. My format, the camera I use and the elaborate lighting set-up, do not fit in too well with moving possibilities. This is where the trouble surfaces and failure becomes a very clear possibility. I’m always operating in a schizophrenic form – considering both the writing and the image at the same time. Both have to be fully alive for the work to succeed. I don’t really feel that I’m pushing myself – I’m just following my interests. My next project is a secret – but I’m going beyond American borders.”