Taken from the August 2011 issue of Dazed and Confused:

“I was born in Tel Aviv some 60 years ago. I was a spoiled brat. The only complaints I have against my parents are that there was not much to rebel against. We were a very arty family: my mother was a painter, father a photographer, brother a musician. Of course, I still brought my own deficiencies to the world. I’m sure if I grew up now I would be spotted by social workers and declared special needs. They would have dealt with me and I would have become an accountant. Luckily they didn’t spot me and ever since I can remember I have gotten away with not doing things the way I was expected to.

It was an obvious move for me to go to art college but I never planned to be a designer. I was interested in things, in objects, but more through fine art than design history. When I arrived in London I studied at the Architectural Association, but I didn’t originally intend to study architecture. It was simply that the AA seemed more fun than the Slade, for example. When I came to the interview at the AA I had no portfolio; I simply took a pencil and showed them that I could draw. They asked me why I wanted to be an architect and I told them I wasn’t sure I did.

For some reason I got onto the course. I had a great time there, there was lots of good spirit and I strengthened my outsider position. In London at that time no one was actually building anything, so architecture was very much on paper; Archigram was at the height of things and people were experimenting. The college was a very pluralist place, it had decadent ideas next to Trotskyism. 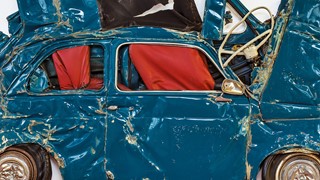 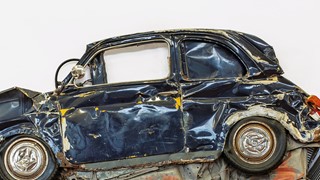 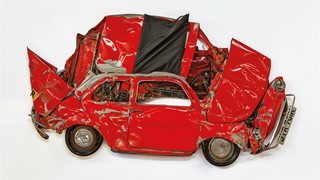 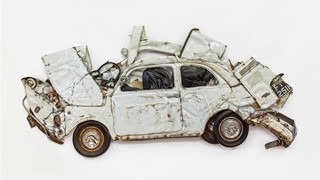 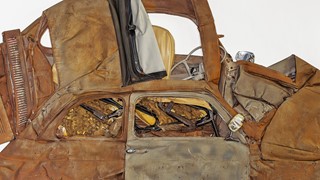 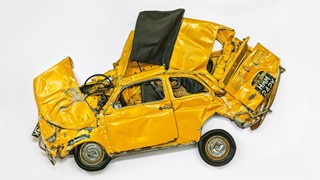 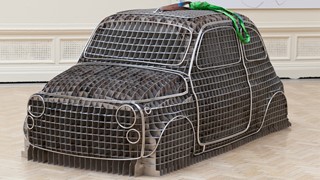 After I finished, I started my company, One Off 4, and we began to get a lot of press. The company was very organic and self-invented. At that time we were creating pieces by bashing steel chairs, or using reclaimed Rover car seats. I didn’t know that by salvaging car parts and making furniture I was doing ‘design’. The reference I had in my mind was about found objects in art – Picasso’s “Tête de Taureau” (1942) made of bicycle parts, or Marcel Duchamp’s work. Somehow I was sucked into this world of furniture.

I was always surprised at our success. I remember, when I was given 24 hours to leave the country because my visa had expired, the head of the Design Council, Sir Reilly, personally helped me. He wrote a letter to the Secretary of State for Immigration, saying that I was an asset to the country and I should be able to stay.

Slowly architecture came to us. Moving into and designing our new studios gave the company a chance to experiment with our current ideas about architecture, on a small scale. Through this people asked us to design buildings. We have two offices now, one that deals with art and design and one that deals with architecture. Within architecture there are so many rules, building regulations: you have to run everything past so many people. I find it difficult to be told that I must do something differently by somebody who is less well-informed as an arbitrator of taste. The people working for the architecture office keep me in line and I am very grateful to them.

Improvisation has continued throughout my career. I never ever considered taking an academic route and when the Royal College of Art asked me to become the head of the Design course, I thought it was funny. I didn’t have time for that, so I had to improvise on how to do it without time. What I had learned earlier at the AA, in regards to pluralism, was something I tried to recreate at the RCA. While I hope that my 12 years there will be remembered as a good period, it was never at the expense of my studio. For a long time my motto at the RCA was to only employ people who said they didn’t have enough time to do the job. I was never confused or dazed by the college, but eventually I began accumulating guilt for not spending enough time there. I think it is only fair that somewhere like that has a fresh wind that runs through it and so it was time to leave and I went back to the studio.

The transition from the college was an easy one. I had continued working throughout my time there and was immediately focused on the three retrospective exhibitions, at the Pompidou in Paris, MoMA in New York and the Barbican in London. This was actually quite a strange experience. I remember, at the Pompidou, being told off when I tried to move one of my original Rover chairs slightly. This was a chair that had been in my house for many years. My children were breastfed on it and they were telling me I couldn’t touch it without putting white gloves on.

Throughout my career I have been very lucky and have never had to choose what platform I work across. I have made industrial design, one-off pieces, art and architecture. My work has been exhibited in museums and is used in homes. I don’t like my work to be categorised into art, architecture or design; I see these as lazy preconceptions. I think that is really what some people have a problem with, in regards to what I, and the company, do. Often, if someone looks at a sculpture of ours, what disturbs them is that I also design mass-produced chairs. It’s not actually to do with what is in front of their eyes.

That is the nice thing about the Roundhouse installation. It is free from the Bolshevism of the art world. It has no snottiness about it. It has fantastically fine artists – Christian Marclay, Mat Collishaw, David Shrigley – and it has rock’n’rollers like OK Go. The Roundhouse doesn’t have the constipation of the art market. The piece is free to be enjoyed by children, by mothers and by the snotty art world. The piece is also, in some ways, very ‘me’. There are no borders, no guidelines. There is no entrance or exit, you can walk through or view from the outside. Also, none of the artists involved in the project are doing what I thought they would. They are all doing something entirely different, which cheers me up a lot.

Ultimately I think I have an ongoing curiosity and a low boredom threshold. That is really what runs through everything I do. I think of myself as very lucky and I often want to say thank you. Thank you for tolerating us and thank you for letting us play.