As her new show opens at London’s Skarstedt gallery this week, the artist looks back on a career of power and provocation

Taken from the February 2011 issue of Dazed & Confused:

“I was born in Newark, New Jersey, a very poor city which was plagued by poverty and deteriorating race relations. I grew up in a working-class home and never had my own room. We lived in a three-room apartment in a black neighbourhood. That experience determined very much what my work later became – my childhood informed my ideas about power, control, hierarchy, and marginalisation.

I felt like a Martian at Syracuse University. Most of the people there were very wealthy and had a lot of facial surgery. After the first year at college I saw little reason to stay. And my father had died, so I wanted to be closer to my mom in New Jersey.

I transferred to Parsons School of Design and studied with Diane Arbus. She was the first female role model I had that didn’t wash the kitchen floor six times a day. She tried to define herself as an artist. She came from a wealthy family but was very troubled. I liked Diane and she liked me, although I always had problems with her work even as a young woman. I didn’t challenge her about it – she was another human being that was vulnerable to begin with. I just think that photography has the power to objectify human beings in the most brutal fashion. I try to make work about how we are to one another and the social relations involved in photographing ‘the other’ are too often unexamined.

I left school at 19. I didn’t have the money to continue. Initially, I got a job as a telephone operator. Then I was hired at Condé Nast as an assistant designer at Mademoiselle Magazine. In the beginning, it was thrilling to work for magazines because it was all new, and I thought I wanted to be Art Director of the World! But I soon realised that I just didn’t have it in me to be a designer. Designers have to construct millions of different images of perfection to suit their clients. The have extraordinarily broad skill sets. I admire that tremendously, but I could never do that. 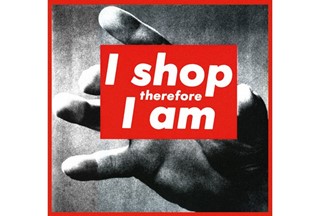 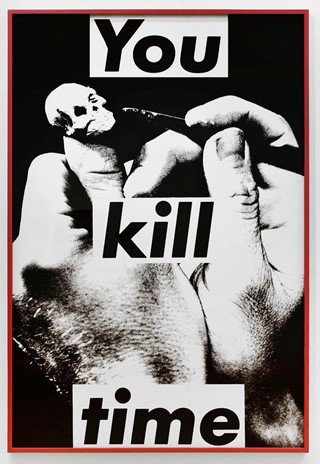 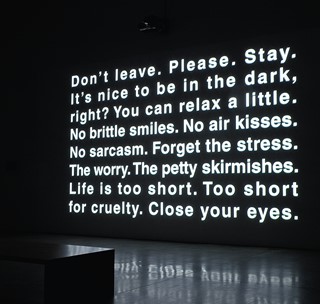 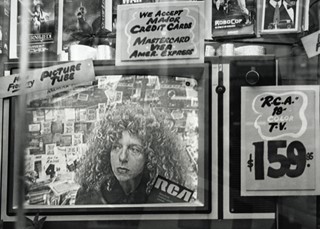 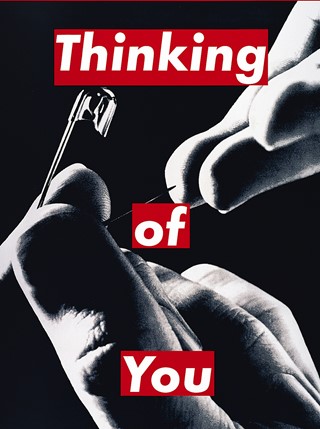 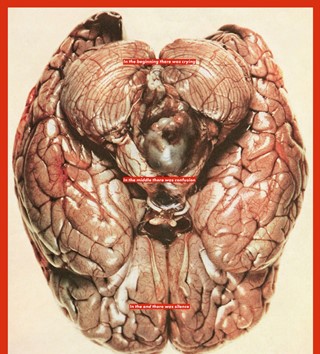 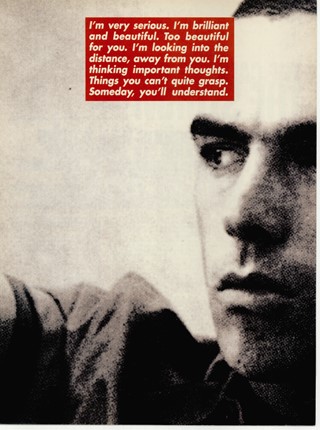 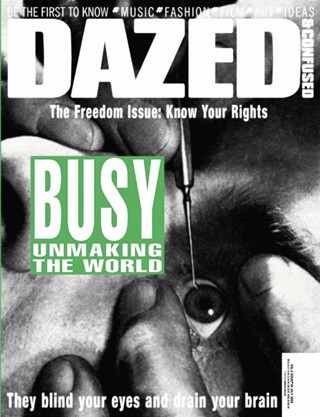 I sort of established a peer group with the first or second graduating class at CalArts in 71, 72 – people like Ross Bleckner, David Salle, Barbara Bloom, James Welling and Eric Fischl. I also met Julian Schnabel and Cindy Sherman, then Jenny Holzer a little bit later. I didn’t have a pot to piss in so I started to take all these teaching jobs. Without a degree you couldn’t get a real job, so I just got visiting jobs. I first went to CalArts in 79 and I think at that point I realised I liked LA. I’ve been in Los Angeles for almost 22 years now.

I’m interested in doubt. I’ve done work using the phrase “Belief plus Doubt = Sanity”. Doubtlessness frequently results in arrogance and abuse of power and physical violence. Here in America, for instance, we had eight years of George Bush – a regime where doubt often seemed like grounds for arrest. My work is also engaged in a commentary that is frequently about parody and irony. And I believe that laughter can have both a liberating and progressive doubting effect. But it can also have a reactionary and brutal and cruel effect. It can work in many ways.

In the beginning, I did the poster sniping myself. Of course, it was not legal. Then one year I was teaching at the Independent Study Program at the Whitney Museum and my students and I sniped my “Your Body Is A Battleground” poster. It was right before the march on Washington for abortion rights and I went to both Planet Parenthood and the National Abortion Rights League saying that I would volunteer for them. They didn’t know who the fuck I was, so I just did it myself. My students and I sniped at three o’clock in the morning throughout the city. The next day half of them were covered. It was the snipe wars.

I’m a news junkie. I have a newspaper spread in front of me right now. I read The New York Times and The LA Times in hard copy every day, and The Guardian online. And I go to lots of new websites, both left, right and centre. And I watch television. The 24/7 news cycle is full of information that’s really not information, which, of course, brings one to WikiLeaks. Is there a notion of ‘off the record’ any more? The whole idea of privacy – which I’ve always been suspect of – has been turned inside-out.

I don’t have a website or even a .com website because somebody bought my name and the site years ago. I think you have very little control online… but it’s something that I do want to pursue, since so many other people are pursuing it in my name! I don’t mind the online imitations of my work so much. To me, copyright and intellectual property are some of the real determining issues of this new century. I think they are euphemisms for control.

With the cover I did for Dazed, I just wanted something that would really catch the eye (laughs). What was tremendous for me was to be able to do some spreads for an earlier issue of the magazine too, which somehow were so close to what I had done at Condé Nast. I wrote captions much like what the copy looked like in magazines, but it addressed the reader directly in an ironic and hopefully humorous manner. I was so happy to be able to do that. The prints were included in my retrospective at MOCA in Los Angeles and at the Whitney Museum in New York.

For the past 15 years, most of my work has involved immersive installations of video and image and text wallpapers. At the moment, I have an exhibition in Frankfurt at the three-storey rotunda of the Schirn Kunsthalle. It’s an installation of texts in vinyl, and you can read it inside and outside the museum and also on the floor and ceiling of the rotunda. So it’s an encapsulating cylinder of text. It’s called Circus, since it’s circular but also because it engages how we are to one another and the kindnesses and brutalities of social life.

I’ve been tremendously fortunate in my life and work. I have no complaints except for the world.”