The iconography of Houston, TX’s culture has transformed rap in recent years. Its slow, low and banging car culture, the slurred sound of DJ Screw, the ongoing obsession with strip clubs and drinking lean: all native to the once-rap backwater of the Lone Star State. A new book documents the real life behind the music video clichés alongside an oral history from some of the city’s luminaries.

We caught up with one contributor, the underground king Bun B. One half of UGK, he released one of the city’s greatest contributions to the canon, Ridin Dirty, with his fellow rapper Pimp C in 1996. The perfect companion to life on the hard, hot streets of H Town, we spoke to him about the book and his life.

Dazed Digital: What do you think it is that Houston does better?

Bun B: What used to be Houston hip hop culture is now just culture. I think in 2014 you’ll see a reemergence of Houston rap. It’s just difficult because everyone’s trying to do what Houston does. Today, everybody wants to sip the syrup and everybody wants to slow their music down like Screw and all that kind of stuff. So everybody’s trying to do what Houston has done forever, so it’s time for Houston to start to try to figure out how to do something a little bit new or start tryin’ to put a twist on what we’ve done before, since other people are doing it to death. 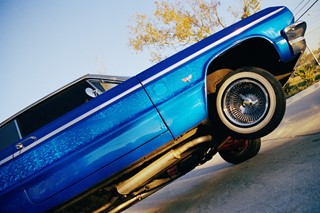 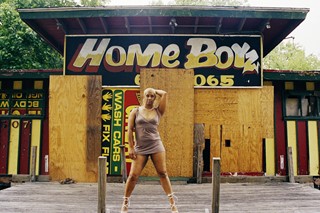 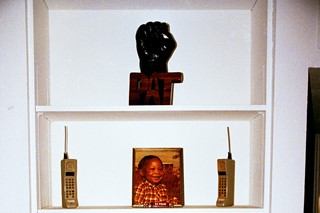 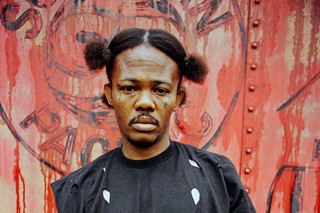 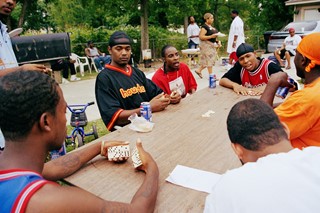 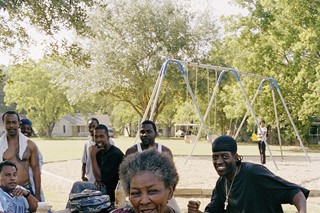 DD: Who are the rappers you see leading that?

Bun B: Well, my opinion is that the new wave of artists I’ve seen emerging from Houston are more lyrically based. They’re not there trying to re-create the screwed up sound or re-create the UGK sound, they’re trying to create their own song and build their own followers. People like Delo, Kab Tha Don, Propain, Doughbeezy, Hard Core: they’re in a good position to help really restructure this Houston town and bring it back to the place we all know and love.

DD: 12 years after his passing, DJ Screw has emerged as one of most important figures in underground music. You worked with him very closely, right?

Bun B: DJ Screw was a very good friend of mine. UGK’s first record was “Tell Me Something Good”, and when we got the test pressing, the first person who played the first version of the first record we’d ever done was DJ Screw. At the time, he wasn’t the legend in Houston that he is today, he was still just you a DJ making mixtapes and playing clubs. He used to be a DJ at this after hours spot called Club New Jack. I bought the record to the club, and he was the first person to ever play our record.

DD: The pictures in the book see all ages hanging out together, and Houston rap music seems much more connected to older African American music, from blues to funk to soul.

Bun B: Well it’s sort of an amalgamation of those elements. People are very laid back  and we have a lot of people here that don’t necessarily work on a day-to-day basis. A lot of people here are just sittin’ back and relaxing, chilling at home on the dole, sitting on the front porch, sipping lemonade, listening to old school records, playing cards. It’s a very laidback lifestyle. In a lot of southern rap records you have a lot of those blue-sy and soulful sounds because that’s most of us were primarily raised to. Then it’s also a car culture, so the fast-paced music doesn’t necessarily work in a place that drives slow. That’s why the music reflects: even before rap, when guys from were driving around with loud music in their cars, it was not necessarily dance music but laid back and chilled.

DD: That’s fascinating. Could you tell us a bit more about how the sound is influenced by the cars?

Bun B: The way your car looks kind of represents you, you know the way it’s painted, the level the music you have in it, it kind of shows your status level, so it’s more just about showing off your car. Cars have crazy paint on them, very expensive tyres, very expensive wheels. Even some cars here have like neon lights in the trunk of the car. With all of this, you don’t want blow off that investment by driving fast. You’d rather ride slow.

A lot of the music is talking about what the cars look like, but more than that; it’s that laid back lifestyle of the cars that lends itself to the laid back tone of the music. We as artists in Houston want to make music that people feel comfortable driving slow and ride around the city in. If we don’t make the right kind of music, then people here won’t play it locally.