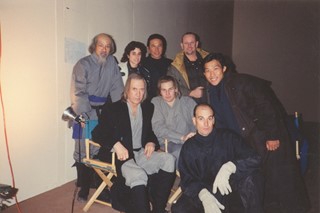 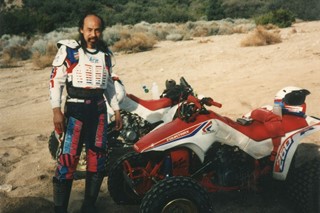 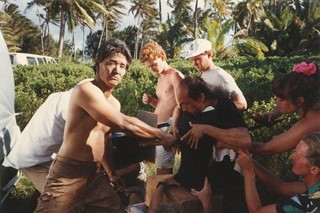 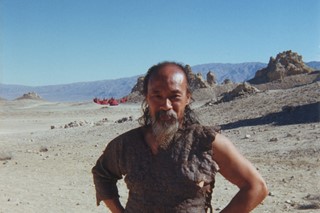 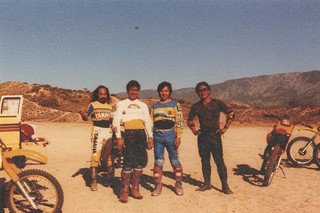 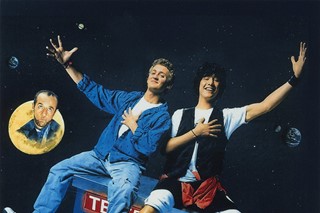 Al Leong has been machine-gunned, strangled, sliced with a giant scythe, blown up and impaled for people’s entertainment for over 30 years. Despite being Hollywood’s henchman of choice throughout the 80s and 90s, his onscreen dialogue amounts to little more than a parade of grunts, yelps and lines like: “Tell the white boys to kiss my ass!” But thanks to a legion of internet fans and late night reruns of classic flicks like Big Trouble in Little China, Die Hard and Lethal Weapon, his legend continues to grow. “If you open up my favourite fortune cookie, it would probably say: ‘Everyone dies, but not everyone truly lives,’” the martial-arts maverick wrote in his self-published memoir, The Eight Lives of Al “Ka-Bong” Leong (2011). “If you can live one-third of the life that I have, then you’re doing well!”

The wispy-haired hard man was born Albert Leong in 1952 in St Louis, Missouri, the youngest of three kids. He spent his formative years in the back of a Chinese laundry. “I don’t know why my parents ended up owning a laundry – they were Chinese,” Leong tells Dazed from his Burbank apartment. “My father was always working, so basically we just hung out there.” As the only Asians in elementary school, he and his two older siblings stuck out like sore thumbs. “It was a total Caucasian school, and everything was fine. I don’t know if things changed as I got older or if people in California are more standoffish to people. If you’re walking down the street, people cross the street just to avoid you, whereas in St Louis, people would stay on the same side of the street and talk to you, you know?”

After falling in love with the Californian climate on a rare vacation in 1962, the Leong dynasty packed up their laundry bags and moved to Los Angeles. While attending Hollywood High School, he studied martial arts under the screamed directions of US kung fu pioneer Grandmaster Ark Yuey Wong. “He would always teach me a few moves, then walk away,” Leong says of his teacher. “And when I thought he wasn’t watching, he would yell across the floor, ‘No!’ Then from behind, he’d pull my shoulders in line, shove a knee in my back to straighten it, hook his instep around my ankle to correct my foot position, then pivot around in front of me to adjust my hands.” Thanks to his dedication to the craft, Leong was chosen to carry on Wong’s legacy. “After he got to know me pretty well, he basically spent time with me and his grandson exclusively, teaching us anything we wanted to learn as fast as we wanted to learn it.” Leong would scribble his directions down in a notebook, away from the prying eyes of “the old man”, who would say things only once and never again.

Look at the front cover of the Blu-ray for Big Trouble in Little China. He gets his own little box in the corner of the cover, and he doesn’t even have a formal name in the film!

In the early 80s, a friend of a friend told Leong to come check out a film set he was working on. “I started out as a grip. And then the director said, ‘Do you know any martial arts?’, and I said, ‘Yes I do.’ ‘Will you teach these four girls something?’ I said, ‘Yes, I would,’ and when it came to shooting it, he said, ‘Why don’t you get up there with them?’ I had no idea I was going to be in front of a camera. I was just working as a grip and that’s what I thought I was going to be doing for I don’t know how many years.” Something clicked, and he soon became the go-to guy when producers needed someone with martial arts moves, getting gigs on The A-Team, Magnum P.I., Knight Rider and T.J. Hooker. “I started doing a lot of TV stuff, and after about a year and a half a lot of it just disappeared: all the action stuff just stopped. So I went into doing movie stuff.”

In 1986 he hit the big time with a significant appearance in John Carpenter’s Big Trouble in Little China as leader of the Wing Kong Clan. “Look at the front cover of the Blu-ray for Big Trouble in Little China,” says Guy Roberts, editor of alleong.com. “He gets his own little box in the corner of the cover, and he doesn’t even have a formal name in the film!” Following his deadly run-in with Kurt Russell, Leong got to pick screen fights with the cream of Hollywood’s action heroes of the era. Jean-Claude Van Damme, Dolph Lundgren and Bruce Willis all took Leong on... and won. Perhaps most memorably, he was wiped out with a flying ice-cream cone to the back of the dome for 1993’s Last Action Hero, courtesy of Arnold Schwarzenegger. “I think I am hired to die because they’ve seen me on another show and said, ‘We wanna bring this guy in. I like the way this guy dies,” he ponders. “I’m fine with that. Dying is basically what they wanted me to do. Nobody showed me how to die. I’m a stunt person, I’m not an actor. I can hit the ground any which way. I’ve been a martial-arts guy so all that stuff was easy for me to do.”

Often credited as Asian Bad Guy, if credited at all, he was the embodiment of mainstream 80s America’s Asian nightmare, wielding AK 47s, kwan daos (Chinese pole blades) and a pair of well-fed fists. Many actors would have felt frustrated at the lack of elbow room, but Leong wasn’t rattled about being typecast. “That part never bothered me,” he says. “The only part that ever bothered me was the fact that Asians don’t work that much.” While most of Leong’s downfalls are over the top, blood-splattered affairs, a select few have no stunts involved. In 1988’s Action Jackson he was stabbed and had to convey the emotions of a dying man with only his facial expressions. “I don’t know if there is a technique to dying. All I know is I look at the scene and I try and make it look as good as I think I can make it look.” Did he ever get the urge to play a romantic lead? “I never thought twice about that kind of stuff.”

Dying is what producers want me to do. Nobody showed me how to do it. I’m a stunt person, I’m not an actor. I can hit the ground any which way. All that stuff was easy for me

He has had some disappointments. After reading for a lead role in Sylvester Stallone’s Cobra (1986), Leong was awarded the part. An Asian group — unhappy with the idea of an Asian bad guy — protested and Leong was removed from the role. “I am very angry about that. I’ve always wanted to work with Stallone and I was supposed to work on Rambo III, I think it was. I was doing Die Hard and they were paying me very good money. And they could only use us for two weeks and since they were paying us, they said, ‘No you can’t go’, cause I had to fly to England. So I got stopped twice. But that movie with Stallone, I would have loved that, to have a fight with him somewhere.”

Leong’s tough guy attitude and cult status as a hardcore hero has led to internet fan sites springing up faster than Leong can dodge a punch. For the most part, Leong is flattered by the sundry tributes, but some requests have been a bit mental. “Some guy tattooed my face on his leg,” he says with a squirm. “Whoever did it did a great job because it looks just like me. But I wish it was done by some girl. It seems kinda strange. Some people out there do the weirdest things. You have no idea what people do.”

I think I am hired to die because they’ve seen me on another show and said, ‘We wanna bring this guy in. I like the way this guy dies'

It’s been a tough life on and offscreen: he’s broken all of his ribs, cracked his sternum, broken both arms and collarbones, been divorced by the mother of his two children and survived brain cancer. Extensive radiation left him without a right eardrum and only one saliva gland. On top of that, he’s suffered two strokes. “I cry all the time,” he says. “I don’t like to be in front of people because I start crying because of the strokes. It does these weird things to you. It just affects you all the way around.”

With little mobility and on doctor’s orders not to work, Leong has spent the last few years taking it easy, riding around on his beloved ATV and giving his extensive cuddly toy collection the occasional smackdown. When he set out to write his autobiography his medical issues meant that he couldn’t remember how to spell and had to search the keyboard for every letter, for each word. He was saved by Dragon NaturallySpeaking 9 – not a kung fu troupe, but a computer dictation program. Comprised of his memories of life on set, plus the occasional rant to the studio bosses, the tome is a treasure trove of muscle-movie memorabilia, featuring photos of him kicking ass with such action legends as Brandon Lee, David Carradine, Dwayne “The Rock” Johnson and Jackie Chan.

Now he’s due for a comeback, thanks to a crowd-funded web series called Awesome Asian Bad Guys that will bring him together with such kickass peers as Yuji Okumoto and George Cheung. It is being put together by filmmakers Patrick Epino and Stephen Dypiangco. “I had not worked in eight years,” Leong says, “and all of a sudden these guys asked me to do Awesome Asian Bad Guys. And I said, ‘Well, I’ll try it.’ They gave me a script. I had two weeks. I played with it and I thought, ‘I can do this.’”

“We were drawn to Al because he’s badass,” says Epino. “Growing up in the 80s and 90s he was in all the action movies we ever saw. He naturally left a huge impression on us during our formative years. There weren’t a lot of roles for Asian actors in the 80s and 90s, so he’s like the opposite of Gedde Watanabe’s Long Duk Dong character in Sixteen Candles. One was for pure comic relief at a whole people’s expense and the other was for kickass shoot-’em-up awesomeness. He just died a lot.” He was also, Epino says, “actually the reason I have a moustache today.”

Leong may not have the awards, the mansion, the stacks of cash or his name in lights, but he’s still hungry to get back in the saddle. After all, who else can claim to have perfected the art of dying on screen? “Even though I turn 61 at the end of this month, there’s something that just says, ‘Get up and get out!’ I’m still alive and there must be a reason for it, I guess. I wouldn’t change anything.”